As the legendary car designer Giugiaro leaves the ItalDesign design house he created in 1968, we look back at the first 20 years of his work 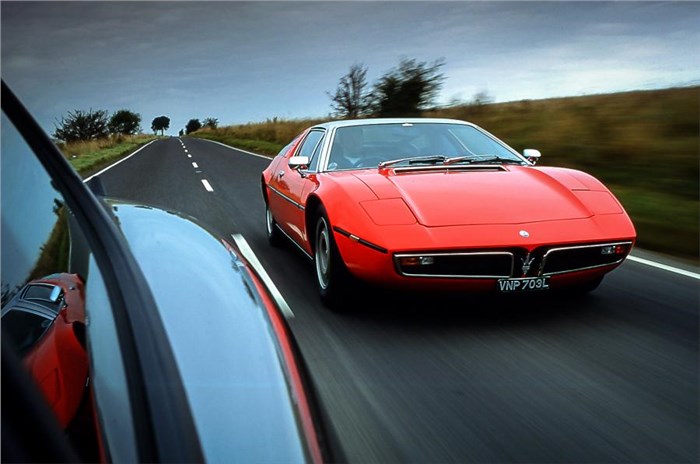 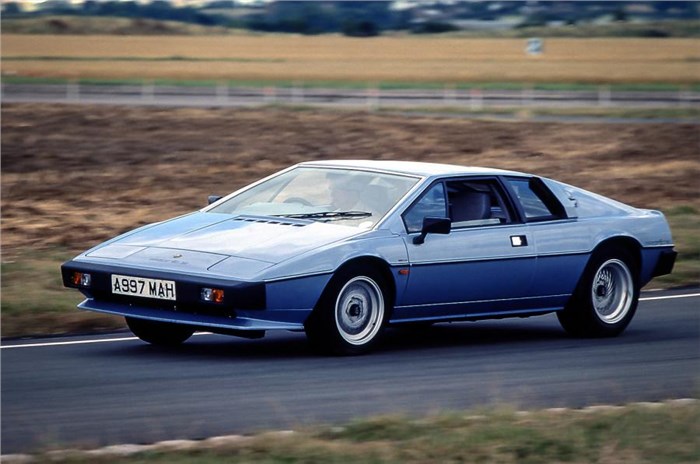 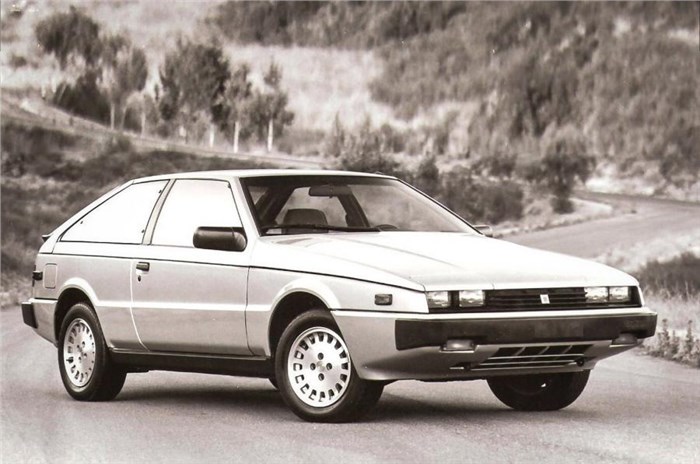 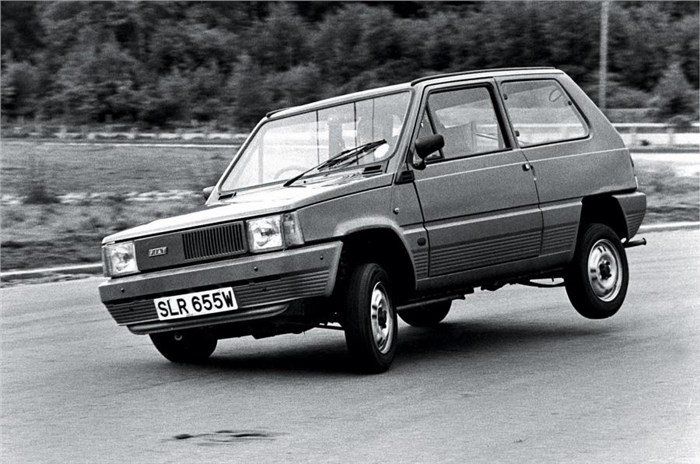 Legendary designer Giorgetto Giugiaro has sold his remaining shares in tuning house Italdesign to Audi, bringing to an end his participation in the company he founded in 1968 and completing a deal which began with a 90.1% sale to Audi in 2010.

While many of Giugiaro's most recent designs, including the Parcour 4x4 and Clipper MPV - are regarded as the latest in a long line of successes, it's the firm's vehicles from the 1970s and 1980s that are thought of by many as his best work. In 1988, our sister-magazine Autocar UK celebrated the 20th anniversary of ItalDesign with a look back at the company's greatest acheivements.

Making the master - 20 years of Italdesign

The Audi 100 is among the most beautiful three-box cars of recent years, a masterpiece of understated excellence. Its proportions perfectly measured, its parts in harmonious relation to the whole, its details pleasingly rational. There are people who say the shape was Giugiaro’s creation, but, bound by some code of motor industryomerta, he makes no claims. Probably no-one outside Moncalieri or Ingolstadt really knows the truth, but the irony of the situation must be specially poignant as ItalDesign celebrates 20 years in business and Giugiaro approaches 50 years on earth.

It is a part of the professional designer’s contractual obligation to his clients not only to protect their interests by scrupulous confidentiality but also to subordinate his own ego to the corporate will. Raymond Loewy, the stylist whose self-regard was rivalled in its towering dimensions by Giugiaro’s more enchanting creativity, experienced similar frustrations. One Leonard Lord of BMC commissioned some designs from the cologned and pomaded Franco-American. Years later, Loewy "phoned from New York to ask what had become of them. With patrician disdain Lord replied ‘My Goodness, Mr Loewy! We never intended to use your designs, only to find out what you were thinking'". As in-house designers in Seoul take credit for his work and as Fiat gives the new Tipo to the new Turin design office, IDEA, in order to keep ItalDesign, as ItalDesign is experiencing the paradoxical pains of success.

Giugiaro was born in 1939 in the little town of Garessio in the province of Cuneo northern Italy. He was taught drafting by Professor Gio Besso at the Academy of Fine Arts in Turin, when in 1956 the great engineer of the Topolino, Dante Giacosa, persuaded the 17-year-old to join the staff at Centro Stile Fiat. Here he soon distinguished himself by an exceptional ability as a visualiser, but a restless muse provoked him to work outside the manufacturing industry and soon he was at Bertone (where he designed the Alfa Romeo Giulia GT of 1964) and briefly chief executive of Ghia's ‘ufficio tecnico e stile' (which he produced the Maserati Ghibli and de Tomaso Mangusta of 1966) before setting up ItalDesign in 1968 with the three partners.

The fact that he chose a neologism instead of the traditional family name showed that Giugiaro was embarked on a collaborative exercise. The fact that he had a clearly established 'handwriting' from early on showed that ItalDesign was not going to be a traditional carrozzeria, compliant to a manufacturer's whim. The famous Torinese coach-builders - Bertone, Pininfarina, Ghia - all grew out of artisan trades and only later added design and styling to their portfolio.

Still today, Bertone and Pininfarina are involved in producing cars for manufacturers. ItalDesign is different because it only builds prototypes. Giugiaro says he is not crazy about cars, just crazy about styling them. With prototypes, ideas can be turned around in three months; with production, ideas hang around for a long time, as they became locked into an eight-year life cycle. In the 20 years of astonishing creativity since 1968 when ItalDesign showed the Bizzarrini Manta, Giugiaro has become perhaps the most imitated and innovative of all consultant product designers. His work, both inside and outside of the automotive industry, combines a sensuous appreciation of style and form with a sympathy for technology and the disciplines of production that is rarer than it should be.

Giugiaro's style is so attractive it reverses the trend and is the very opposite of inimitable. Rather, it has become a global language of car design, copied everywhere. Long before he became famous he had enormous esoteric influence in his work on the Alfasud (1971), the Volkswagen Golf (1974) and the Fiat Panda (1980). All these cars have a crisp, razor-edged elegance and if they are lacking in details or in human factors this is perhaps as much to do with lack of nerve with the manufacturer as with deficiencies of the designer.

Giugiaro is not merely fluent with a Magic Marker. With the Panda he realised to the full the collaborative potential of ItalDesign. The first stage of the presentation included two full-scale models, four alternative solutions for the sides, a buck of the passenger compartment and a comprehensive study of the competition. When these proposals were approved, Fiat requested ItalDesign to start production studies, build a master model, design provisional tooling and engineer pre-production prototypes.

Within a year 20 rolling chassis had been made. It was in these simple cars that his fresh genius became apparent. Thus, Giugiaro saw a giant manufacturer not as an intimidating client, but rather as an enabling resource - and in this sense Giugiaro has reversed the traditional designer-client role. It was the oil crisis of 1973 that changed his views about design. Having established a particular model of stylish sports car, he changed to a more practical, more functional one. He said: "I contributed to making that long, low, sleek car fashionable and now it is time to change. I have to eat, you know."

The MegaGamma and its commercial derivative the Fiat Uno are examples of this. While virtually every stylist had in the past concentrated on longer-lower-sleeker-faster, Giugiaro now showed that as much characters art, style, chic and design could be got into a box with the specification of a kitchen as into an exaggerated wedge with superannuated racing hardware. Giugiaro’s first phase has had its critics, including Ford's Uwe Hahnsen, who said the sharp and angular Golf belonged to the ‘Origami school of design and that the Lotus Esprit only looked dramatic because of its inhuman proportions. But Volkswagen has demonstrated its faith in the original idea by approving the 1983 Mark II, Herbert Schaefer’s warm-up to the original.

The chief characteristic of artistic genius is in its ability to change and adapt, but remain consistent to its goals. Around 1970 ItalDesign was working on cars like the Tapiro, a classic Giugiaro wedge based on a Porsche platform. Yet even with the constraints of the sports car shape you can see a search for new volumes and an ingenious arrangement of spaces all within an elegant and arresting envelope. After 20 years of cumulative success built on cumulatively successful ideas, Giugiaro is in strange position. Third level manufacturers embrace him and tarnish a carefully image. When he goes in to the Ristorante del Cambio, diners don't whisper in awed hush "that's the man who designed the Hyundai Stellar.” At the same time, the majors, having learned what they can, are staying at home or shopping elsewhere.

The Japanese, meanwhile are now 'designing' even the parts of the cars you don't normally see , such as differential casings and suspension turrets. Giugiaro’s chief competitive advantages are consistency and inventiveness. It is tempting to see his career so far like sonata form in music: exposition, development, recapitulation. From sports cars to city cars to sports cars and city cars combined. Twenty years on, the Aztec is reminiscent of GM’s Firebird III of 30 years before. That car’s designer was Harley Earl. He once described the purpose of his vocation as being to give the customer a sense that when they get in the car they go on vacation for a while.

The Giugiaro achievement is to realise this – and make money at the same time. In prototypes like the weird Machimoto or the astonishing Aztec you have a demonstration of the pleasure principle applied to driving. In perfect little machines like the Panda and Uno you have responsible style bringing in hatchbacks of royalties. Soon ItalDesign will be floated on the Milan Borsa Valori. With social pressures on the motor car becoming intense, the next 20 years will be fascinating to watch as Giugiaro ceases to be responsible merely to his muse, but to stockholders in traffic strangled cities.