One of Honda’s highest-selling motorcycles gets a safety update. 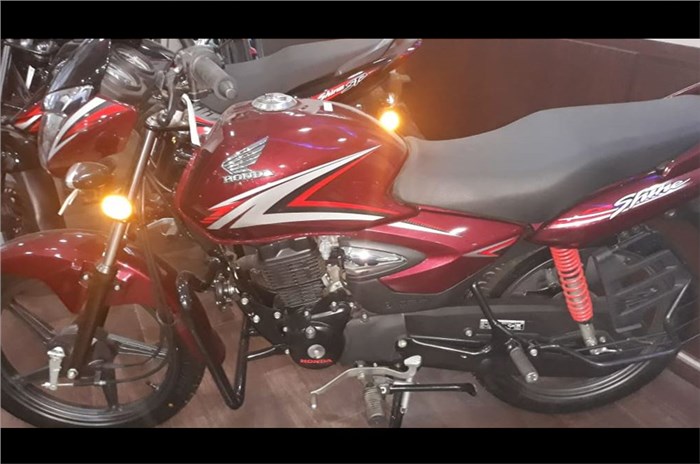 Honda’s CB Shine series has been one of the brand’s most successful motorcycles in India. Late last year, the brand announced that the CB Shine range have developed a customer base of over 70 lakh in the country. Both motorcycles are available in the market as drum- and disc-brake variants. The disc-brake variant has already been on offer with the option of having CBS (Combined Braking System); and Honda has now made the feature available on the drum-brake model as well. CBS is Honda’s version of linked brakes – a safety feature that will be mandatory from April 1, 2019. It applies both the front and rear brakes when the brake lever is pressed.

Both the CB shine and CB Shine SP are powered by a 124.73cc, air-cooled, single-cylinder engine that produces 10.1hp at 7,500rpm and peak torque of 10.3Nm at 5,500rpm. The primary difference between the two is in their transmissions. The CB Shine is equipped with a 4-speed gearbox while the Shine SP gets a 5-speed unit.

The CB Shine Drum Brake is priced at Rs 57,779 and the new CBS-equipped version will set you back Rs 559 with a price tag of Rs 58,338. The CB Shine SP Drum Brake costs Rs 63,539 with its CBS variant costing the same premium at its price point of Rs 64,098. With all bikes below or equal to 125cc being required to be fitted with CBS before April 1, 2019, Honda will discontinue the non-CBS variants in the near future.