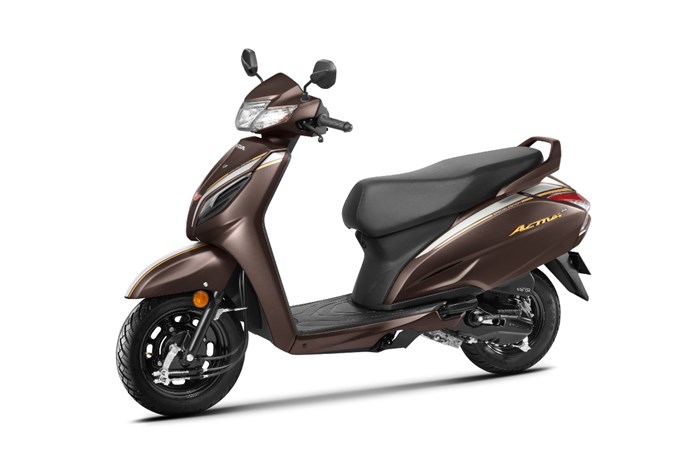 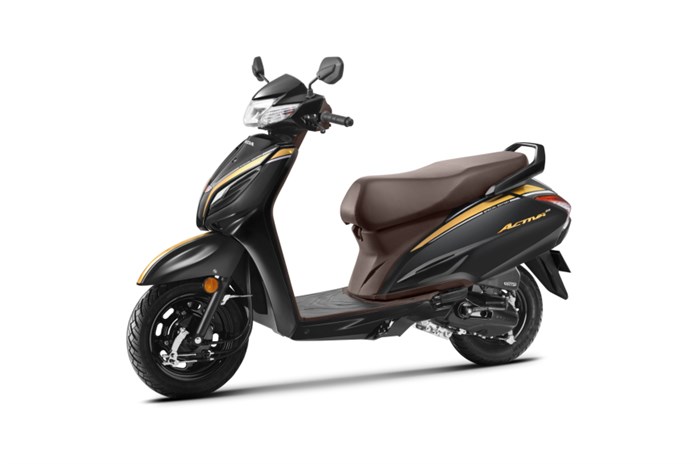 The special edition variant of the Activa 6G that celebrates the model’s 20th year in India, comes right in time for the festive season. Like the standard 6G, it’s available in two variants, however, it can only be had in two colours - Pearl Nightstar Black and a new shade called Matte Mature Brown Metallic.

This special edition of the Activa 6G also features other minor cosmetic changes. The grab handle on it isn’t finished in silver like the standard version, and it comes colour coded on this edition. The scooter also features a Activa badge finished in a gold colour, a 20th anniversary logo and stripes.

In addition to these changes, the wheels and engine casing are also finished in black instead of silver.