The 2020 Honda Activa 6G represents a true generation change over the model it replaces. 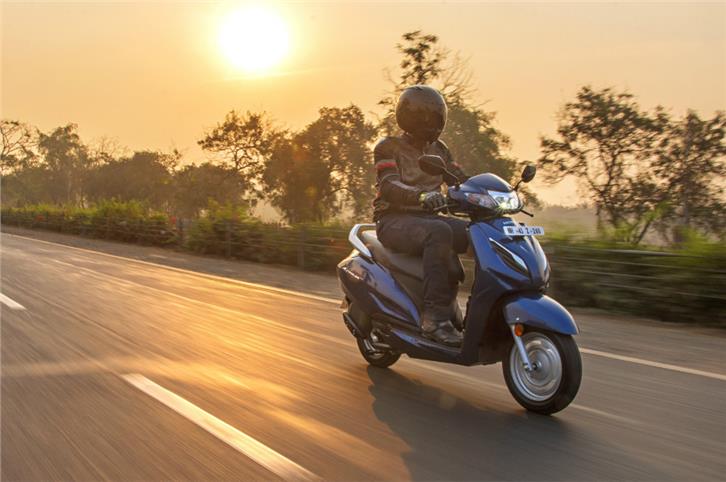 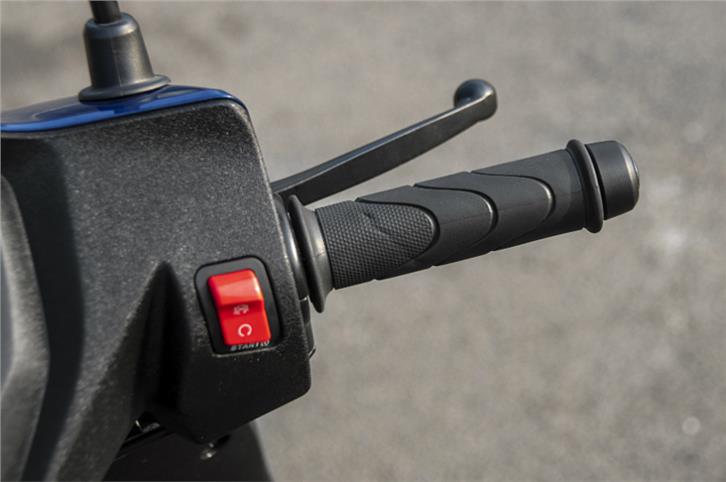 The kill switch doubles up as a starter button. 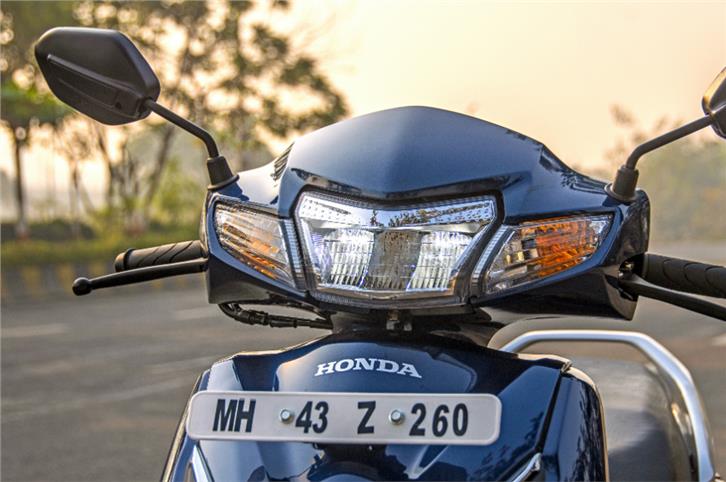 The Deluxe variant gets an LED headlight.

It’s not often that an entire segment gets referred to by the name of a single product. Imagine how ridiculous it would be if all hatchbacks were called Balenos or if all mobiles phones were referred to as Samsungs. Well, Honda has managed to pull that off to quite an extent in India. Its Activa has amassed such popularity that some people go about calling all scooters Activas. One of the big reasons the Activa has become such a powerful name is because it's proven to be a very reliable machine over the last twenty years. And of course, there's the badge from the revered manufacturer that it wears.

That said, the scooter buyer of today has evolved and are now comparing every single specification. Sheer reputation isn’t enough anymore and that’s the reason why the Activa has gotten what probably might be its biggest and most important update yet. 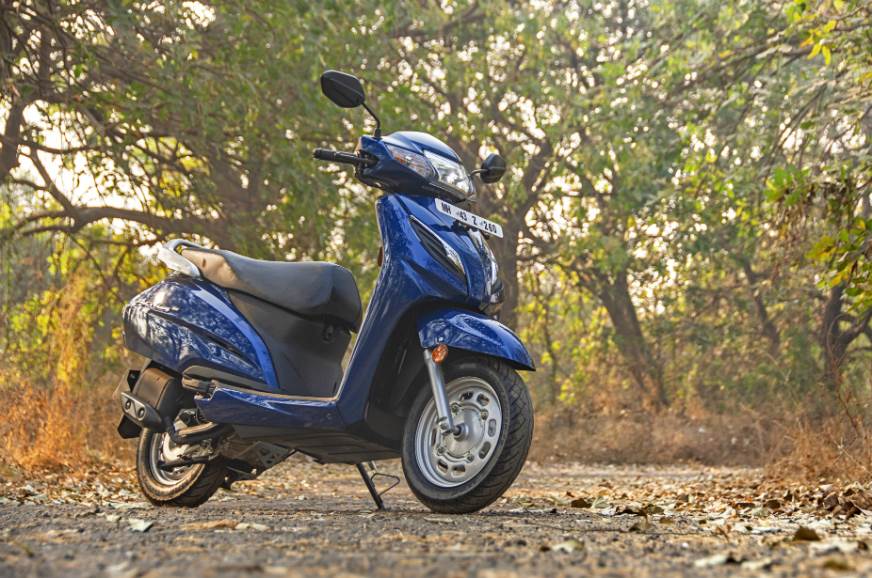 Activa enthusiasts will be happy to know that the scooter still retains its metal body.

Honda has played it safe with the cosmetic update on the 6G and it’s only received a minor facelift. The scooter now looks a little sharper from the front thanks to the sleeker-looking headlight and redesigned chrome accents on the apron. The mudguard is now less rounded, and looks similar to the one on the Activa 125. The side panels haven't changed that much but they now have a slightly sharper rake towards the rear. While we are on the subject of side panels, I'd like to mention that the plastic bits in this area did feel quite flimsy.

Moving on to the rear, it's completely new and also borrows inspiration from the Activa 125 for the tail-light. Activa enthusiasts will be happy to know that the scooter still retains its metal body and it’s only the headlight fascia and the centerpiece of the apron that’s made of plastic. 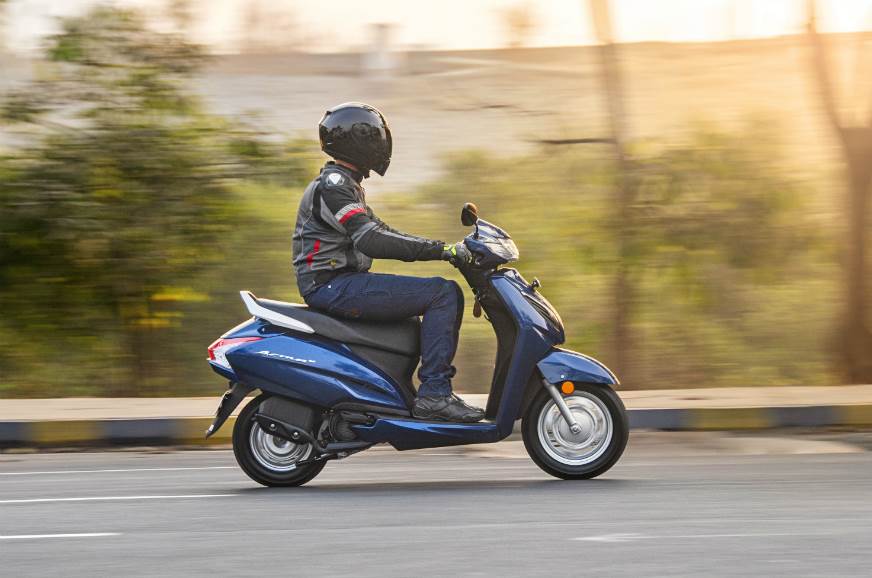 Acceleration is rather lethargic and the 6G struggles to accelerate above 75kph.

The increased wheelbase, telescopic fork at the front and 12-inch front wheel have brought about an evident transformation. Honda tells us that the frame on the 6G is nearly identical to the one on the Activa 125, with the only difference being that the latter’s has been strengthened to better cope with additional weight and power.

The scooter doesn't feel as nervous at higher speeds anymore and changing lanes is a lot easier, but there’s still a slight flighty feeling above 60kph. The improved handling and stability also doesn't come at the cost of ride quality as the scooter soaks up potholes and undulations very well.

Like with Honda’s Activa 125 and SP 125, the engine on the Activa 6G is an all-new affair. It has a different bore and stroke (the latter’s now longer) and now uses fuel-injection instead of a carburettor. As with many BS6-compliant engines, both power and torque have gone down – by 0.17hp and 0.21Nm, respectively. It doesn't come as a surprise that this Activa isn't a very quick scooter. Acceleration is rather lethargic and the 6G struggles to accelerate above 75kph. During our shoot, I was riding next to an overly enthusiastic individual who was on an Activa 5G and he managed to pull away quite easily, despite me having the throttle pinned.

That said, the 6G feels extremely refined at all speeds, much more so than the 5G, and many buyers will also appreciate how unbelievably quiet the new engine is. There were times when I felt like the engine wasn’t even running. While the performance has gone down, Honda is claiming that 6G is 10 percent more fuel efficient. 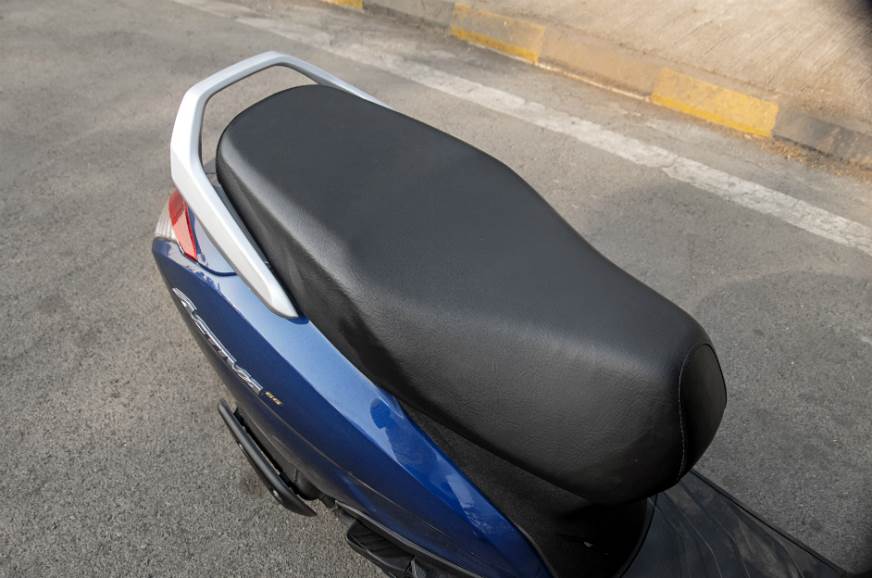 As for ergonomics, it’s capable of accommodating people of most sizes, but very tall ones won't be comfortable. The handlebar is positioned quite close to the rider, which means taller folks will have to sit further back and the bar comes in contact with the rider’s knees at full lock. Your feet will be comfortable though – they don’t sit too high, and the room on the footboard is adequate as well.

Honda has gone a bit backwards with the display as the 5G’s digi-analogue unit has been replaced with a basic analogue cluster. However, the 6G has gained a bunch of features. It now gets a kill switch that also doubles up as a starter button. The starter is of the silent-start type like we’ve seen on the Activa 125. The 6G also gets a pass light switch which is a small but useful touch. Another far more useful addition is the external fuel filler cap that can be opened remotely via the key fob. Lastly, with the more expensive Deluxe variant, you’ll also get an LED headlight, similar to the 5G, that we’ve not yet had the opportunity to try out at night. However, as nice as these features are, we wish Honda had also given priority to a front disc brake because the performance from the drum brakes is quite weak and disappointing. 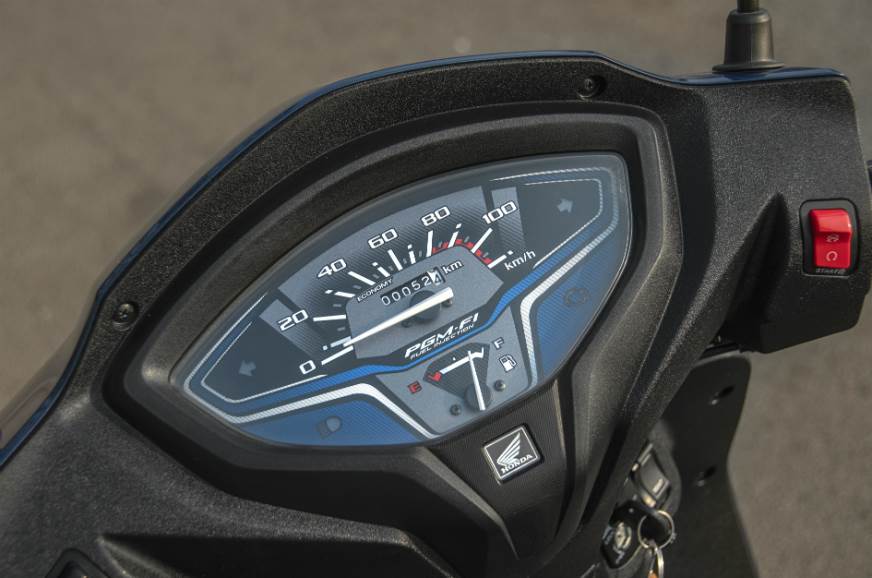 Basic analogue instrumentation on both variants.

The Activa 6G is definitely a better scooter than its predecessor. Not only is it greener, but also a lot better equipped and it has a lot more going for it as an overall product. However, these updates come at a price - Rs 63,912 (Standard) and Rs 65,412 (Deluxe).

It now costs Rs 7,500 more than the 5G, which is about okay when you consider all the work that has gone into it. It’s also only slightly more expensive than its direct rival, the TVS Jupiter (Rs 61,449-67,911). However, what remains the same as before is that Honda charges you quite a premium for its products and that you can get better performing 125cc scooters in base trim from Hero, TVS and Suzuki for about the same price.