The event saw the showcasing of some exciting India-bound motorcycles, along with a host of activities for participants to take part in. 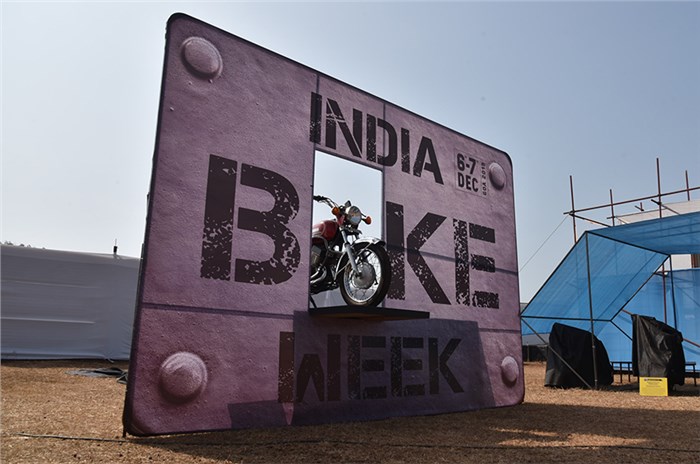 Two days of celebrating all things motorcycles at India Bike Week 2019 in Vagator, Goa, have come to an end. The event was held over December 6-7, with the attendance of over 15,000 people, motorsport personalities and multiple manufacturers, a few of which also showcased some models for the first time. Let’s take a look at some of the bikes that were on display and the activities that IBW 2019 had in store for us.

KTM had the most comprehensive line-up on display at its stall, with bikes from its Freeride range, along with the RC16 MotoGP machine and Matthias Walkner's Dakar bike. The highlight, however, was the 390 Adventure that made its India-debut at the event. The 390 Adventure uses the same 373.2cc single-cylinder engine, producing an identical 43hp (44hp in international markets, like the Duke and RC) and 37Nm. The 390 Adventure gets Metzeler Tourance tyres against the Continental TKC 70s seen on the bike in EICMA. The big difference is that the India-spec bike misses out the adjustable USD fork that the international-spec bike is equipped with. However, it does get certain segment-first features like a bi-directional quickshifter (available as an option overseas), cornering ABS and switchable traction control.

To read more about the bike, head here. KTM was expected to launch the 390 Adventure at IBW, but that has now been postponed and the wait for price continues until January 2020. That said, given the specifications and hardware on offer, we expect to see an ex-showroom price of around the Rs 3-3.2 lakh mark. 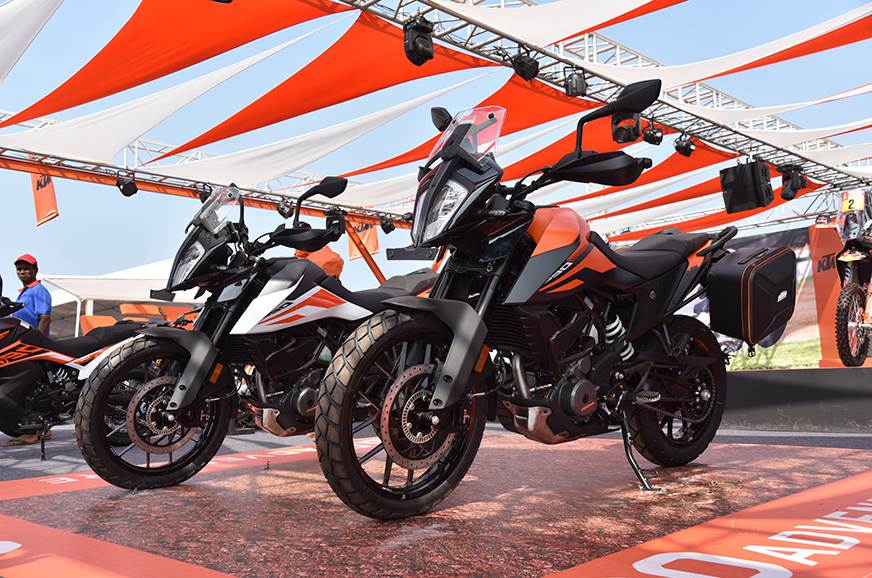 While we knew Husqvarna would be making its entry into our market at IBW 2019, it surprised us with two all-new models – the Svartpilen 250 and the Vitpilen 250. The Vitpilen is the café racer-styled version, while the Svartpilen is the scrambler, and just like the larger iterations of the bikes, these two are also based on their KTM counterparts. And so, the two Husqvarnas share mechanical components with the KTM 250 Duke and are powered by the same 248.8cc, single-cylinder liquid-cooled motor, mated to a 6-speed gearbox. The bikes make 31hp and 24Nm, and weigh 153kg (dry).

The styling is identical to their respective 401 counterparts, except that the duo uses alloy wheels instead of wire-spoke units. The Vitpilen 250 and Svartpilen 250 will be sold from existing KTM dealerships, acting as a more premium iterations of the 250 Duke; and considering their unique styling, the additional costs shouldn't come across as too much. The bikes will go on sale from February 2020 and an ex-showroom price of Rs 2-2.1 lakh is what we could see these bikes carry. 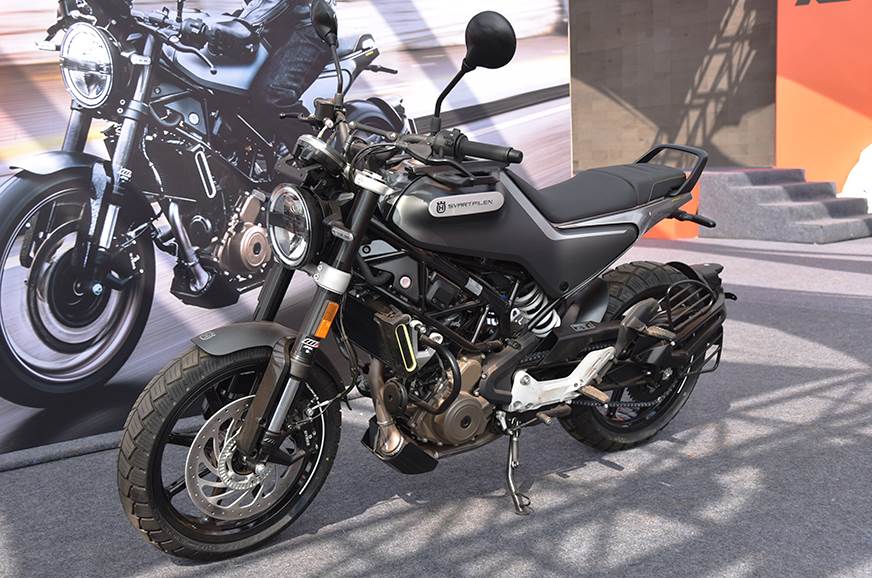 Another point of interest at the KTM stall was the 790 Adventure that will be launching here sometime next year. The 790 Adventure is available in international markets in a standard variant and a higher-spec 'R' variant, and only time will tell whether both variants will make their way here.

Both, however, employ the same 799cc, parallel-twin engine from the 790 Duke, albeit in a different state of tune. On the 790 Adventure, it produces 94hp and 88Nm of torque, down from 790 Duke's 105hp/87Nm. Both are also equipped with a 21-inch front wheel and identical braking hardware. However, the 790 Adventure R uses a wider, 48mm WP XPLOR front fork with a massive 240mm suspension travel, while the stock bike features a 43mm USD fork with a still substantial 200mm of travel.

KTM is expected to bring in the 790 Adventure as a CKD with a low level of localisation, just like it has done with the 790 Duke. While we'll have to wait until next year for information on pricing, here's an idea of how much it will likely cost. The 790 Duke in India is priced at Rs 8.64 lakh (ex-showroom, pan-India). Meanwhile, in the United Kingdom, the price difference between the Duke and Adventure is about 25 percent – the 790 Duke costs £8,799, while the 790 Adventure is priced at £11,099. If the difference in cost remains similar in India, it would mean that the 790 Adventure would get a price tag of around Rs 10.8 lakh (ex-showroom). 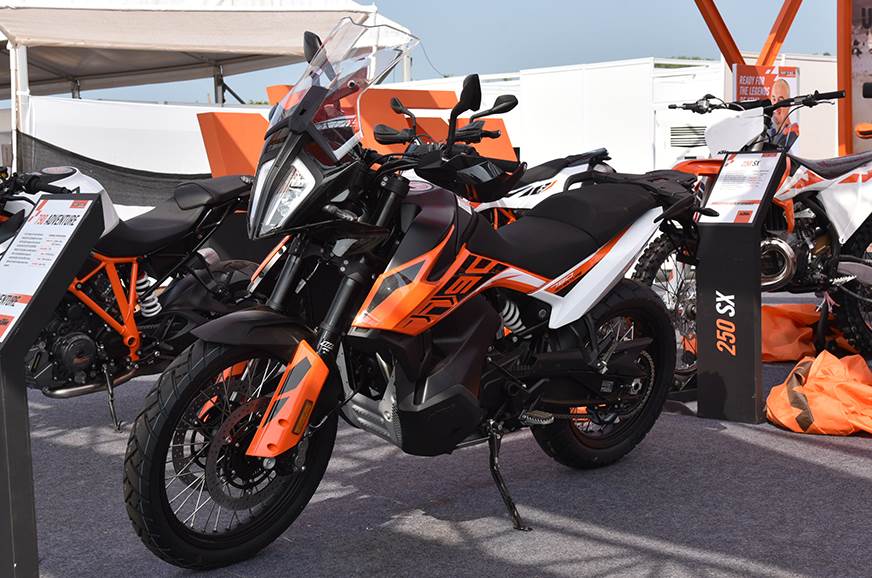 A day before the event, Triumph launched the Rocket 3 at Rs 18 lakh (ex-showroom, Delhi) and then put the bike on display at IBW. The new Rocket 3 is based on an all-new platform and is available in two variants internationally – Rocket 3 R and Rocket 3 GT; and for now, only the former has made its way here.

The Rocket 3 is powered by a new 2,500cc, liquid-cooled engine – making it the largest unit to be fitted on a mass-produced motorcycle. The motor produces 167hp at 6,000rpm and a whopping 221Nm of torque at 4,000rpm. It is also significantly lighter (by 18kg), thanks to a new crank case assembly, lubrication system and balancer shaft. In fact, the bike itself is over 40kg lighter than its predecessor.

Suspension duties are taken care of by 47mm, compression and rebound adjustable Showa USD forks (with 120mm travel) at the front and a monoshock at the rear, with a Showa piggyback reservoir and remote adjuster (with 107mm travel). Braking, meanwhile, is handled by twin 320mm discs at the front with Brembo Stylema four-piston monobloc calipers (the same ones seen on the Ducati Panigale V4), and a 300mm disc at the rear with Brembo M4.32, four-piston calipers.

The closest competition the Rocket 3 R has is the Ducati Diavel that is priced almost exactly the same, at Rs 17.7 lakh (ex-showroom, India). 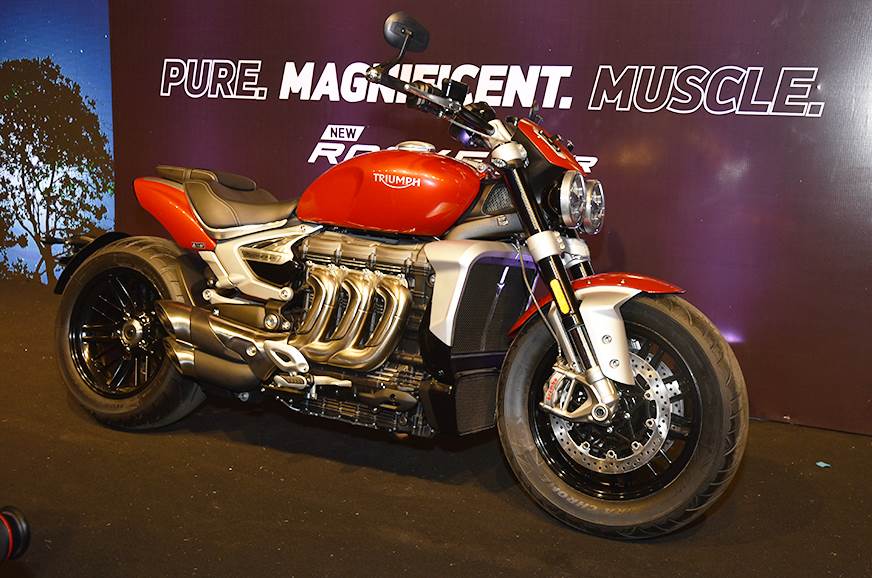 Orxa Energies is a Bengaluru based company that revealed its Mantis e-bike for the first time at the event. Founded by Ranjita Ravi, Prajwal Sabnis and Amrudesh Santhanam in 2015, with an aim to build an electric sports bike, the start-up is a part of the Airbus BizLab acceleration programme for entrepreneurs.

The company claims some rather impressive stats for its first e-motorcycle, with a top speed of 140kph, a 0-100kph sprint time of 8sec and a range of 200km per charge. It comprises six swappable batteries – a total capacity of 9kWh – with the company claiming that a full charge will be achieved in less than 3.5 hours.

However, the battery pack weighs a total of 63kg, making the task of carrying all six at once nearly impossible for the regular customer. The bike itself weighs in at 175kg. This electric street bike is equipped with a 7.0-inch “fully digital, sophisticated dashboard and an app for ride analytics, diagnostics and preventive maintenance.”

Orxa has said that it also has other products in its pipeline, including an electric trike. Orxa says that the bike is expected to be priced between Rs 3-4 lakh when it goes on sale later next year, however the prototype shown at IBW seemed to be quite far from being production ready. 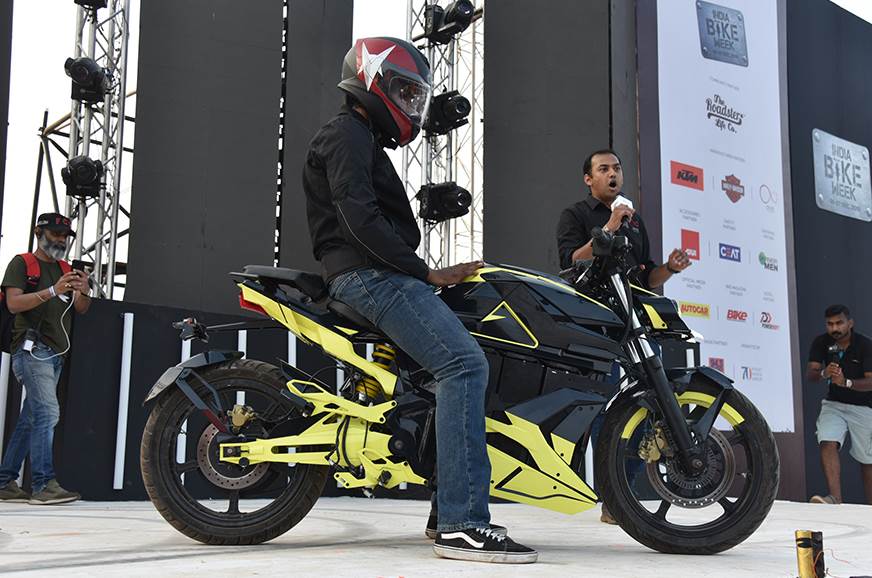 Harley-Davidson, in collaboration with Rajputana Customs, set up a flat-track at the venue and gave participants the opportunity to experience the sport atop flat-track-prepped motorcycles based on the 750cc Harley-Davidson V-twins. The contestants were given a few practice laps before they had a go at four timed laps – the fastest of which would take them to the next round. The last couple of rounds saw the final few races at the same time, with a total of Rs 1 lakh in prize money up for grabs. Entry was free for participants. 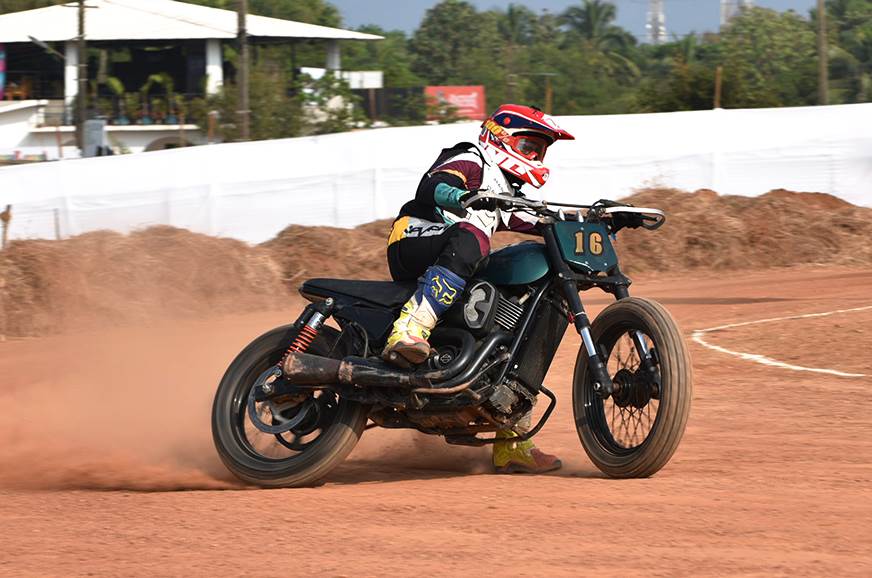 Right across the Harley-Davidson flat-track was a little enclosure that also witnessed a packed audience over both days. KTM stunt rider Rok Bagoros judged a number of Indian stunt riders’ performances and the winner got the opportunity to perform alongside him at the end of Day 2. Tony from team Steel Silencerz won the competition.

Apart from the above mentioned events, there were a number of other things to keep enthusiasts engaged and entertained. These included an FMX show, a timed hill-climb challenge, a dyno, music from Pineapple Express and Ritviz, among other artists, and multiple stalls selling merchandise and riding apparel.