We list out five key things about the 2020 Xtreme 160R that will bring you up to speed on what the bike has to offer. 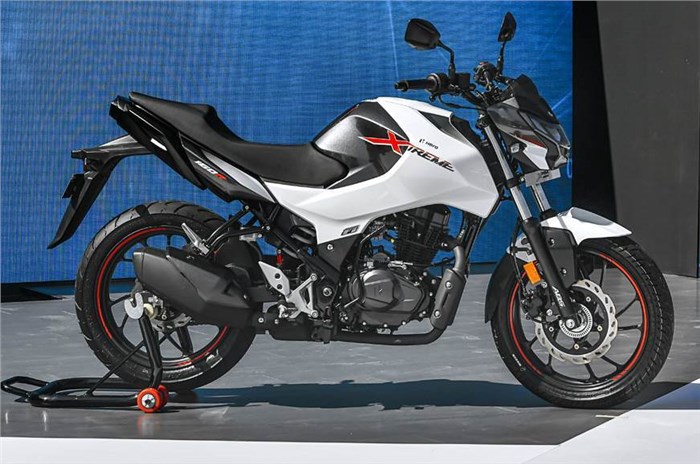 Hero MotoCorp recently announced that deliveries of its all-new 160cc motorcycle -  the Xtreme 160R - have commenced. The new motorcycle is based on the Xtreme 1.R concept showcased at EICMA 2019, and we first saw the production model at the Hero World Event back  in February. Now that it’s finally in a showroom near you, here are five things you must know about Hero’s latest offering.

It’s a first for Hero

The Xtreme 160R is the Indian brand’s first product in the premium 160cc segment. In fact, the rest of Hero’s more performance-oriented machines - like the Xpulse range and Xtreme 200S - are powered by 200cc engines. Hero also tells us that the Xtreme 160R will offer some segment-first features like all-LED lighting and a side stand engine cut-off feature.

It’s expected to be quick

Powering the Xtreme 160R is a relatively simple 163cc, two-valve, air-cooled engine, but Hero quotes a healthy 15hp at 8,500rpm and 14Nm of torque at 6,500rpm. The manufacturer also claims a 0-60kph time of 4.7sec, which is decently quick for a bike in this segment. For reference, the BS4 TVS Apache RTR 160 4V, which makes more power and torque, took 4.66sec for the same run in our tests. Considering the updates to meet BS6 norms saw the Apache lose a little power and put on a little weight, the Xtreme 160R might just be quicker in a sprint to 60kph.

It’s expected to be agile

A large factor in the Xtreme 160R’s quick acceleration is its newly-developed lightweight chassis. This diamond frame has helped the Xtreme 160R achieve the lowest kerb weight figure in its class - just 138.5kg. We had a very brief opportunity to ride the new Xtreme around Hero’s test track at the CIT facility outside Jaipur and it promises to be an enjoyably quick and agile machine.

Suspension hardware comprises a 37mm telescopic fork and 7-step adjustable monoshock. Braking, meanwhile, is handled by a 276mm disc at the front and a 220mm disc at the rear. There’s an Xtreme 160R with a rear drum also on offer. The bike comes with a healthy ground clearance of 165mm.

It’s got the show to match to go

As we’d mentioned earlier, the Xtreme 160R is based on the Xtreme 1.R Concept that was showcased at EICMA 2019. Most of the concept’s overall design has been, which easily makes the Xtreme 160R one of the sharpest-looking motorcycles in Hero’s current line-up and in the 150-160cc segment. Unlike the Xtreme 200R, which features a more conventional design, this motorcycle looks a lot sportier, with sharp lines and edges. Design elements like the stubby exhaust accentuate the sporty aesthetic.

Hero Xtreme 160R customers will be able to choose from two variants - the one with the rear drum or the disc brake version. The rear drum model is priced at Rs 99,950, while the rear disc variant costs Rs 1,03,500 (ex-showroom, Delhi). At this price point and with the specifications it has one offer, it undercuts other entry-level sport-nakeds like the TVS Apache RTR 160 4V, Suzuki Gixxer, Yamaha FZ V3.0 and the Bajaj Pulsar NS160.

We’ve compared the features and specifications of these bikes to see which one has the most to offer. Read about that here.