The announcement comes as part of Harley-Davidson’s Rewire business plan. 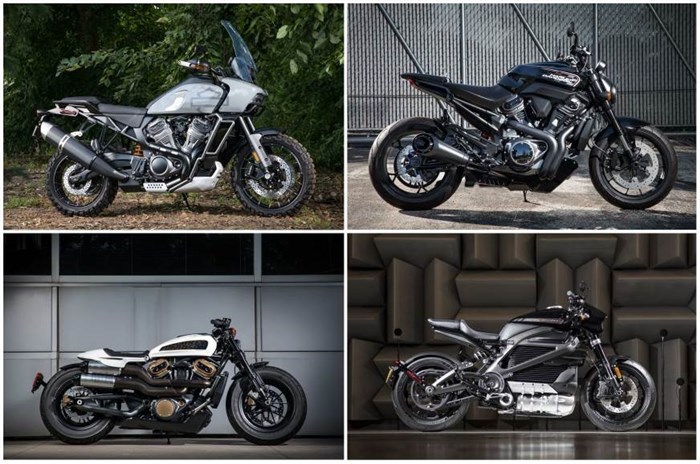 In May 2020, Harley-Davidson announced its new Rewire business model, and more recently, the company announced that it was cutting 700 jobs worldwide. Now, the American motorcycle manufacturer has stated that it will be streamlining the number of models it has planned for its line-up by about 30 percent.

Over the past year or so, we’ve seen multiple Harley-Davidson concept motorcycles emerge, which even included a faired model. However, some of these models may not see the light of day, owing to this latest announcement.

Details aren’t clear just but, but Jochen Zeitz, chairman, president and CEO, Harley-Davidson, has said that Harley will be launching its new adventure bike, the Pan America, in Q1 next year. Interestingly, no mention was made of the Bronx streetfighter, but we expect that it will also debut sometime later next year.

The American company says that it will balance future products between its new segments and its current strengths – which explains the recent emergence of new Harley-Davidson air-cooled V-twin engine patents. The company also announced that it will be shifting its traditional new-product launch timing of August to the first quarter of next year.

Another interesting bit in the company’s release stated that Harley-Davidson is looking at optimising its dealerships. There will be a focus on inventories to help reduce situations of discounting and price promotions, thereby helping preserve the premium value of the brand.

Harley says that it plans to thin down the number of countries it is present in, with a  focus on approximately 50 ‘high-potential markets’ around the globe. “The company is evaluating plans to exit international markets where volumes and profitability do not support continued investment in line with the future strategy.”

Business in India has been flat in India for the last few years, but our market should be safe given that Harley remains one of the top big bike players, has a strong HOG community, and has a manufacturing plant in Haryana for the Street platform as well as CKD operations.

We expect information updates to keep coming over the year, but the big announcements are likely to happen in Q4. This is when Harley-Davidson will talk about its new five-year plan called Hardwire, which goes into effect in 2021.