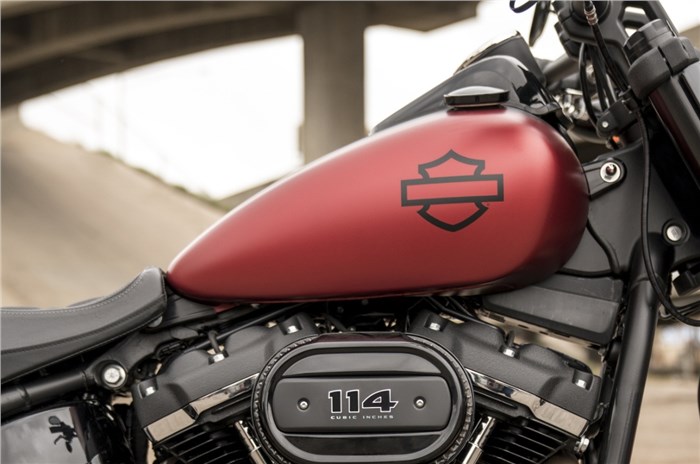 The upcoming bike has been teased with the words ‘further, faster’.

Milwaukee manufacturer Harley-Davidson has teased the launch of an upcoming motorcycle online, with the words “further, faster”. The unveiling is slated for January 26.

The company has managed to maintain secrecy about this upcoming bike, so almost nothing is known about it at the moment. But, the tagline of the teaser suggests that this could be a performance and/or touring-focused model.

The sharply swooping shape of the fuel tank in the teaser hints at a cruiser format, so perhaps, Harley’s new Revolution Max engine could be making its way into a third model.

What do you think Harley has in store for us? Tell us in the comments below.