The American brand has unveiled a new power cruiser and updated its CVO range. 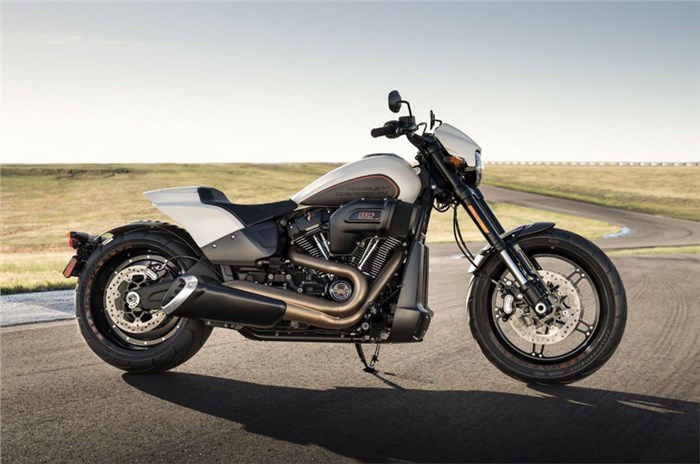 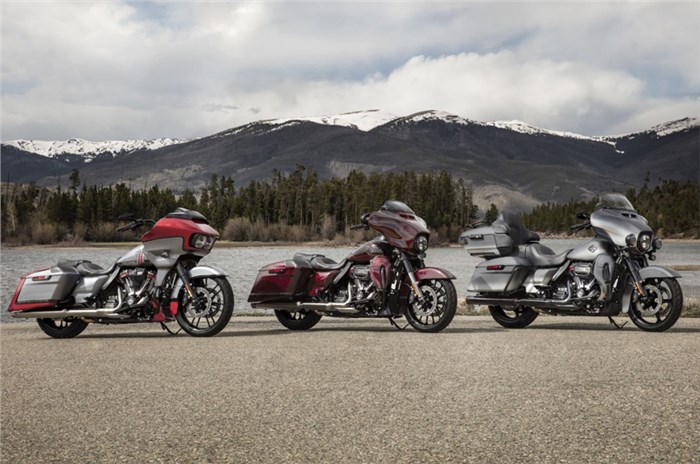 Less than a month ago, Harley-Davidson announced its radical new product plan that will see a sub-500cc Harley-Davidson for India, an adventure tourer, streetfighter and a range of electric bikes. However, this plan is for the near future. Now, the American motorcycle brand revealed a new power cruiser in the Softail line-up called the Harley-Davidson FXDR 114. The bike maker has also updated its CVO offerings with new technology.

The FXDR 114 is a motorcycle that looks like an attempt to fill the gap left by the now discontinued V-Rod. The aggressively-styled power cruiser, as Harley likes to call it, is based on the Softail platform and uses the company’s Milwaukee-Eight 114 engine. The FXDR 114 has all-LED lighting, keyless ignition and a digital instrument cluster. Above the headlight sits a small cowl that sharers its colour scheme with the bodywork. The tank on the new Harley is sleek and swoops down to meet the seat. The bike has a chopped of tail that ends much before the rear wheel and looks even more aggressive than its sibling, the Fat Bob. The raked-out fat fork at front also endows the bike with a mean stance.

Harley says that the bike has been designed with a number alloy and composite components to reduce the overall weight, which includes a new subframe and swingarm. The FXDR uses an upside-down fork and a monoshock for suspension duties. The motorcycle also has a new air intake that has been inspired by NHRA drag bikes. Powering this bike is the 1,868cc motor that makes a claimed 161Nm of torque. The tyres on the bike are 120/70 R19 at the front and 240/40 R18 at the rear. The FXDR 114 has a kerb weight of 302.9kg.

The Harley-Davidson CVO line-up has received cosmetic and tech updates for 2019. The line-up still includes the three variants – CVO Limited, CVO Street Glide and CVO Road Glide – and they all get new styling elements and a new audio system. All three bikes also feature a “Blaze Red” band on the Milwaukee-Eight 117 motor they use. Other than this, they also get new colour schemes. The CVO Limited is the only model in this line-up that is available in India.