The programme will be spearheaded by Gurvinder Singh and Anand Dharmaraj, who recently underwent a training course designed by global DRE instructors. 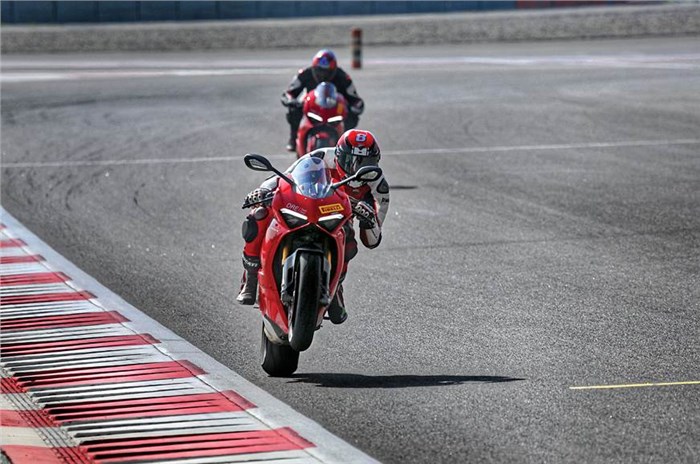 Ducati has announced that it will be launching the Ducati Riding Experience (DRE) racetrack training programme in India. This announcement comes shortly after Gurvinder Singh and Anand Dharmaraj were certified as DRE racetrack instructors after undergoing a training programme that was held in Thailand. Both, Gurvinder and Anand will spearhead the DRE racetrack training that will be held in India.

Gurvinder is a multiple-time JK Tyre Superbike Championship winner who became the first rider to win the Championship on a stock Panigale V4 last year. Anand, meanwhile, is the chief trainer for Bengaluru-based Indimotard TWO track school and has a lot of track time in his possession. Ducati has also said that it will host one-on-one training sessions for those owners who wish to better their track riding skills even further.

Sergi Canovas, managing director for Ducati India, said “It gives us immense pleasure to announce the start of the DRE Racetrack programme, and becoming one of the first luxury motorcycle brands in India to do so. We’re committed towards providing the best adrenaline-pumping experiences for our Ducatisti and after announcing the Ducati Race Cup, Ducati India is working hard to develop this sport in India.”

We were part of the first DRE track day in India where Alessandro Valia, Ducati’s chief test rider, was the instructor. To read all about it click HERE.