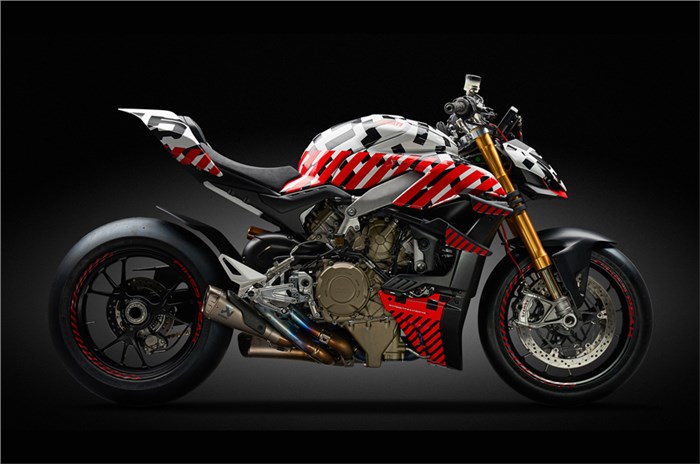 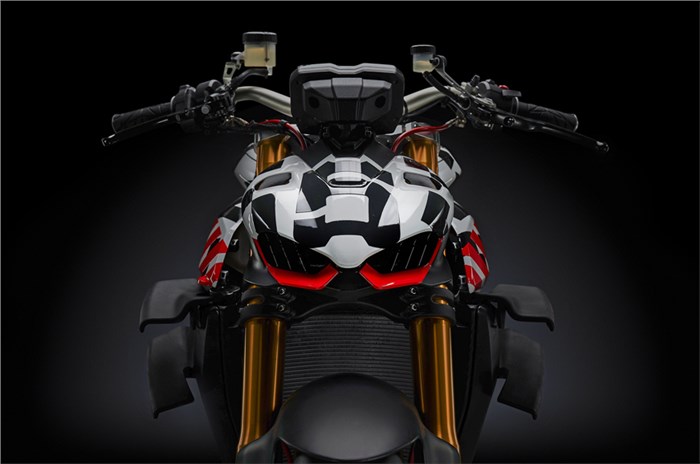 It’s not often that a motorcycle manufacturer reveals a prototype before its launch. Ducati, however, seems to have broken that tradition and has gone ahead revealed its upcoming Streetfighter V4 months before its official showcase, and it looks menacing! That's not it though, the Italian company has also announced that it’ll be racing the prototype at the Broadmoor Pikes Peak International Hill Climb and it’ll be ridden by last year’s winner – Carlin Dunne.

The Streetfighter V4 derives directly from the Panigale V4 stripped of its fairing. It has what appears to be the same fuel tank, seat section, and rear end. The Italian motorcycle company has, however, made a few additions to give the bike an aggressive design naked bikes are associated with. On both sides of the tank are small extensions, which point towards the alien-looking headlight – one of the design highlights. Another interesting styling element is the unconventional belly pan; unlike most pans, it doesn’t cover the bottom half of the engine. This is something we have seen Ducati do before on its older Streetfighter 848.

Mechanical components like the wheels, suspension, brakes and frame look identical to its fully faired counterpart, the V4 Panigale. The Streetfighter, however, does feature a taller handlebar and revised footpeg position that will result in an upright riding position.

The prototype has also been revealed in "pixelated" livery, which Ducati claim exalts the design lines and doesn’t hide them, deliberately revealing how the bike will finally look.

There’s one more interesting addition – the big naked in the images is seen sporting wings. While these could be only for the hill climb the prototype is set up for, there is a possibility of them making it to the road bike, most probably as a removable accessory.

The 1,103cc, V4 mill on the Panigale pumps out 214hp at 13,000rpm and 124Nm at 10,000rpm. While the engine itself won’t go through a major change, it will be returned significantly. This means the horsepower figure may go down, peak power will be generated at a much lower rpm figure, giving the bike rideability and punch a lot earlier in the rev range.

Where things will get really interesting is in the weight department. The Streetfighter will most likely be noticeably lighter than the fully faired Panigale V4 which already is a motorcycle with an astounding power-to-weight ratio of 1.1hp/kg. For reference, the Panigale V4 tips the scale at 198kg.

"The Streetfighter V4 will be one of the stars of the Ducati World Premiere 2020," said Claudio Domenicali, CEO of Ducati. "Streetfighter V4 is the Panigale for road riding; so there was no better stage than the Broadmoor Pikes Peak International Hill Climb for what will be the highest performance Streetfighter ever put into production,” he added.

The Ducati Streetfighter V4 will be presented to the public at EICMA 2019. 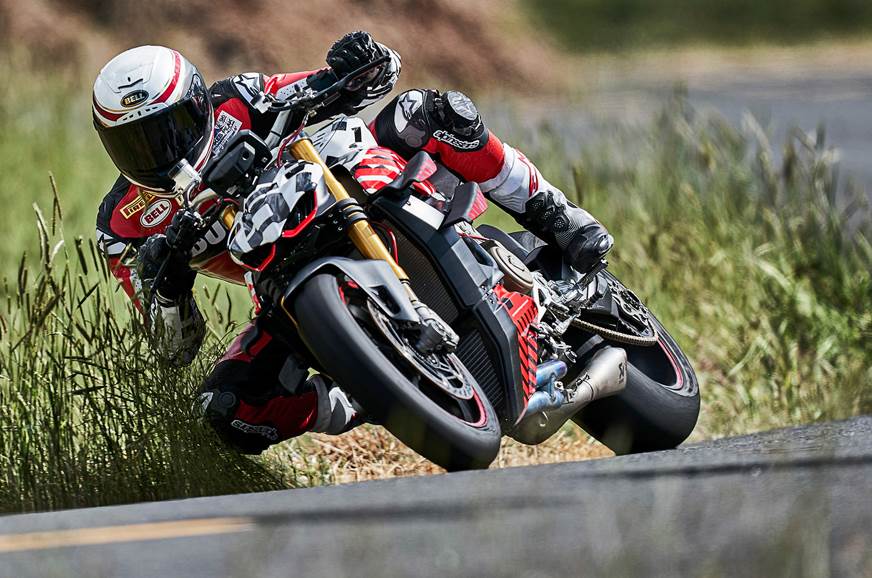