New Scrambler gets an 86hp, 1,079cc engine and a comprehensive features list; comes in standard, Sport and Special variants. 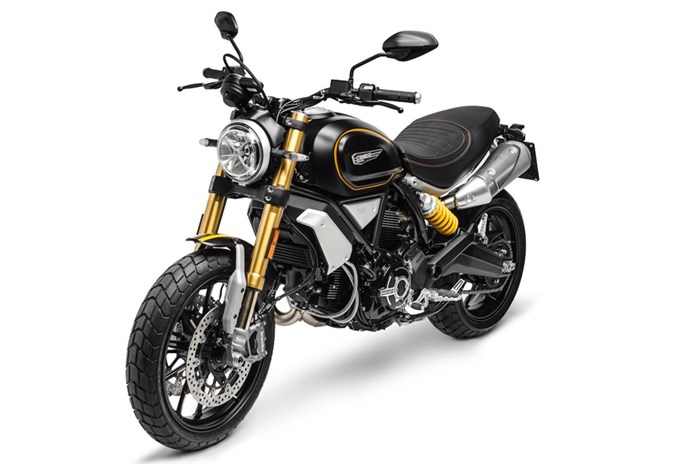 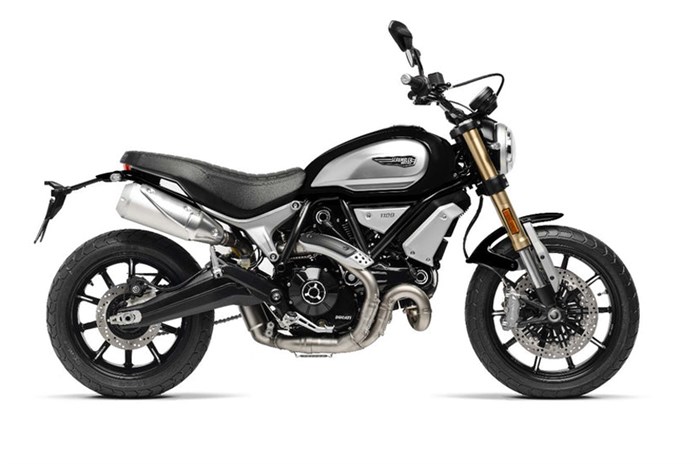 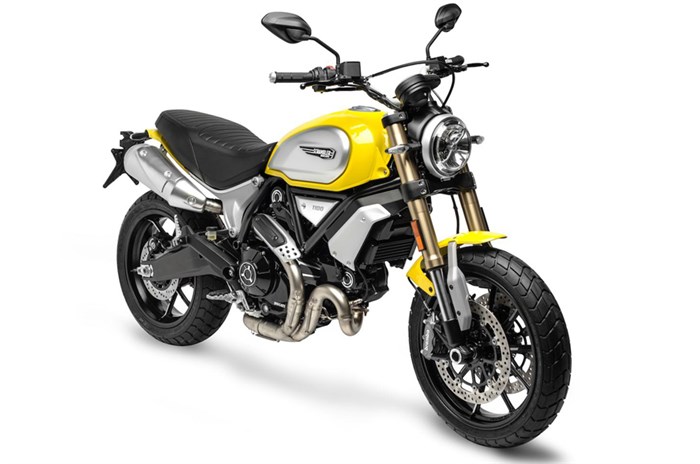 Ducati has officially taken the wraps off its new Scrambler 1100 at its World Premiere 2018 event. A grown-up derivative of the Scrambler, the 1100 retains the smaller Scrambler’s design essence, albeit in an evolved format.

Visually, the most striking design departure from the regular Scrambler is the twin underseat exhaust setup which is reminiscent of the Monster family. This is also what primarily adds to its apparent deviation from old-school scrambler design. The 1100 is about more than just its visual appeal, however, since it features an all-new twin-upper-spar steel-trellis frame to accommodate the bigger motor (and the resultant increase in performance, too).

Responsible for the 1100 moniker is a 1,079cc, L-twin motor that produces 86hp at 7,500rpm and 88Nm of torque at 4,750rpm, a noticeable increment from the regular Scrambler 803cc motor that puts out 74hp and 67Nm of torque. This motor is paired to a six-speed transmission and features ride-by-wire as well.

The 1100, unlike the 800, is big on electronics and features a comprehensive technology package (courtesy Bosch) that includes ABS, cornering ABS and a four-level traction control system. Standard equipment also includes three riding modes – Active, Journey and City. Active is the full-power mode with no restrictions to the throttle response and sets the traction control to a level most conducive to enthusiastic riding. The Journey mode is better suited to the highway, and while it doesn’t alter the power output, it does smoothen the throttle response while also engaging a higher intensity of traction control. On the other hand, City mode cuts power down to 75hp and engages the highest level of traction control, making it suitable for urban conditions where the additional power output may seem unnecessary.

Mechanical changes to the Scrambler 1100 include a steering head angle of 24.5 degree (up by 0.5 degree), although the trail remains unchanged at 110mm, which should help it retain its agility while making directional transitions a lot more linear than on the base Scrambler. That said, at 205.9kg (wet), the 1100 is 20kg heavier than the base Scrambler, but still 1.1kg lighter than the Desert Sled. Importantly, the Scrambler 1100 features a 14.7-litre fuel tank (13.5 on the 800) which should provide it with a decent overall range.

The Scrambler 1100 will be available in three variants – the standard, the Sport (a more custom-racer profile) and the Special (on the lines of a modern classic and also the heaviest of the lot, at 210.9kg) – all of which are identical in terms of engine output but bear changes to cycle parts and cosmetic elements. The standard and Special 1100 variants features a fully adjustable 45mm USD fork from Kayaba and a preload/rebound-damping adjustable monoshock; the Sport also gets both, but from Ohlins. Radial-mounted twin-disc brakes with four-piston Brembo M4.32B calipers are standard equipment across all variants.

The 1100 also features new, wire-spoke wheels which are shod at either end with Pirelli Enduro rubber. The front end gets a 120/80-ZR18 while the rear gets a chunky 180/55-ZR17 tyre that should serve you well on most kinds of terrain, barring extremes.

There’s more. The Scrambler 1100 also gets the expected updates to its trim, which means a new headlight with a prominent ‘X’ pattern housed within, as well as an LED ring around the circular daytime running lamp. Another welcome update has been to the instrument console that now sports a secondary oval element in addition to the circular single pod. This now splits the read-outs, with the latter displaying the tachometer, riding mode, traction control level, dual tripmeters, fuel level, a ‘distance to empty’ indication and air temperature. The inset element displays the speed and is programmed to display info from the Ducati Multimedia System, available as an accessory with the optional Bluetooth package.

The Scrambler 1100 will make its Indian debut soon and will certainly appeal to those who want the Scrambler’s cool quotient but in a mature, progressive and more highway-capable package. Given the extent of its features, it won’t come cheap but the premium will find justification amongst indulgent riders.