The flagship motorcycle is powered by a V4 motor; available in three trims. 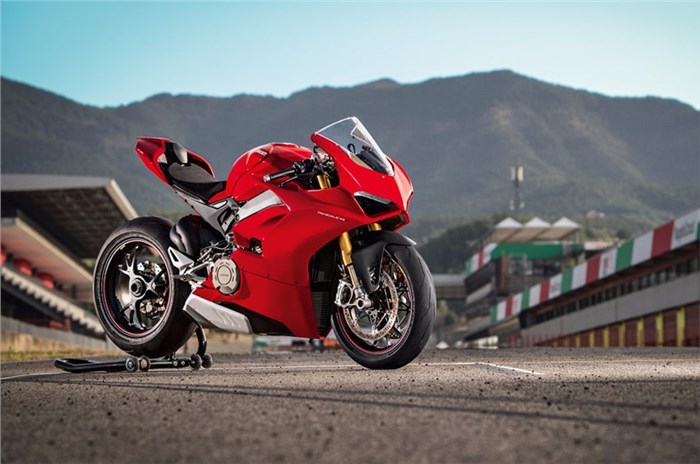 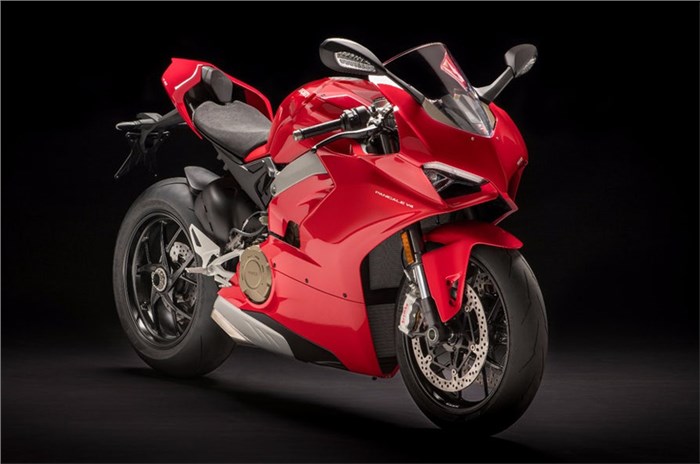 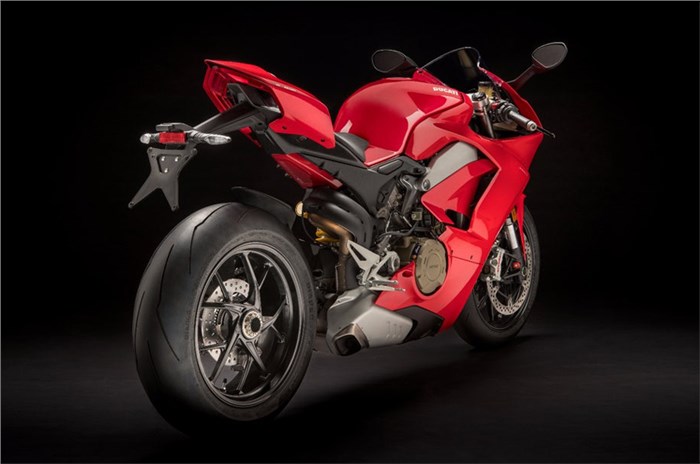 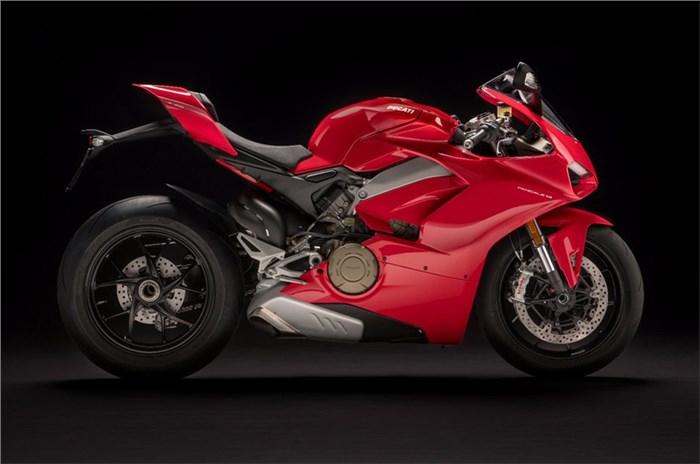 Ducati has unveiled its all-new V4-powered flagship Panigale at its 2018 World Premiere event. The bike is available in three trims – base, S, and the limited-edition Speciale – and will be the first mass-produced Ducati bike to have a four-cylinder engine (with the exception of the low-volume production Desmosedici), leaving behind its traditional L-Twin format. Ducati has claimed output figures of 214hp and 123.5Nm of torque for its MotoGP-winning, Desmosedici-derived engine that powers its performance flagship.

The 1,103cc V4 engine on the Panigale uses the same 81mm bore as the MotoGP bike, with a longer stroke for improved low- to mid-range torque. The engine comes with a power figure of 214hp at 13,000rpm and 123.5Nm of torque at 10,000rpm, which can be further boosted to 226hp by mounting the all-titanium racing exhaust, made by Akrapovic as per Ducati Corse specifications. Mated to this engine is a six-speed gearbox with Ducati Quick Shift (DQS) up and down.

Weighing in at 64.9kg, the V4 motor is just 2.2kg heavier than the 1,285cc L-twin on the 1299 Panigale it replaces. To limit weight, all engine casings are made of die-cast magnesium and the same material has been used to make the cam covers, the oil sump, the alternator cover and the two-piece clutch cover. The Italian bike maker has also developed a new frame where the engine itself has a load-bearing function. Called Front Frame, it's more compact and lighter than a perimeter frame and uses the engine as a stressed chassis element. The new frame and the use of light materials keep the kerb weight of the S and Speciale versions down to 195kg, while the base model tips the scale at 198kg. This gives the new Ducati a power-to-weight ratio of 1.1hp/kg, setting a new standard in the supersport production bike segment.

The base V4 comes with a 43mm Showa Big Piston Fork (BPF), fully adjustable for preload, compression and rebound damping up front and a fully adjustable Sachs shock at the rear. The S and Speciale use Öhlins NIX-30 fork, rear shock and steering damper, with electronic semi-active control. The suspension and steering damper are controlled by the Öhlins Smart EC 2.0 second-generation control system, featuring Ducati’s new Objective Based Tuning Interface (OBTi). The electronic suspension offers the choice between manual mode or an automatic semi-active 'Dynamic' mode. In Dynamic mode, the system automatically adjusts compression and rebound damping in response to the rider's inputs and the road or track surface.

The Speciale variant is limited to only 1,500 units and comes with a different colour scheme, carbon fibre mudguards, Alcantara seat, Akrapovič exhaust system, racing screen and a few other exclusive bits.