The mid-capacity adventure-tourers have secured this number of bookings in 15 days since launch. 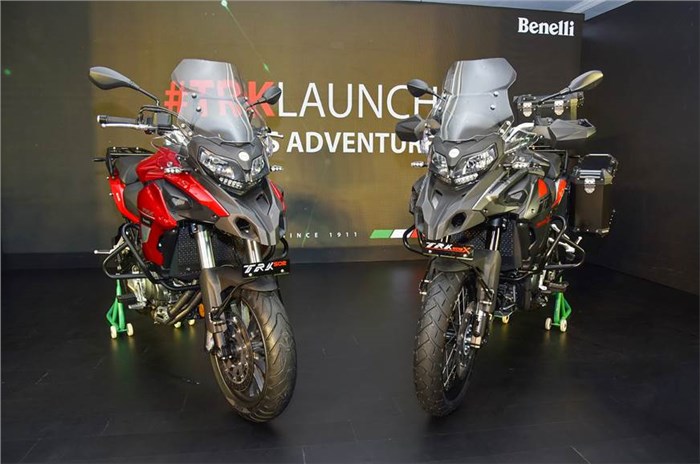 Benelli recently launched both variants of the TRK 502 in India. The standard model has been priced at Rs 5 lakh, while the higher-spec model costs Rs 5.40 lakh (both prices, ex-showroom Delhi). The company has just announced that it has received 150 bookings for the two in just 15 days since their launch.

While both models are mid-capacity adventure motorcycles, the 502X is more off-road focused. Interestingly, the company has received more bookings for the more expensive model (TRK 502X) at 85 units. The standard model, meanwhile, makes up the remaining 65 units booked.

Benelli’s dealership count has also gone from 16 to 18 in India, showing that it is on track to meet its target of setting up 40 dealerships in India by the end of 2019.

Along with the two new ADV bikes, the dealerships continue to sell the company’s other bikes – the TNT 300, TNT 600i and 302R. All five bikes come with a five-year unlimited kilometre warranty as standard.

India-spec Benelli Imperiale 400 to be BS-VI-compliant