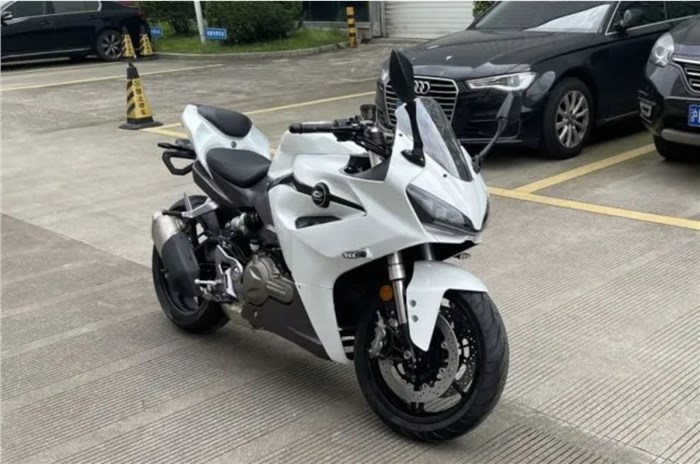 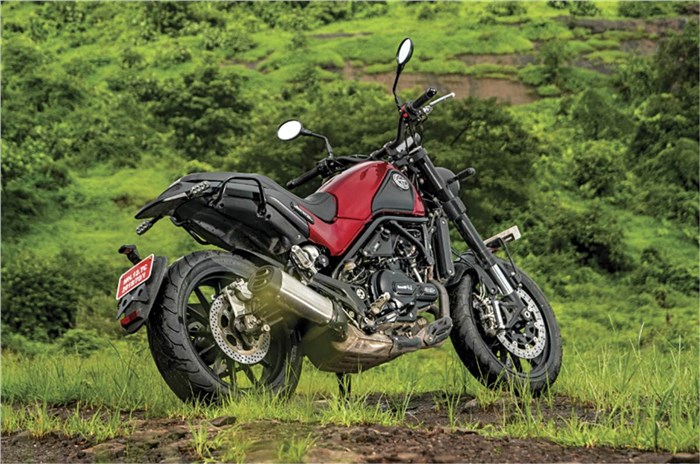 The bike has been spotted in production form with branding that belongs to Benelli’s parent company, QJMotor.

Benelli’s parent company, QJMotor, is churning out new models at a breakneck pace. The latest upcoming model to be spotted is a fully-faired 500cc sportbike that seems to be based on the Leoncino.

If its current line-up is anything to go by, Benelli likes to use each of its engines as a platform to spawn different motorcycles with varying purpose and intent. Its 500cc parallel-twin already powers the TRK 502 adventure bike, the Leoncino neo-retro roadster, and the 502C, a Ducati Diavel rip-off power cruiser. It now seems that the brand wants this engine to power a sportbike as well.

The resultant machine has been spotted overseas in its QJMotor guise, and it looks reasonably handsome. Its styling is in line with the brand’s other mid-displacement sportbike, the QJMotor SRG 600 or Benelli 600RR. The angry fascia, chiselled fairing and muscular fuel tank give the bike a purposeful look. While the design is pretty aggressive, the riding posture actually seems rather comfortable, with what appear to be pretty high clip-on handlebars and low, mid-set foot pegs.

The dead giveaway that this bike is based on the Leoncino is the unmistakable bonnethead shape of the clutch cover. Should this hunch turn out to be true, the result will be a sonorous 500cc parallel-twin with output figures in the range of 47.5hp and 46Nm. That being said, there have also been reports that Benelli is bumping the Leoncino’s displacement up to 550cc, thereby resulting in a 3.4hp power increase. If this is indeed true, then there’s no reason why this updated engine shouldn’t feature in this sportbike too. To know more about what the 500cc motor feels like in its BS6 avatar, you can check out our review of the 2021 TRK 502 right here.

Like most Benellis, the underpinnings are beefy – a fat upside-down fork and twin disc brakes up front. If these components are shared with the Leoncino, that translates into a 50mm fork and twin 320mm discs. The relative placement of the swingarm pivot point and rear monoshock suggest that the rear suspension setup will be pretty identical to that of the Leoncino; that’s good news because it means the availability of preload and rebound damping adjustability.

A recent trend with QJMotor models has been the offering of two variants – one with fairly basic suspension and braking components, and one with more advanced units, sometimes even Brembo brake calipers. This could well be the case with this upcoming sportbike too.

In the BS3 and BS4 era, Benelli was quite proactive in India, bringing a large share of its international line-up to our shores. And while the BS6 line-up isn’t quite as extensive, the TRK 502 and Leoncino are still on sale in our country. This paves the way for this sportbike to join the party. Its engine is a BS6-compliant unit, and with the KTM RC 490, and perhaps the Honda CBR500R set to arrive in due course, this is a segment that could become quite hotly contested in the future.