The TRK 502 is the road-biased offering of Benelli's two adventure bikes in our market, and this latest iteration features a few notable updates. 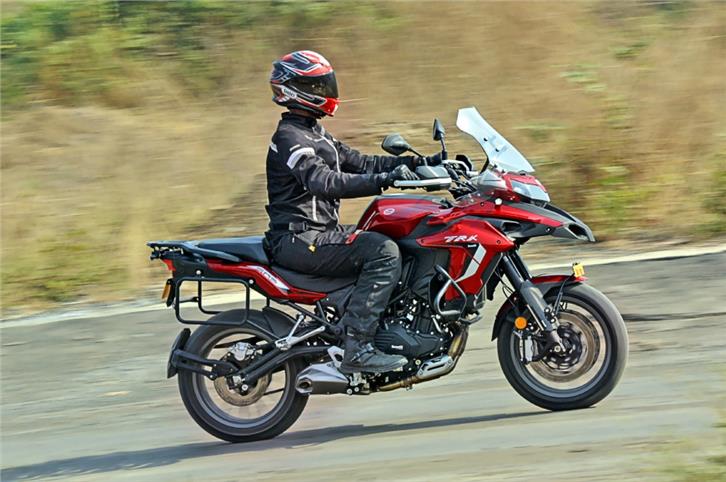 The last time I rode a Benelli, I blipped away with every downshift, making sure everyone in its vicinity heard that sweet exhaust note. The bike you see here is powered by that same engine, but instead of a minimalist scrambler style, this one wears very different clothing.

This TRK 502 is the more road-oriented iteration of Benelli's two adventure motorcycles in our market, with the other being its rugged sibling, the TRK 502X. 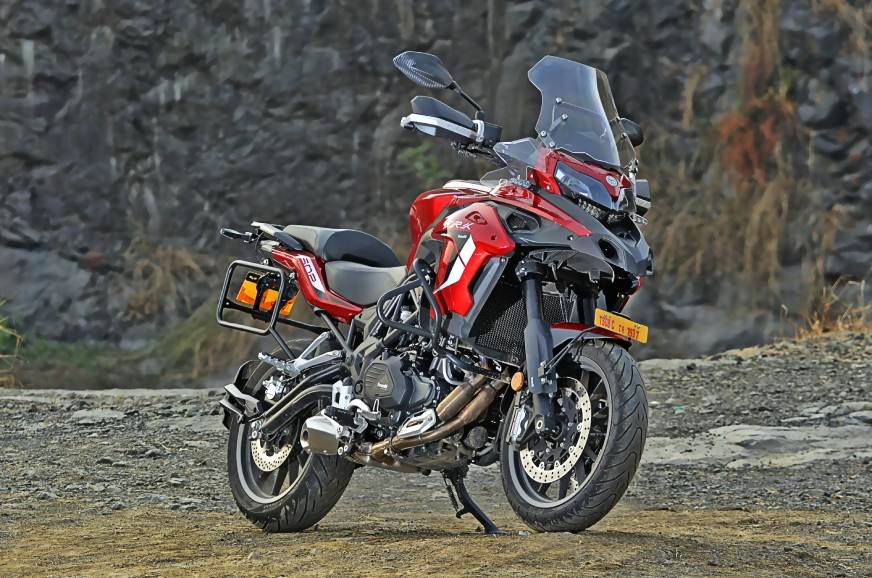 One of the most impressive aspects of the TRK 502 is its engine. The 500cc, parallel-twin unit is characterised by low- and mid-range torque, and its peak power and torque figures remain unchanged from the BS4 model.

Having said that, this parallel-twin isn't the most exciting or responsive of engines. While its torquey demeanour will help you get around the city with ease or enjoy a stress-free highway cruise, you'll have to wring out the throttle, past 6,000rpm, to really get going, especially since this bike is so heavy. This didn’t turn out to be a problem, because the almost inline-four-like exhaust note that this engine is known for has not been lost. 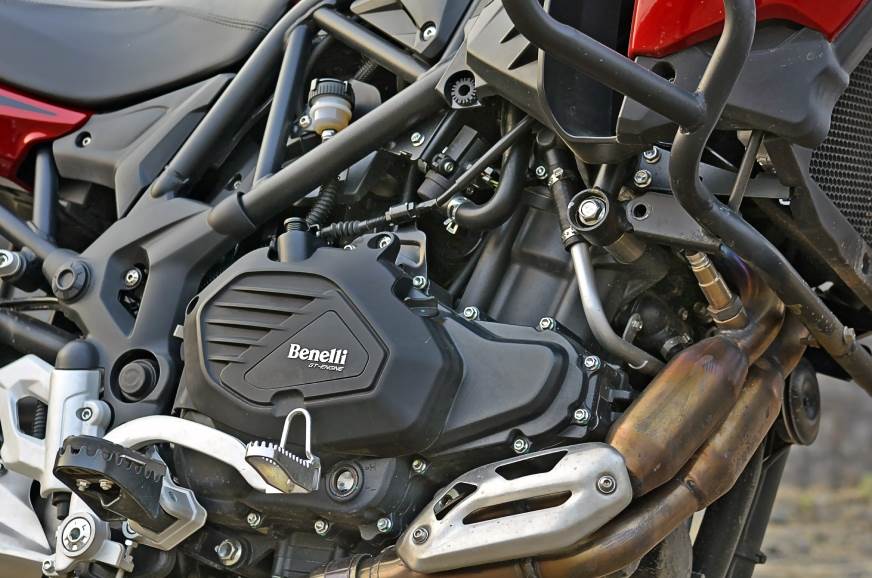 The 500cc parallel-twin is one of the most impressive aspects of the TRK 502.

Overall, I'm glad Benelli's managed to deliver more or less the same levels of performance and feel after the update, but what I do wish they'd addressed is the vibrations in the handlebar and foot pegs. They're most prominent higher up in the rev band, which is unfortunate, as that's where you'll find yourself quite often. But it's not something that hinders the overall experience.

The TRK managed a 0-100kph sprint in 6.93sec and that's a fairly decent time, considering its biggest drawback – its weight. At a substantial 235kg, the TRK weighs over 10kg more than the Triumph Tiger 900 – a bike that makes nearly double the power and torque.

Benelli has made no changes to the hardware or ride, and so the TRK continues to offer a rather pliant setup. I rode the bike from Pune to Mumbai, and it's on long highway runs that it really shines. A 100kph cruise is at a leisurely 5,000rpm and higher cruising speeds are possible with just as little effort. Moreover, the seat is large and wide, and offers great support. 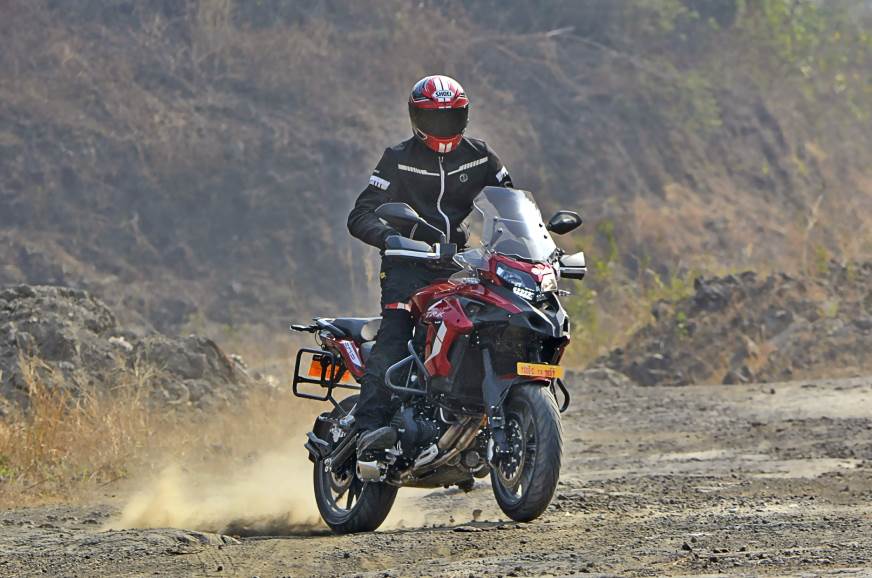 I also took the bike off the tarmac and while it doesn't mind getting down and dirty, it does feel like you're forcing it to be there. For starters, the weight is definitely a concern; there were moments when I was trying to back the bike up, or take a tight turn, and the top-heavy TRK just seemed a little too eager to tip over. Then there's the shape of the tank that hinders getting a proper grip on the bike with your legs. This bike is clearly happier on the tarmac.

The upside to this big tank and large front end is that the TRK has quite an imposing stance. If you're looking for attention, you will find a fair share atop this thing. While the overall design remains the same, there are changes that have been made to some of the finer details. 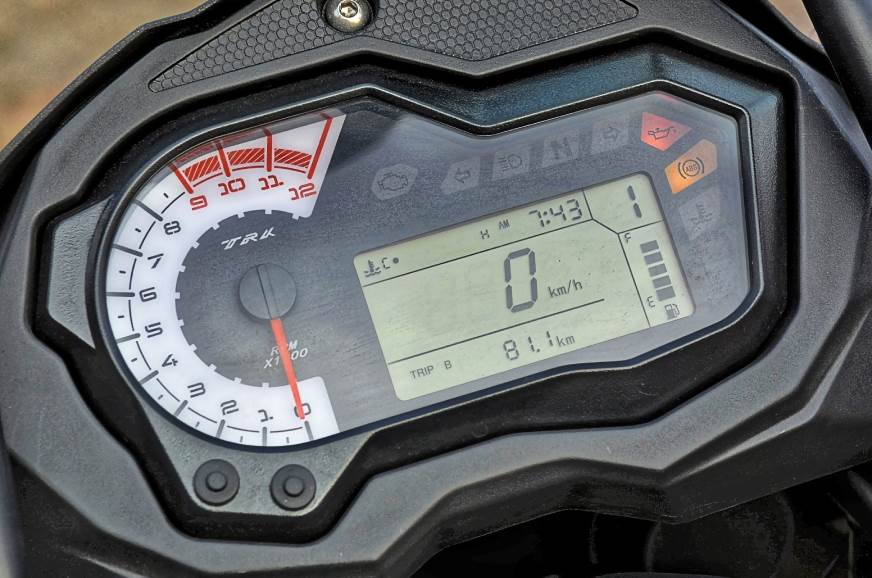 Digi-analogue cluster uses the same layout as before but is now backlit.

The instrument cluster continues to be a digi-analogue unit with the same layout, but the analogue tachometer and small digital display are now backlit. The switchgear has been updated and it, too, is now backlit. The switches are different and appear notably more premium than the ones on the previous model. Other changes are minor – the front mudguard now has a body-coloured finish, rather than black, like on the older model, the handguards are sturdier, and the mirrors get a textured finish. 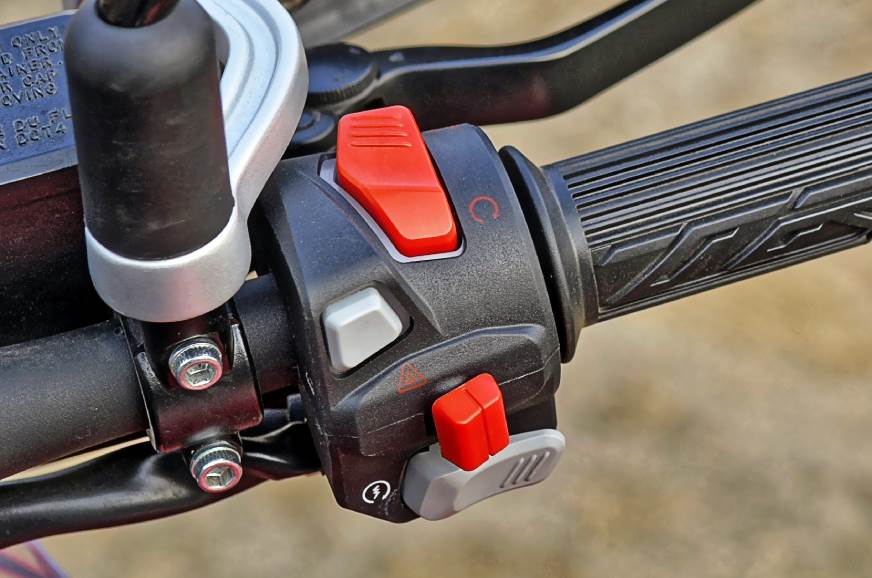 Switches are new and have a more premium finish.

So, what's on offer is more or less the same bike, with improvements in some areas. But here's why you should take notice – the TRK 502 is priced at Rs 4.8 lakh. This is an introductory price, but even if Benelli hikes it by Rs 10,000, like they usually do, it'll still cost a whole Rs 20,000 less than the BS4 model.

If this is going to be your first big ADV, the weight is definitely something you should be wary of. But when you consider that the Japanese competition costs at least Rs 2 lakh more, including the new Honda CB 500X, the Benelli might just make you think about joining a gym and an off-road riding school, instead. 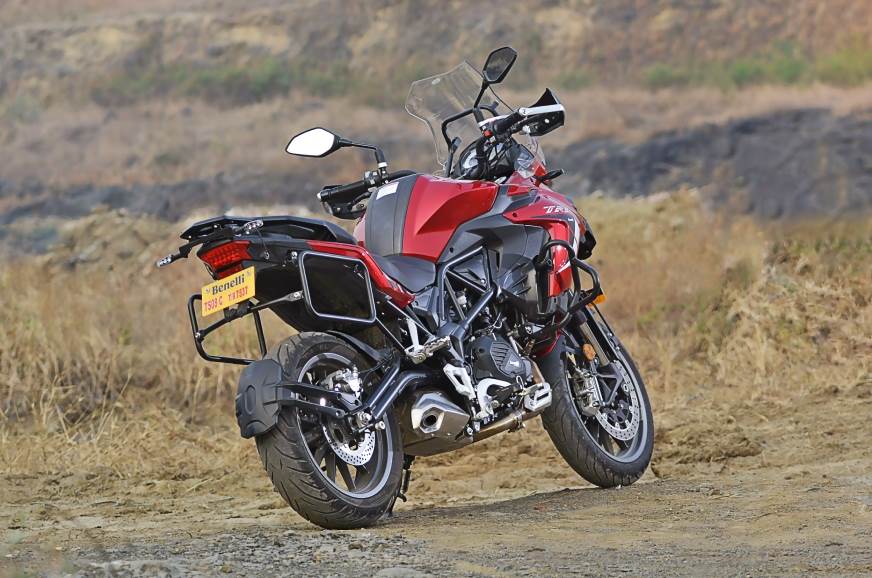 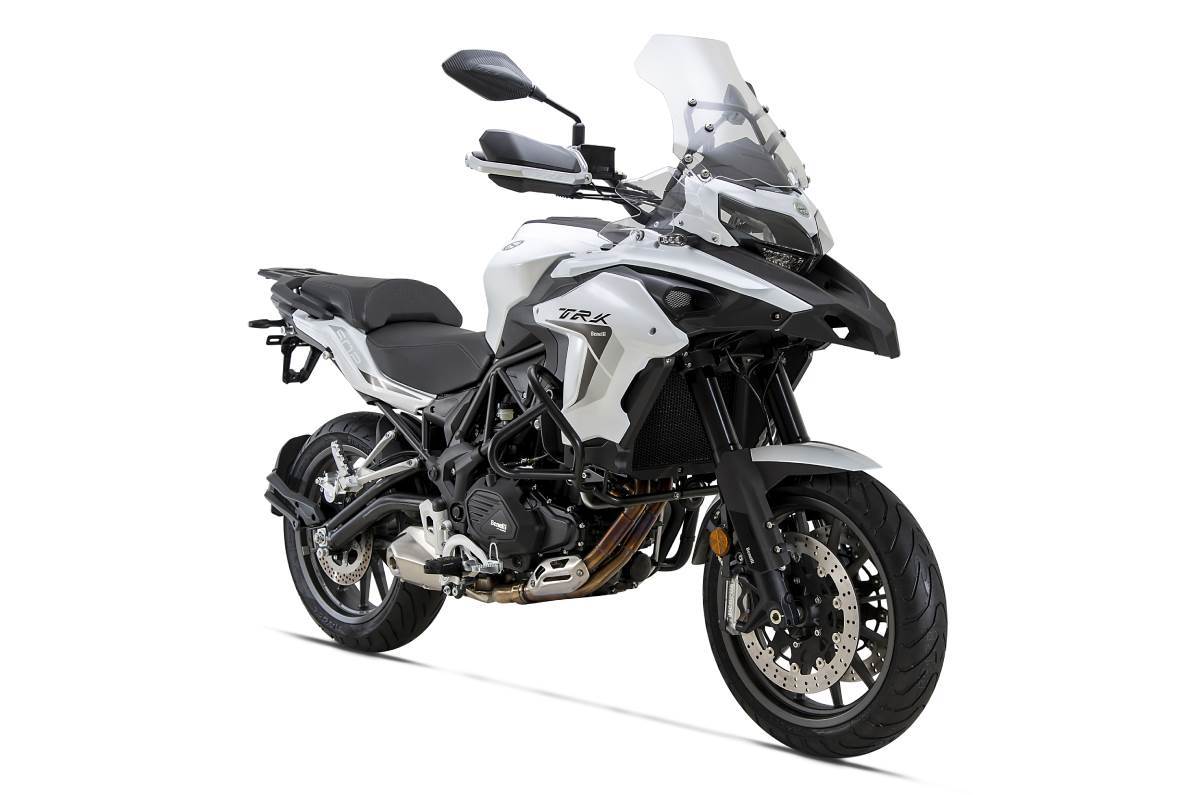