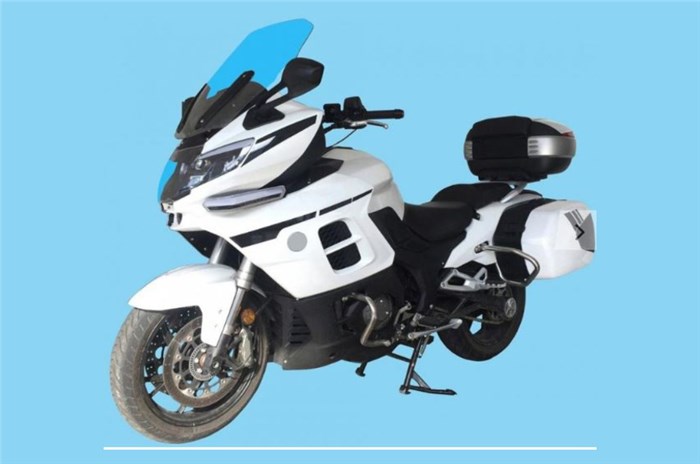 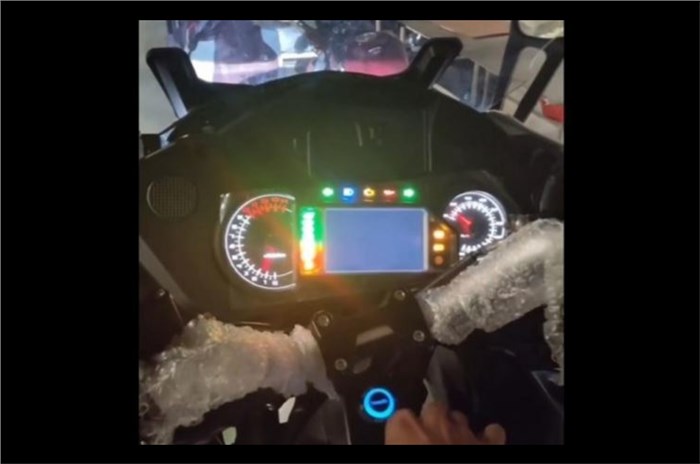 Fresh spy images of the upcoming Benelli BJ 1200 GT have surfaced on the interweb. The same motorcycle was spotted earlier this year, but this time around, we've got a few more details.

The Benelli BJ 1200 GT looks like a modern-day touring machine, replete with a giant front fairing, adjustable windscreen, top box and panniers. Whether the latter is part of standard equipment remains to be seen, but, we can't help but compare its looks to the BMW R 1250 RT. Its gargantuan size also translates to heft and this Benelli is said to weigh well over 300kg.

Powering this motorcycle is a 1,209cc, liquid-cooled, inline-triple engine that produces 134hp. The engine is not entirely new and is said to be based on the 1103cc, three-cylinder unit that powered the Benelli Trek.

The set of spy shots also give us a glimpse of the instrument panel. It has a large TFT display in the middle, flanked by an analog  tachometer on one side and the speedometer on the other. Some of the features include Keyless ignition, Tyre Pressure Monitoring System (TPMS) and electrically adjustable mirrors.

The Benelli BJ 1200 GT is expected to go on sale in China and European markets in 2021. In the domestic market it goes up against the CFMoto CF1250, the most powerful production Chinese motorcycle.