CF 1250J is the most powerful production Chinese motorcycle. 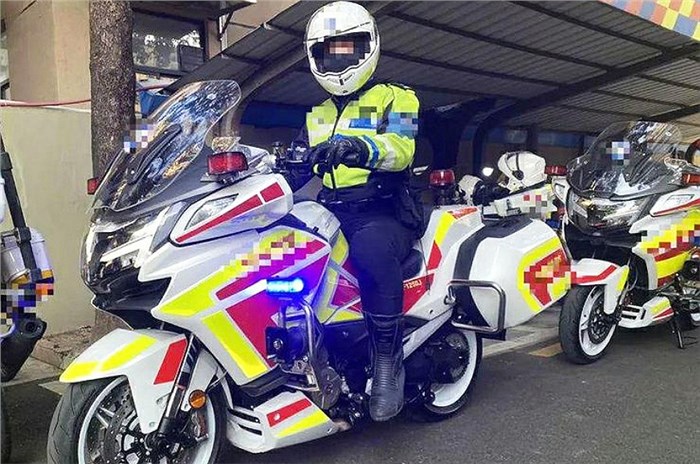 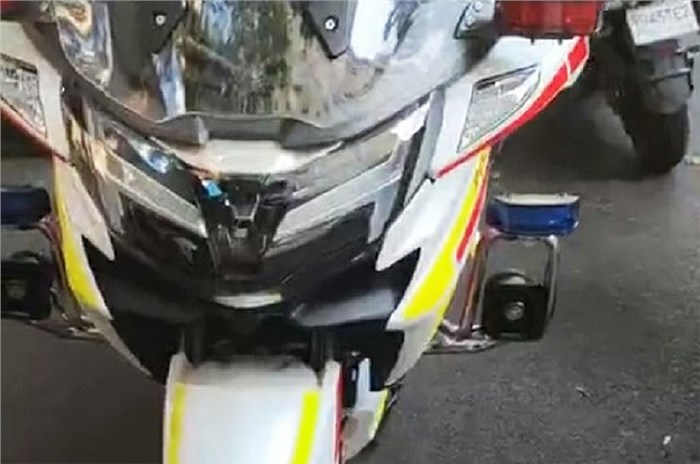 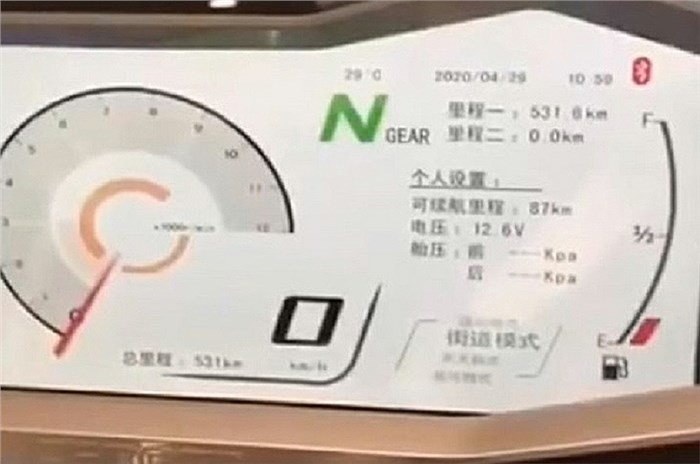 The new CFMoto CF1250J has been spotted in China, in the hands of the local police.  No, the bike or the company is not in trouble with the law. It's just that the new CF1250J you see here is CFMoto's new touring motorcycle and the first few units have been handed over to the Chinese police to use as patrol vehicles.

The model has been in the works for a while and it signals CFMoto's foray into the litre-class segment. The CF1250 is also the most powerful production motorcycle by a Chinese automaker. How did they manage to do that, you ask?

The CFMoto CF1250 is the result of the partnership between CFMoto and KTM motorcycles. For the uninitiated, CFMoto is the official manufacturer of KTM motorcycles in China. The firm currently produces the 200 Duke, 390 Duke for the Chinese market, and will begin manufacturing the KTM 790 Duke and 790 Adventure once its new factory becomes operational.

The new CF1250 is powered by a motor based on the venerable KTM LC8 V-twin engine seen on bikes like the Super Duke. But that's where the similarities end. CFMoto has reworked this engine with new casings, and the result is a 1279cc V-twin that develops a healthy 140hp. This should be adequate to power this heavy tourer that tips the scales at 297kg (kerb). While that's the weight of the CF1250J, the 'J' denoting the police version, the civilian spec CF1250G will be notably lighter. That's because it will lose the siren, comms systems and other paraphernalia required by the police.

The pictures also reveal a rather bulky bodywork at the rear end but we expect the civilian version to feature more streamlined body panels. However, the front fairing with the integrated headlamp (most likely LED) looks neat and the massive windscreen is height adjustable.

The bike rides on 120/70 ZR17 and 190/55 ZR17 wheels at the front and rear, respectively. The CF1250J's type approval document tells us that the brakes are made by Brembo and feature ABS as standard.

When it comes to electronics, besides ABS, there's no mention of traction control or riding modes in the online reports. In fact, CFMoto hasn't revealed any information, supposedly because the civilian motorcycle is still in the pipeline. However, given the size of the motorcycle and its big capacity engine, we are expecting modern-day rider aids.

The other feature worth mentioning is the TFT instrument panel with Bluetooth connectivity, which displays a variety of information including battery voltage and tyre pressure.

As for whether CFMoto will introduce the CF1250 tourer in India, it is too early to say. The company is new to the Indian market and launched a few products last year, namely the 300NK, 650 NK, 650MT and 650 GT. While it is yet to gain a strong foothold in the market, the prospect of new launches is bleak at the moment, especially in the times of COVID-19 that has upset plans of many automobile manufacturers, including CFMoto.