Bajaj could use the Blade nametag for an upcoming electric scooter. 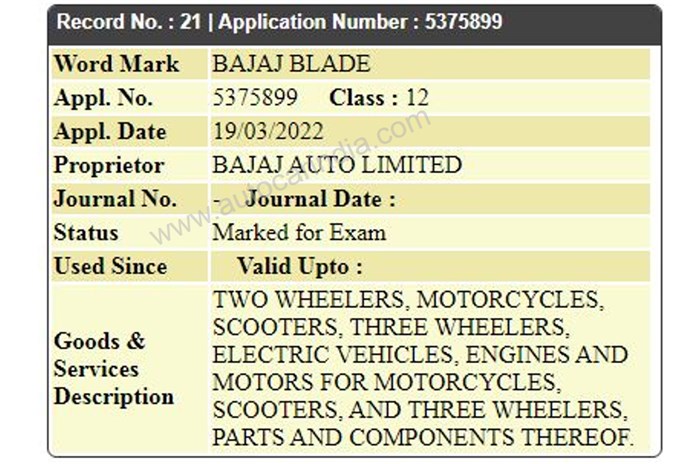 Bajaj Auto has filed a trademark application for the Blade nametag. The Indian two-wheeler giant applied for the trademark back in March 2022, but it is yet to be approved.

‘Blade’ joins a list of names trademarked by Bajaj that are yet to be used. Some of the other names are Twinner, Pulsar Elan, Pulsar Eleganz and Freerider. Interestingly, Bajaj had tried to trademark the Blade nametag back in 2006 as well, but it was refused at that time. Bajaj also showcased a one-off Blade 125 DTS-i scooter at the 2006 Auto Expo, but never launched it in the market. Now that the company has applied for the trademark again, it is possible that Bajaj intends to use the name Blade for an upcoming two-wheeler.

Given that the brand has shown little interest in making petrol-powered scooters, it is entirely likely that the Blade name has been reserved for an upcoming electric scooter, based on the Chetak platform. Whether it takes the form of a commuter or a sportier, Ather 450X rival, remains to be seen.

Currently, the Chetak is the only scooter on sale from Bajaj, priced at Rs 1.53 lakh (ex-showroom). 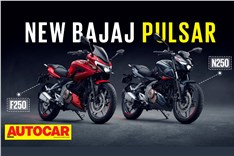