Ather will soon inaugurate its new manufacturing facility in Hosur, following which it is looking to begin exports to select international markets. 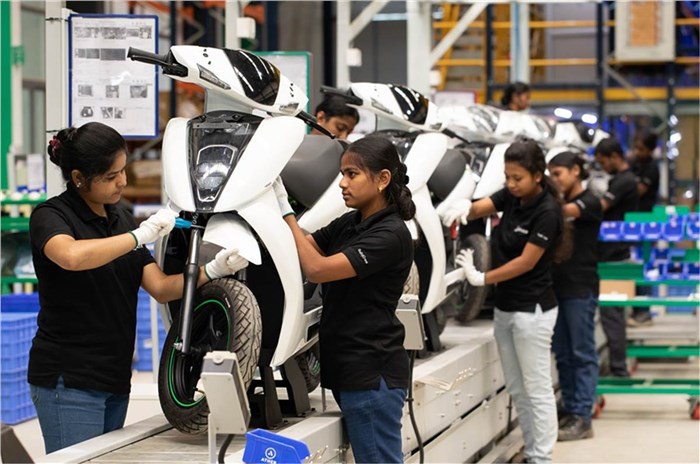 Ather Energy is expected to have a busy few months ahead. The company is set to begin production of the new 450X at its Bengaluru plant this September-October, expand into eight new cities in India, is readying a new manufacturing plant in Hosur and is also planning to export its e-scooters to international markets.

The upcoming plant in Hosur will have a production capacity of 1,00,000 units. Ather tells us that it can be scaled five-fold, to 5,00,000 units. Production is slated to commence in December 2020, following which the company plans to begin exports.

Speaking exclusively to our sister publication, Autocar Professional, Ravneet S Phokela, Chief Business Officer, said: “We have had an interesting conversation with a cluster in South East Asia where electrics are already popular, so much so that we were very close to doing pilots in these markets and we were in very advanced stages of discussions.

“We saw good interest coming from Europe, from markets like London and Rome, which have the ability to absorb the kind of pricing Ather operates at. We were also in talks with a couple of markets in Latin America — which are somewhere in between South East Asia and Europe in terms of product attributes and price acceptability.”

“Our plans have definitely been pushed forward by a few months but inherently, our target to venture out of India remains and we are hoping to start exporting to at least two new markets abroad in this financial year, albeit with limited volumes. While the Hosur plant has the capacity to scale up to 5,00,000 units using the adjoining land, even if we begin exporting, it just opens the doors for us to actually set up a local assembly plant in that particular market and sell directly there. With a significantly lesser number of parts, it is not tough to assemble electric two-wheelers.”