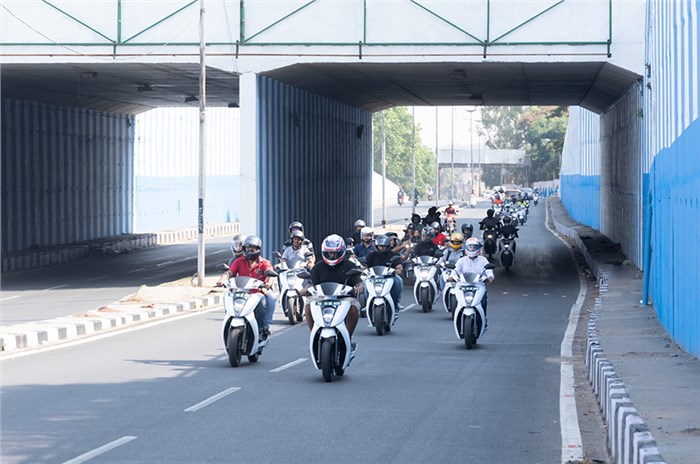 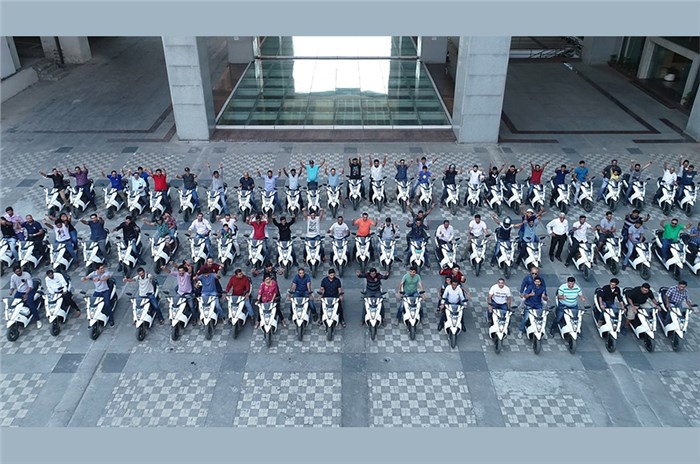 The owners meet celebrates the company’s journey so far, with the Ather 450 owners also sharing their experiences and learnings with the scooter.

Last weekend, Ather hosted its first owners’ meet at its R&D centre in Bengaluru. The company said that the past seven months have been rather significant in its journey and thus decided to bring its customers together, marking the first-ever official owners’ meet for an two-wheeler EV company in India. Over 100 Ather 450 owners and their scooters were present at the event. This marks the first time that a two-wheeler EV manufacturer has officially organised a meet and ride event of this kind.

Over the last few months, Ather has released five over-the-air (OTA) updates for its scooters, which have completed over 3,00,000km in total on the streets of Bengaluru.

According to the company, the owners shared their experience and learnings with the scooters thus far, like, for example, the longest ride that an Ather has completed on a single charge is 110km with 90 percent capacity. This is significantly more than the company’s initially claimed range of 75km in Eco mode and an ARAI-certified range of 107km. Ather said the event also acted as a platform for it to listen to its customers’ feedback.