2020 Triumph Street Triple RS to be revealed on October 7 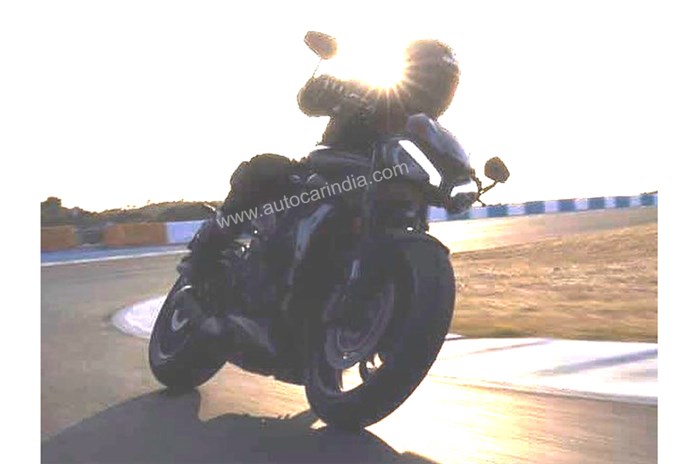 Triumph has just posted a teaser video of the refreshed Street Triple RS. The video reveals quite a bit about the new bike and the date it will be officially unveiled: October 7, 2019. We expect the 2020 model year bike to feature both, mechanical and cosmetic changes.

The most noticeable change is the new headlight – Triumph appears to have ditched the bug eye-shaped units for sharper looking ones. The DRLs within the headlight also appears to have a different layout. Other cosmetic changes include flatter shrouds near the tank, which don’t appear to the sharp ends like the current-gen model. The rear seat cowl, meanwhile, appears to be raised and has a sportier look to it. If you look closely at the reflection in the rider’s helmet in the video, you will also notice that the handlebar triple clamp appears to have a different design.

On the mechanical side of things, the Street Triple RS will most certainly be compliant with Euro 5 norms (which is equivalent to BS6 standards in India). The new exhaust tip that’s visible in the teaser video provides clues to this development. What remains to be seen is if the model’s output figures will be affected by this.

In the past, changes made to meet stringent emission norms have reduced power figures. Considering this is the sportiest version of the Street Triple – and a motorcycle built for the racetrack – a reduction in outputs may not be a welcome change. Which is why we expect the upcoming model to boast slightly higher outputs when compared to the current engine’s 123hp and 77Nm of torque. This means that the new Street Triple RS will have figures closer to the Daytona Moto 2 limited-edition’s 130hp and 80Nm of torque.

As far as we can tell from the teaser image, the suspension and brakes on the upcoming RS look similar to the current model. However, we could see the company upgrade the brakes to the Brembo Stylemas, which are also seen on the Daytona Moto 2 limited-edition.

Everything else will most likely remain more or less the same. As the bike is also BS6-compliant, it will go on sale in India soon after its debut in Europe.