New MT-15 gets a radical styling makeover and is powered by the VVA-equipped powerplant from the Yamaha R15 V3.0.

Yamaha has unveiled the new MT-15 in Thailand. The 2019 MT-15 is basically the naked version of the R15 Version 3.0, sold in our country. Styling has been inspired from the larger displacement MT offerings and it looks muscular and aggressive. The most intriguing design highlight has to be the predator-styled LED headlight. The sculpted fuel tank with sharp extensions is also similar to the MT-09 and endows the new bike with a mass-forward profile.The layout of the all-digital instrument cluster has been redesigned and is now similar to the one seen on the R15 V3.0. 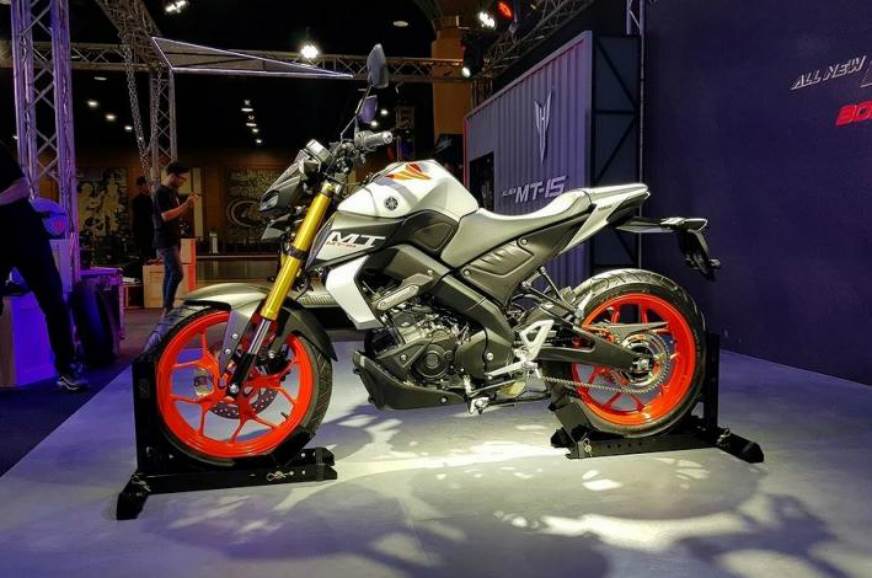 On the mechanical front, the 2019 MT-15 is powered by the same liquid-cooled motor as the new R15. The 155cc, single-cylinder, SOHC engine delivers 19.3hp and 15Nm of peak torque and also features Variable Valve Actuation (VVA). The addition of VVA helps the powerplant in offering good low- and mid-range performance without compromising on top-end delivery. Talking about cycle parts, the frame has been suspended on a USD fork and a monoshock unit. Braking hardware consists of disc brakes on both ends, while dual-channel ABS is standard.

So will the new MT-15 come to India? Going by Yamaha India’s past record, it seems unlikely, as its predecessor, the Yamaha M-Slaz wasn’t offered in the Indian market. There’s, however, a possibility that this strategy might change with the MT-15, and the Japanese brand also had showcased the Hyper Slaz concept at the 2018 Auto Expo. Watch this space for more updates.