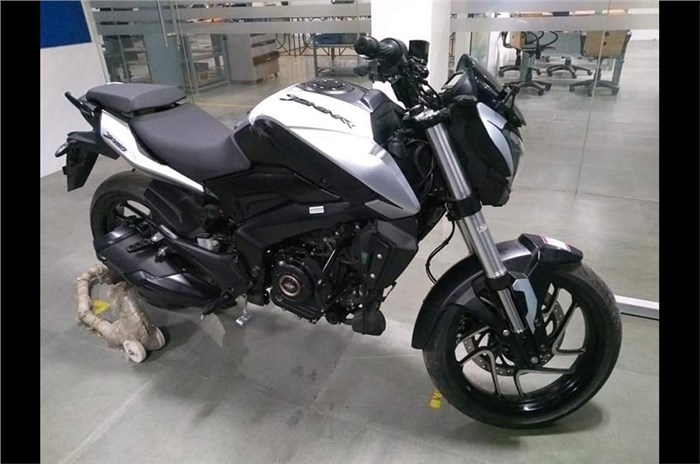 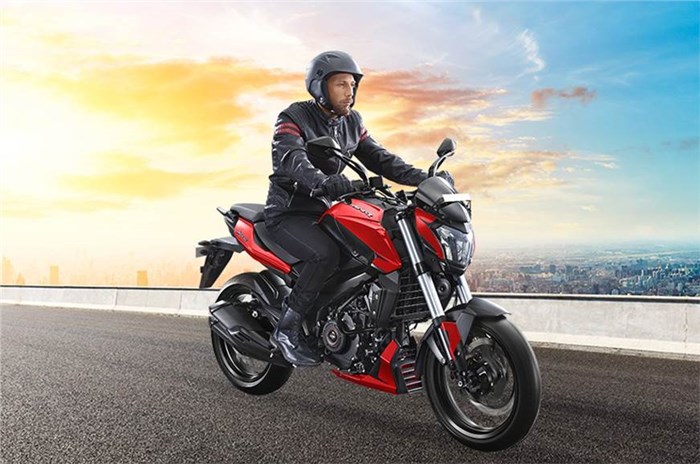 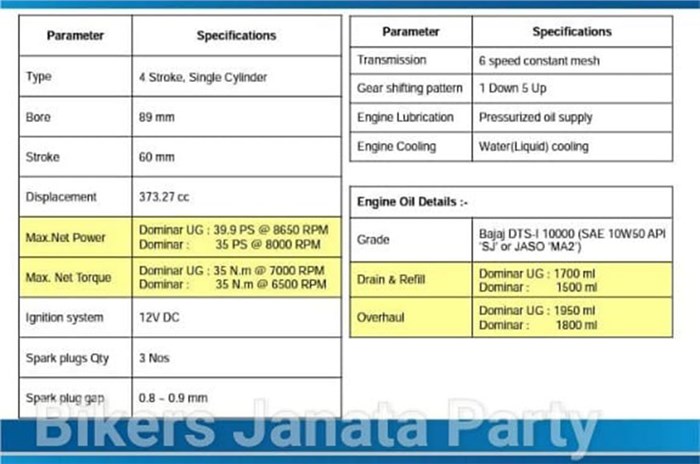 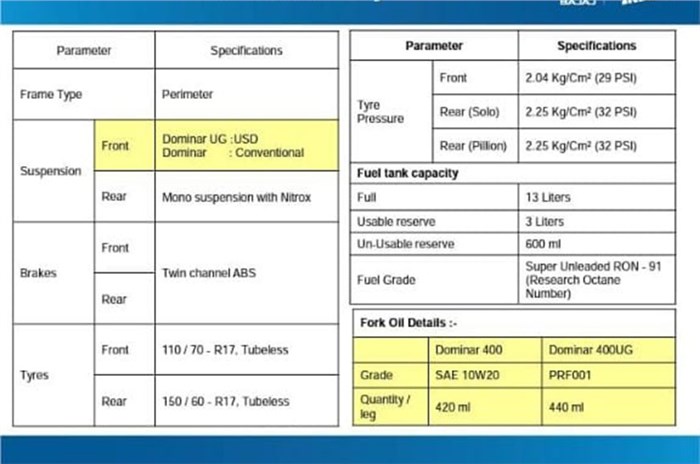 The upcoming Dominar gets a USD fork and updated instrument cluster in addition to its shiny new 39.9hp engine.

The 2019 Bajaj Dominar launch is right around the corner. Dealers in multiple cities have begun to accept bookings for the bike and now images of what appear to be pages from the bike's manual have surfaced online.

Since the bike was first spotted testing, the internet has been abuzz with speculation of the Dominar's powertrain updates. Now, from the specifications on the sheet, it can be seen that while the updated Dominar continues to be powered by a 373.3cc engine, it produces 39.9hp at 8,650rpm – a substantial 4.9hp increase over the 35hp at 8,000rpm seen on the outgoing model. While peak torque remains unchanged at 35Nm, it now arrives at 7,000rpm in comparison to 6,500rpm as seen on the current bike.

How Bajaj has achieved this remains to be seen, as the spec sheet still lists three spark plugs. This raises the question as to whether they shifted to a DOHC set-up (as seen on the KTM 390 Duke) or if they’ve have retained the original SOHC design. Alternatively, the increase in power could be a result of an increased compression ratio and more aggressive cam profiles, among other things. The engine also continues to be mated to a 6-speed gearbox.

Some of the other updates on the bike were confirmed when Bajaj revealed the updated Dominar in an advertisement. This includes the USD fork, which replaces a conventional telescopic unit, and a different brake set-up that indicates that the fork could be a similar unit to that used on the KTM 390 Duke. The new hardware results in an increase of 2.5kg, taking the kerb weight of the new Dominar to 184.5kg.

The 2019 Dominar was also seen testing with an updated instrument cluster and new exhaust. The leaked specification sheet confirms that the new bike will use its secondary tank-mounted unit to display gear position, odometer and time; while its earlier functions have been taken up by the handlebar-mounted primary display that now conveys info in text. Meanwhile, the exhaust sports a twin-exit muffler and has a much deeper rumble to it.

The bike is expected to officially launch soon and will most likely cost a good deal more than the Rs 1.63 lakh (ex-showroom, Delhi) price tag on the current Dominar. However, this would still keep it well below machines like the KTM 390s (Rs 2.44 lakh), TVS Apache RR 310 (Rs 2.23 lakh) and possibly even the KTM 250 Duke (Rs 1.80 lakh) – all of which have gotten more expensive with time.