The ADV motorcycle is powered by the 689cc, parallel-twin CP2 engine seen in the MT-07 and XSR700.

Powering the Tenere 700 is the 689cc, four-stroke, CP2 (crossplane) parallel-twin engine from the MT-07 sport-naked. While not much has been said about the power figures, the parallel twin on the MT-07 makes 74.8hp and 68Nm of torque. Yamaha says, “Producing maximum torque at 6,500rpm, this engine provides the ideal balance of performance and controllability, and its excellent fuel economy contributes to the Tenere 700’s ability to cover long distances between fuel stops.” Fuel tank capacity, meanwhile, stands at 15.8 litres. 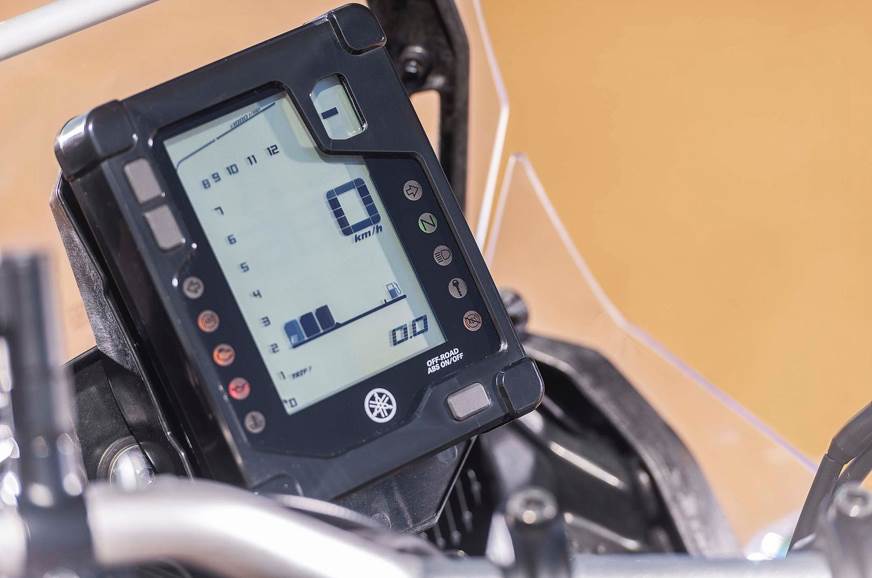 The adventure bike also uses a new lightweight, double-cradle, tubular steel frame. According to Yamaha, one of the key goals while developing the frame was to achieve a slim, agile and light-feeling chassis that would be equally suited to both road and oﬀ-road riding. The bike has a wheelbase measuring 1,590mm and a ground clearance of 240mm. It rides on 43mm, adjustable upside-down front fork (with 210mm of travel) and a remotely adjustable rear monoshock (with 200mm of travel). Yamaha has equipped the motorcycle with a 21-inch spoked wheel up front and an 18-inch spoked wheel at the rear.

The braking system consists of 282mm wave-style dual front discs and a 245mm wave-style rear disc, with switchable ABS. Yamaha has equipped the new bike with compact ‘rally-style’ instrumentation. According to the brand, it is located centrally behind the screen for great visibility and that the lightweight instrument panel displays a wide range of information that can be absorbed by the rider without having to take their eyes oﬀ the road or trail. The multi-function LCD display features two trip meters, gear position indicator, fuel level, estimated fuel range, average and instant fuel consumption and more. The cockpit is also designed to accommodate the ﬁtment of aftermarket navigation devices. 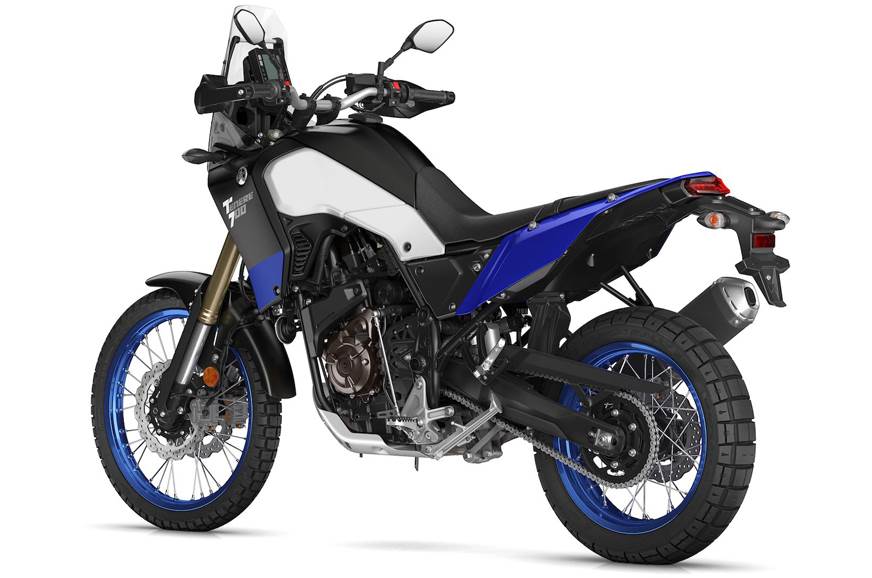 The Tenere 700 also features a rally-style fairing and windscreen that, Yamaha says, has been designed to give you protection from the wind while maintaining the narrow and lightweight nature of the motorcycle. The front of the bike also features four LED headlights that are derived from the Japanese manufacturer’s latest rally bikes and the T7 concept.

The new Tenere 700 will be available in European markets from the second-half of 2019. It is still not clear whether Yamaha will bring this motorcycle to India, but we sure hope they do. The market for middleweight ADVs has seen a steady growth, with the Triumph Tiger 800 being one of the most popular models.