Life with our electric scooter is full of little adventures. 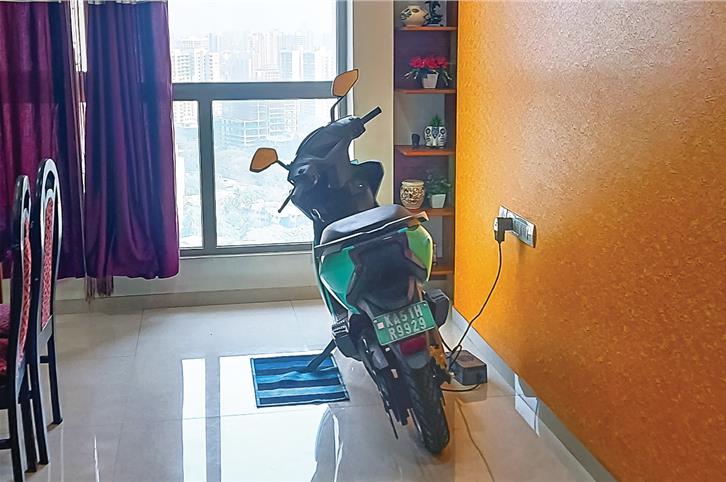 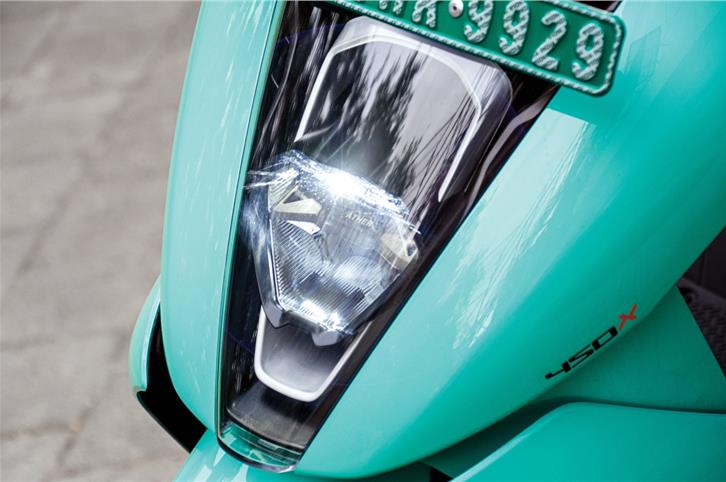 LIGHT IT UP: LED headlight unit has sufficient throw and spread.

The picture you see of the Ather 450X being charged inside an apartment is not made up. I may have taken the ‘home charging’ bit associated with electric vehicles a little too seriously, but allow me to explain.

The idea sprang in my mind when I spotted the service lift in my building complex and estimated that it may be large enough to accommodate the little Ather. The next moment, I was inside the lift, seated on the scooter and being transported to the 21st floor, where I live. 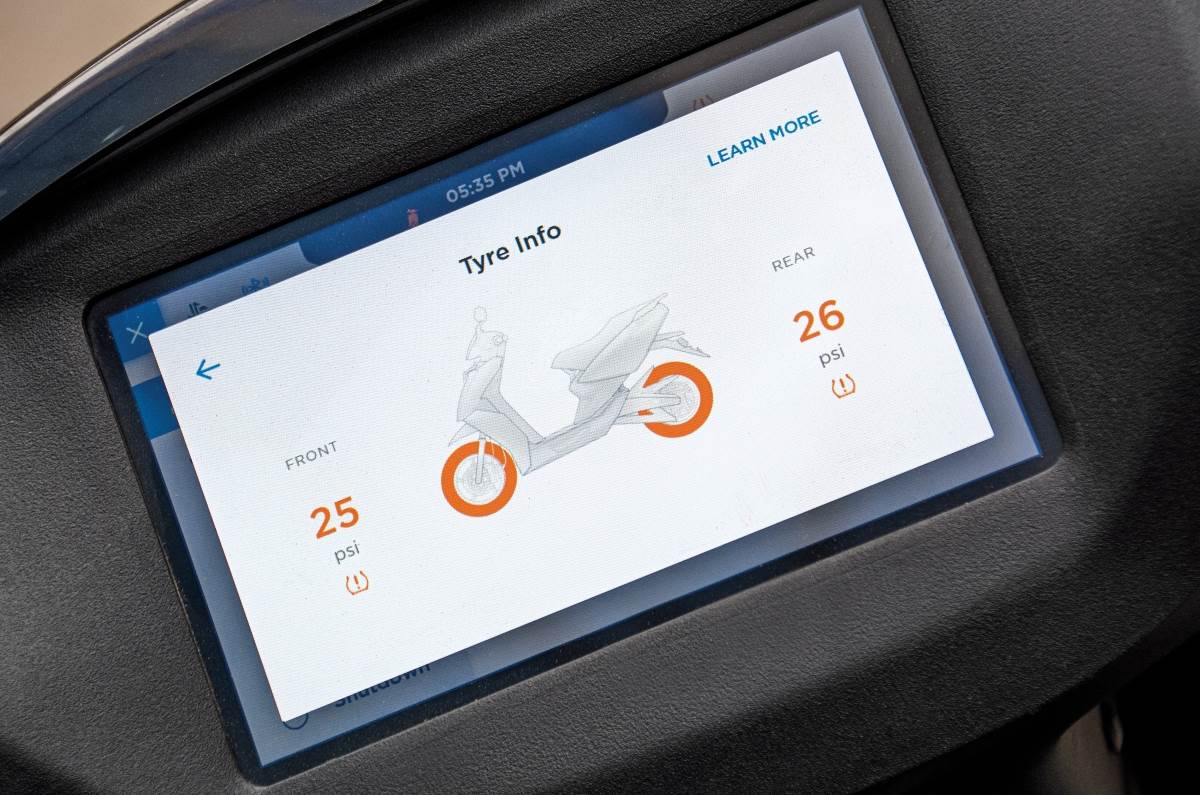 I must confess that initially it took some time to convince my parents that it is safe to park an e-scooter in the living room and charge it (and that I’ve not lost my mind!). Now, they think of it as any other electronic appliance that requires a battery top up.

When the scooter isn’t plugged in, it is being ridden as many times as my busy schedule permits. I was dreading the hot and humid weather of Mumbai’s summers and its effect on the scooter’s battery and overall performance. However, I haven’t noticed any thermal issues or a dip in performance. I think you’d really have to push the limits of performance as well as regularly fast charge the scooter to trigger thermal issues. The carefully designed fan and venting system are certainly responsible for how well this scooter manages heat.

Besides this, the time taken to charge has remained consistent throughout and even the estimated range readout is pretty accurate. There have been days when I’ve managed to get to a charger with 3km of range available, confident that I’ll make it.

As for the rate of passive discharge when parked, the battery level drops by 5 percent over the course of a weekend. That’s quicker than I had expected, although I have the option to shut down the scooter and maintain battery charge levels until I turn it on. But even if I forget to do that and return home to a dead battery, Ather says I should simply be able to charge the scooter back up and start riding it again. Unfortunately, it appears the same can’t be said for our brand-new Ola S1 Pro, because when Hormazd recently returned from a long trip, it refused to start up or respond to being charged. Ola’s service team had to come collect the scooter to fix it.

A few weeks before this report was filed, the Ather also got a big update in the form of a Tyre Pressure Monitoring System (TPMS). It costs Rs 5,000 and installation charge is an additional Rs 1,000. The unit interacts with the scooter’s display via Bluetooth and relays accurate tyre pressure values. I’ve found that to be a boon as I’m insistent on maintaining correct pressures in my vehicles at all times. 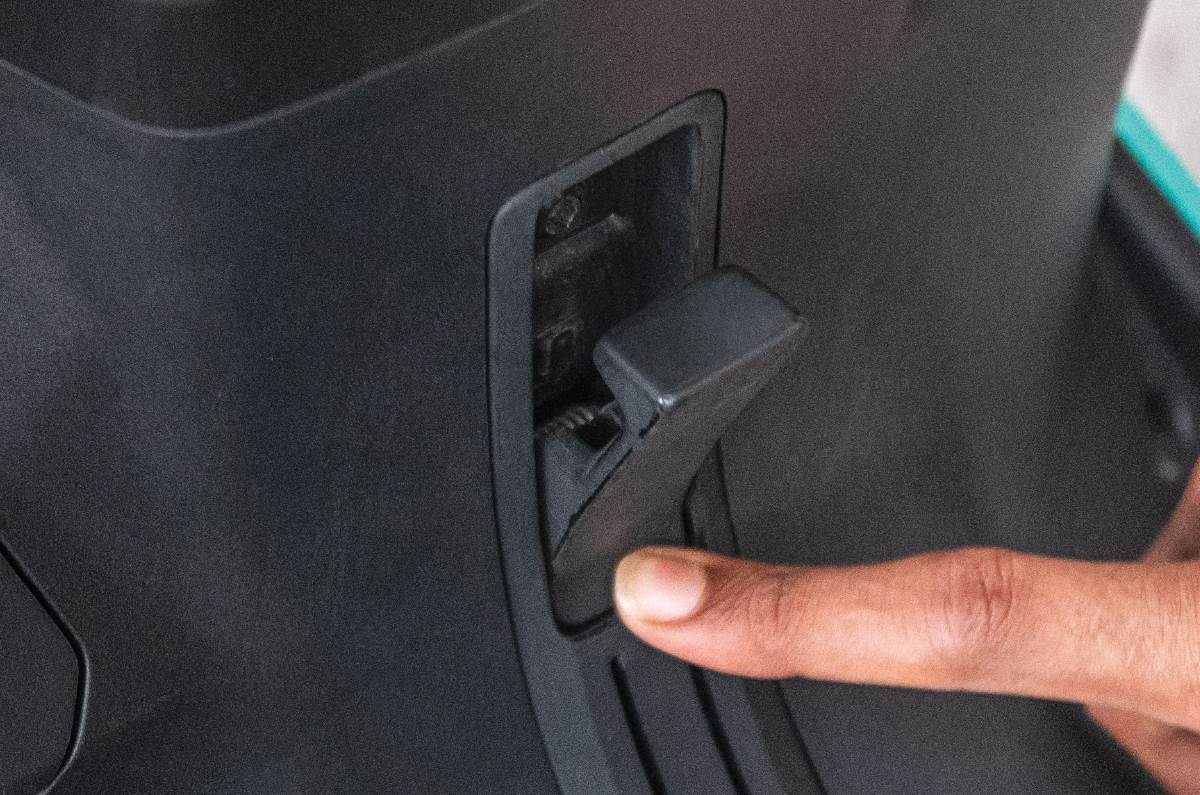 ON THE HOOK: Storage hook doesn’t hold a bag as securely as it should.

Speaking of, the recommended 30psi front and 32psi rear tyre pressures (high for a scooter with 12-inch wheels), combined with Mumbai’s pathetic road surfaces, led to a peculiar issue. The repeated pounding over bad roads caused the steering cone set nut to work itself loose, which resulted in the entire steering column to move under hard braking. While this isn’t a widespread issue, the folks at the service centre have noticed this in a few other Athers as well.

The solution was simply to retorque the nut as per recommendation. I haven’t faced the issue since then, but I’m going to keep an eye out for it. Especially because in the monsoons, Mumbai’s road surface will resemble a lunar crater field!

And then there’s the occasional floods. Will the Ather 450X survive this? Upcoming reports will have the answer. 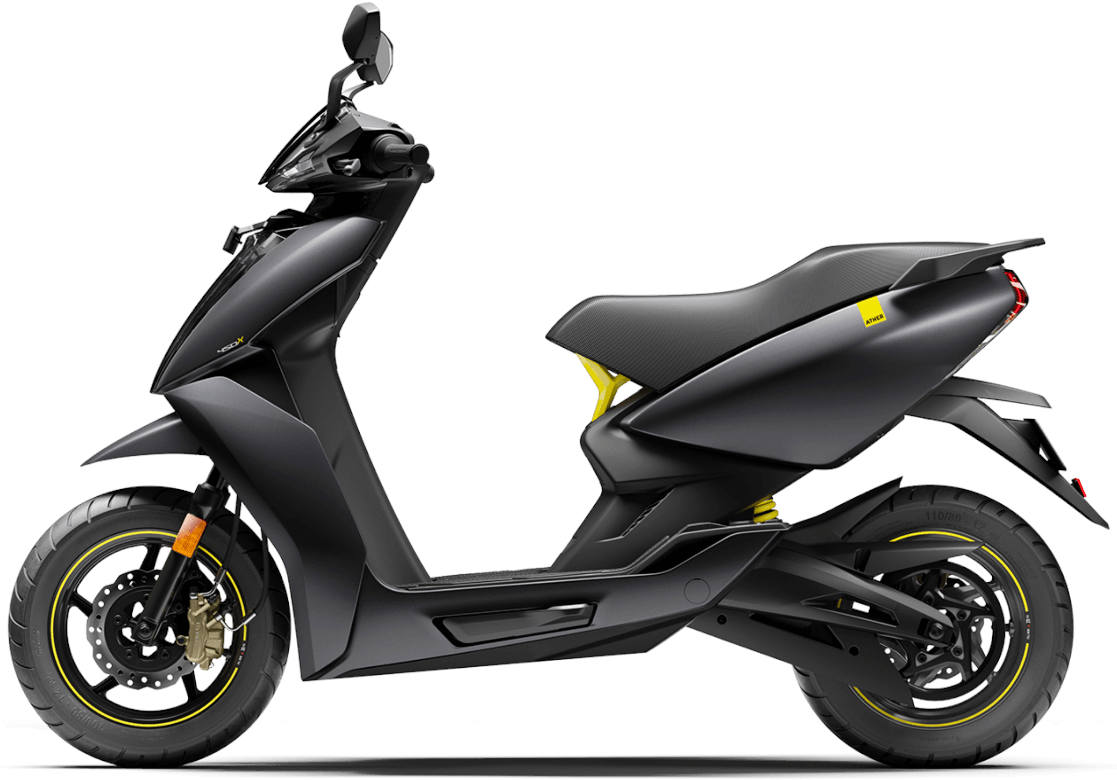 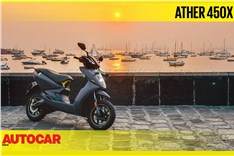 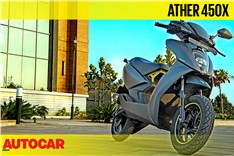