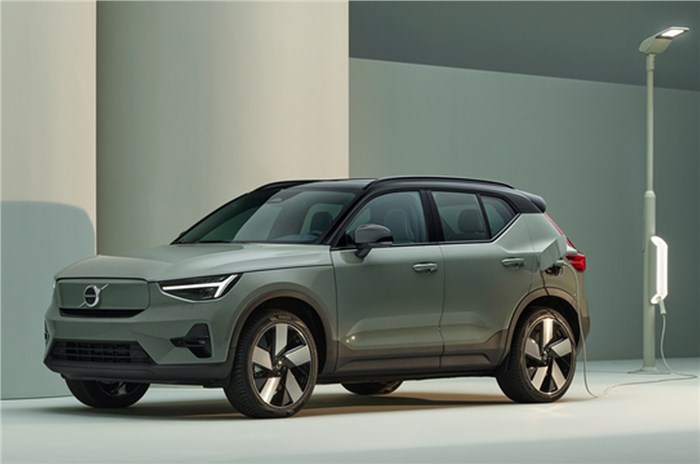 Jyoti Malhotra, managing director, Volvo Car India, said that the delivery was historic not just because it exemplified Volvo’s commitment towards an all-electric future, but also because the XC40 Recharge is the first car that is being delivered under the manufacturer’s ambitious Online Direct Sales model.

“The response to the XC40 Recharge has been really encouraging with 150 car orders received online within two hours of opening bookings. I am delighted to announce that we already have close to 500 advance orders with us, and we will be delivering around 100 of them before the year-end. Rest of the customers will get their cars during the next year.” said Malhotra.

Launched in July this year, the XC40 Recharge has an outstanding WLTP range of up to 418km on a single charge. The plush SUV is powered by twin motors and develops 408hp and 660Nm of peak torque. The electric motors are powered by a 78kWh battery pack, and the XC40 Recharge can accelerate from 0-100kph in 4.9 seconds.

The battery can be recharged from 10 percent to 80 percent in around 28 minutes using a fast charger (150KW). However, it’s not just the range and the power of the XC40 Recharge that have appealed to connoisseurs, its looks have been much discussed as well. There’s a lot to admire in those ‘Thor’s Hammer’ DRLs, a Volvo trademark, which now have an extra edginess to them. Those aggressive looking bumpers and dual-tone 19-inch alloy wheels complement the restrained minimalism of the XC40 Recharge.

There is an air of restrained elegance to the XC40’s cabin, which sports a tasteful but leather-free interior. The interior of the Volvo XC40 Recharge has been created without the use of any leather and is a living expression of responsible luxury.

Also on the menu are electrically adjustable front seats, premium Harman Kardon sound system, panoramic sunroof, a 360-degree camera and a full suite of sensor-based ADAS tech with Level 2 Autonomous driving. The infotainment system is powered by Google’s Android, which means owners get seamless access to Google Maps and Assistant with a standard subscription of 4 years, along with a number of apps from the PlayStore with the help of an onboard e-SIM.

The XC40 Recharge also comes with a two-year membership of the Tre Kronor program, a selection of handpicked, personalised experiences.