Will the City hatchback be Honda’s first hot hatch in India?

The recently unveiled City hatchback with a punchy turbo-petrol could sell alongside the established sedan, positioned as a sportier spinoff. 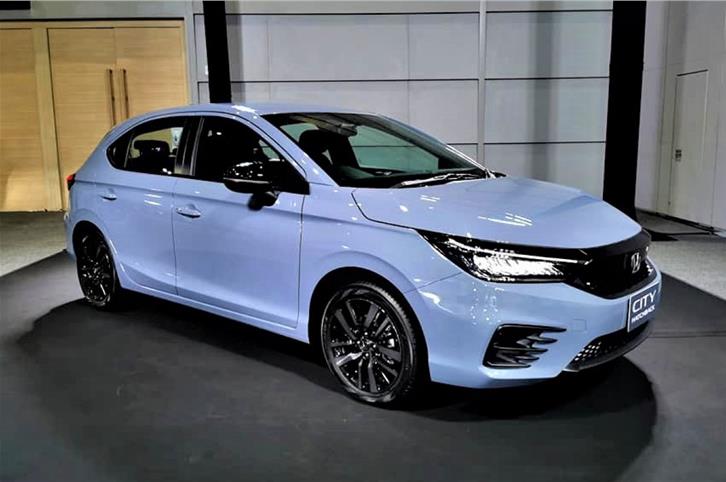 With the recent unveiling of the new Honda City hatchback, the first question that comes to mind is, will it come to India or not? It’s not an easy question to answer because the route to market for this hatchback variant isn’t straightforward and has quite a few hurdles.

The most logical way to bring in the City hatch is as a replacement to the third-gen Jazz that’s currently sold here, and that’s what being done in markets like Thailand and Malaysia. The fourth-gen Jazz – built essentially for European markets – is too costly for some Asian countries and that’s the reason why it hasn’t been introduced in those markets. It is for this very reason that Honda decided against introducing the fourth-generation Jazz in India. Therefore, the City hatch is a logical (and cost effective) alternative to the fourth-generation Jazz, given the fact that the sedan version is already on sale in these markets.

For India, though, our compact car rule will prove to be a stumbling block. Honda cars are typically priced at the upper end of their segments and the City hatch could end up leapfrogging its segment entirely. At 4,349mm in length, it misses out on the sub-four-metre tax benefits and would thus end up being priced well past its competitors and also the Jazz (length 3,989mm). Furthermore, a 350mm excess is not something Honda can get rid of with a simple reprofile of the City’s bumpers.

Thus, replacing the Jazz is tricky, as it’s already pricy and the last thing Honda needs is to offer a pricier hatchback. So then, should Honda keep the Jazz and simply position the City hatch above it? For a regular hatchback, not only would that be a very high price point, it would also go against the older-gen City sedan that Honda has still kept alive. However, the City hatch RS – the debut variant of this new hatchback derivative – could make sense.

Introducing the City hatchback as a performance model would neatly differentiate it and even cushion it from the higher tax hit for four-metre-plus cars. Pricing wouldn’t be as crucial in this segment and there’s no competition as reference.

As a genuine performance model, it breaks free of these constraints, can be priced independently, and be seen as a fun offering that appeals more to heart than the head.

And a genuine performance model it certainly is –while it has the requisite add-on sporty styling mods, it’s also powered by the 1.0-litre VTEC turbo engine that puts out 122hp and comes with a 7-speed paddle shift box.

Interestingly, Honda has told us it is interested in bringing the 1.0 turbo-petrol to India, and what better a launch pad than the hot RS hatch. Also, besides making a case for itself, the RS hatch would also greatly enhance Honda’s brand image. Once known for its fun and exciting-to-drive products, Honda chose to abandon that path and instead chased a more mass-volume approach. But thatdidn’t see success here and left many of its fans and loyal customers wanting, and its brand image somewhat muddled. The RS would be the perfect antidote to resurrect Honda’s image as a maker of truly fun-to-drive cars.