Another strategy error from Ferrari allows Verstappen to pull an 80-point lead in the championship. 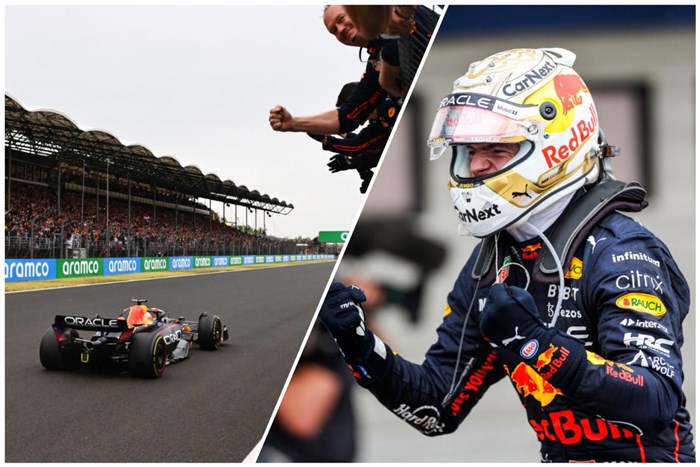 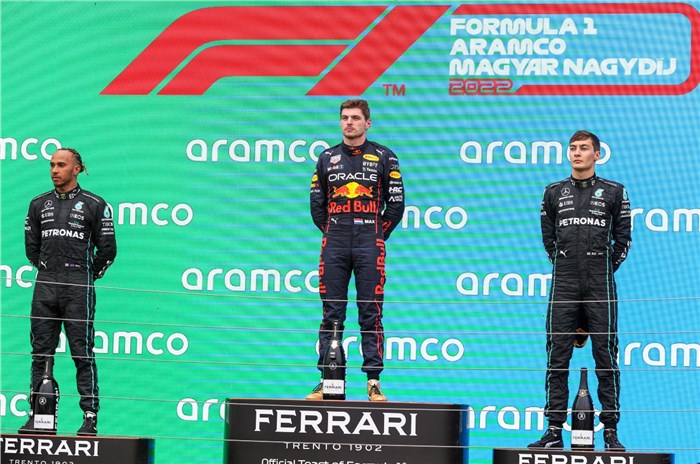 Red Bull have delivered another decisive blow to Ferrari’s championship hopes, in a race where the odds were stacked against them. Verstappen started from 10th on the grid after a troubled qualifying. But a strong recovery drive, combined with Ferrari faltering on strategy, resulted in Verstappen snatching his eighth win of the season.

Ferrari throw away shot at victory

Qualifying saw George Russell take surprise pole, as a late power issue left Verstappen on P10. Ferrari may not have bagged pole, but this presented a crucial opportunity for them to claw back some points from Red Bull.

Russell did well to hold on to the lead in the initial stages of the race, including after the first round of pit stops. But Ferrari appeared to have the pace advantage, and by Lap 31 Leclerc had passed Russell to take the lead.

Playing the strategy game right, Red Bull went for the undercut and pitted Verstappen – who by this point was already up to P4 – for a second time on lap 39. Rather than extending Leclerc’s second stint and later switching to softs, Ferrari fitted Leclerc’s car with hard tyres, despite Alpine evidently struggling with those compounds a few laps earlier.

This ended up being Ferrari’s undoing and Verstappen soon caught up and passed Leclerc. The Red Bull driver had a brief scare as he spun on track and lost the place to Verstappen. But he was able to carry on and re-took the place a few laps later.

Leclerc was then passed by Russell and Ferrari called him in for the third pit stop for soft tyres. But he couldn’t make much progress on the softs either and ended up finishing sixth.

Verstappen charges from P10 to victory

Out at front, Verstappen set about opening a gap. The threat of rain loomed in the closing stages, but it held off just long enough for Verstappen to take an unexpected win.

“I was of course hoping I could get close to the podium, but very tricky conditions out there. But we had a really good strategy, we were really reactive and always pitting at the right time. I think we had some good out-laps and at the end even with the 360 [spin], we won the race!” Verstappen beamed.

The podium ended up being an exact repeat of the French GP, with Mercedes clinching another double podium finish. Lewis Hamilton, who started seventh, was one of the fastest drivers on track in the closing laps and passed teammate Russell to finish second. This is the Briton’s fifth consecutive podium this year.

Russell couldn’t convert his pole into victory, but he did finish third ahead of Carlos Sainz. Sergio Perez was fifth, followed by Leclerc and Lando Norris. The Alpine duo of Fernando Alonso and Esteban Ocon were eighth and ninth respectively, while Sebastian Vettel – who announced his retirement earlier this week – passed his Aston Martin teammate for 10th place.

It was another disappointing race for Ferrari, who have made some high profile errors this season. This has allowed Verstappen to take an 80-point lead over Leclerc in the championship – that’s more than three race wins clear, with nine rounds to go.

Moreover, Mercedes are now closing in on Ferrari in the constructors’ championship, too. They’re just 30 points behind the Italian squad.

F1 now heads into its summer break, and action will resume with the Belgian GP on August 26-28.