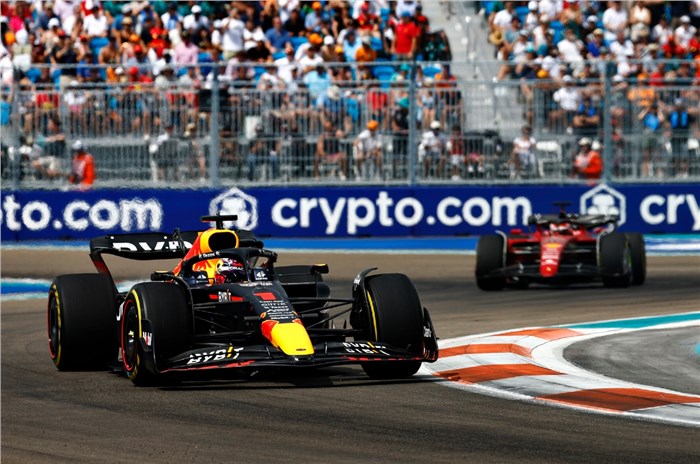 Verstappen has won all three races he has finished so far. 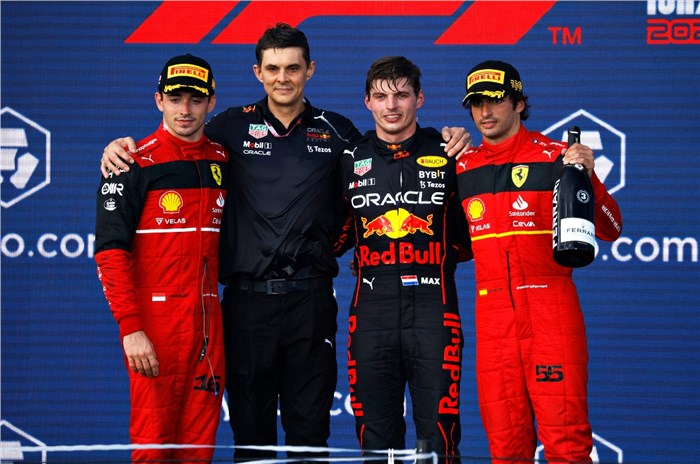 Max Verstappen has taken his second straight victory after defeating Charles Leclerc at the inaugural Miami GP. The result further bolsters his championship recovery efforts after his two retirements earlier this season.

Verstappen missed out on a front row start after making a mistake in his final flying lap. But he quickly moved up to second, passing Sainz into Turn 1 at the start. By Lap 9, Verstappen had taken the lead off Leclerc on the main straight.

For most of the race thereafter, it seemed like the reigning champion had things well under control after maintaining a comfortable gap with Leclerc. But Lando Norris’ crash on Lap 41 gave Leclerc another opportunity to hunt for the win.

The Ferrari driver was within half a second of Verstappen, launching an attack for the next few laps. But he couldn’t find a way past the Red Bull, allowing Verstappen to take victory by a margin of 3.786 seconds.

Five races into the season, it’s shaping up to be a Verstappen vs Leclerc battle for the title. In terms of pure race pace alone, Red Bull seem to have the superior package, but they still need to sort out reliability concerns. Verstappen has won all three races that he has finished, but still stands 19 points adrift of Leclerc in the championship due to his two retirements. And in Miami, too, Sergio Perez suffered power issues.

“We still have issues we have to solve,” said Verstappen. “We are quick, but, as you can see, my Friday was terrible, which is not great if you want to have a good weekend. Also I think Checo [Perez] had a few issues in the race, so we have to be on top of that. We have a lot of potential, but we need to make sure it’s reliable. We just have to nail down a really positive weekend without issues. I think, of course, in Imola we had that, but it’s still a bit of a hit and miss.”

Explaining what he believes held Ferrari back in Miami, Leclerc said, “We are very strong in terms of tyre warm up so at the beginning of every run we are strong. But after four, five laps they [Red Bull] seem to stabilise the tyres in a better window and there they are just quicker than us and it’s very difficult for us to do anything.”

Taking advantage of the Safety Car, Perez pitted for medium tyres. Despite running with a power issue, the better grip allowed him to put the pressure on Sainz. But when he made his move on Lap 52, he locked up soon after, allowing Sainz to take third place.

George Russell was another driver who benefitted from the late Safety Car, thanks to Mercedes’ alternative strategy running him on hard tyres for the opening stint. He passed his teammate Lewis Hamilton on Lap 54 to finish fifth, making him the only driver to finish in the top five of every race this season.

A late mistake from Valtteri Bottas saw him finish seventh, ahead of Esteban Ocon. Meanwhile, Fernando Alonso in the other Alpine car was hit with two penalties – one for colliding with Pierre Gasly and another for leaving the track and gaining an advantage. This dropped him from ninth to 11th, promoting Williams’ Alexander Albon and Aston Martin’s Lance Stroll to ninth and 10th places, respectively.

With his latest win, Verstappen chips away at Leclerc’s championship advantage. The Ferrari driver now leads by just 19 points. In the teams’ championship, the gap between leaders Ferrari and Red Bull Racing is down to just six points.