TVS’ Michael Metge withdraws from 2020 Dakar Rally due to injury

Adrien Metge will be taking his brother Michael Metge’s place at Sherco TVS for the upcoming 2020 Dakar Rally. 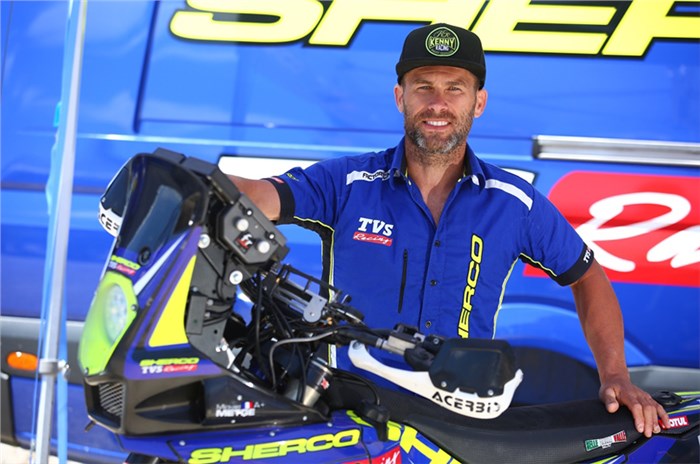 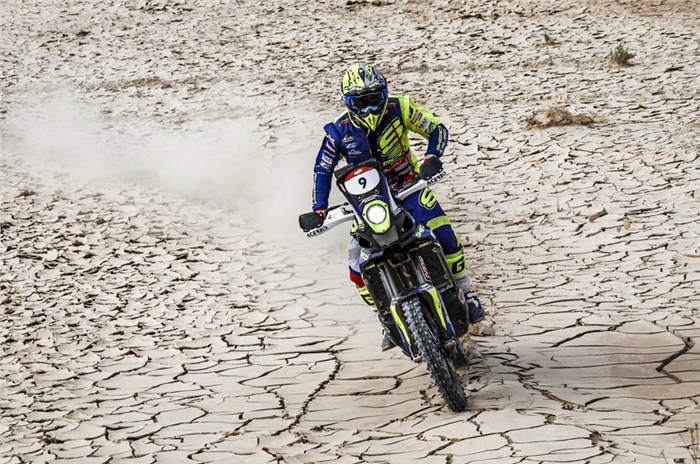 Just days before the 2020 Dakar Rally kicks off on January 5, the Sherco TVS Rally Factory Team has been hit with an unforeseen hurdle. The team’s leading rider Michael Metge has announced that a knee injury has forced him to drop out of what would have been his final outing in the iconic rally.

According to a statement released by Michael on his social media, he’d injured his knee while recently training in Morocco. “It is with great disappointment that I must announce that I will not take part in what would have been the last Dakar for me,” he said.

“Following a fall in Morocco, which caused internal injuries to my knee, I tried to treat myself as quickly as possible with the precious help of the Saint Jean clinic. However, after a motorcycle test, my knee was locked, it was impossible for me to move,”

“So [it’s] very difficult for me to make up my mind not to start this race which is so dear to my heart, for which I have given so much and trained so much every day.”

Michael will instead be replaced at the team by his brother Adrien Metge, who has also been a regular at TVS. In fact, he’d completed the 2019 Dakar Rally as TVS’ best finisher in 22nd place and will be hoping to further improve on that result as he undertakes his fifth Dakar outing. “It’s now in my hands to take the flag to the finish line for me. This will be my fifth Dakar and I wish to give it my all and bring it home for my sponsors and my brother,” he said.

Adrien will be joining Lorenzo Santolino, Johnny Aubert and Harith Noah as part of Sherco TVS’ Dakar squad. Noah will be only the third-ever Indian rider to compete in the Dakar Rally, following in the footsteps of Aravind KP and CS Santosh. After enjoying a fair share of success in India with seven national Supercross championships to his name, he made his international rally debut with TVS earlier this year at the 2019 Baja Aragon, with an impressive overall ranking of 7th.

Set to take place from January 5-17, the 2020 edition of the Dakar Rally will kick off an all-new chapter in the iconic endurance event’s history as it moves to Saudi Arabia, following a decade-long stint in South America. The rally will comprise 12 stages over a total distance of about 7,900km. While a large portion of the stages will consist of sand dunes, the official route map shows that the event will continue to test navigational abilities and endurance, with competitors having to tackle canyons, wadis and mountains as well.