First round of one-make racing series to be held in June; riders will compete on race-tuned Apache RR 310s. 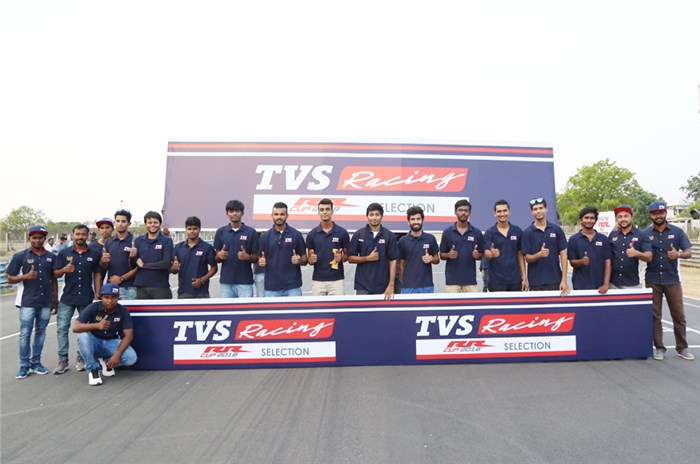 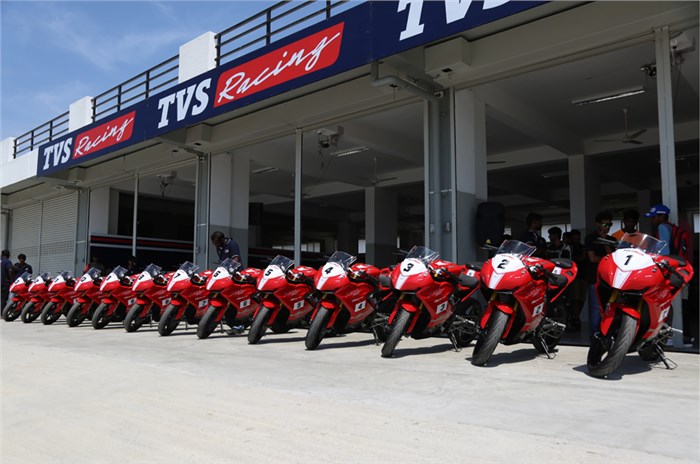 TVS Racing announced that it has finalised 12 racers for the inaugural TVS Apache RR One Make Series, which will be part of the Indian National Motorcycle Racing Championship (INMRC). The first round will be held in June.

The racers will be competing on a race-spec version of the Apache RR 310 that TVS’ engineers have equipped with a free-flow exhaust, improved induction system, race-tuned ECU and modified foot pegs for better cornering clearance. The figures for gain in power or weight reduction haven’t been shared by TVS.

Only riders with a podium finish in INMRC or any one-make championship were eligible for selection. Out of 287 entries received in total, 40 riders were shortlisted for the selection round at the Madras Motor Race Track (MMRT) in Chennai last weekend, and out of which 12 riders were finalised based on their performance.

Commenting on the selection, B Selvaraj, team manager, TVS Racing said, “When we spoke about the TVS Apache RR One Make Series at the launch of the TVS Apache RR 310, the response across the country was phenomenal. This further translated into the number of entries and we were delighted to see new names spring into the final 12. We are glad to have such spirited and talented individuals on our platform and look forward to see them compete fiercely in the cup astride race-tuned TVS Apache RR 310s. I wish them all the best for the cup.”

The TVS Apache RR One Make Series will be the Hosur-based manufacturer’s flagship class of one-make racing. It will be held along with Indian National Motorcycle Racing Championship (INMRC) in Chennai, Coimbatore and at the Buddh International Circuit (Noida). There will be a total of six rounds, with one round being part of the Asian Championship.