The Moto2 race bikes will be powered by a 765cc, three-cylinder engine based on the Triumph Street Triple’s powerplant 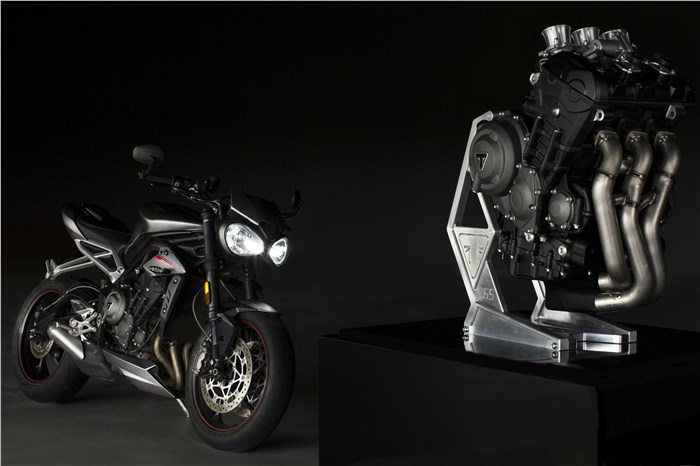 The 765cc, three-cylinder engine is based on the Triumph Street Triple's motor. 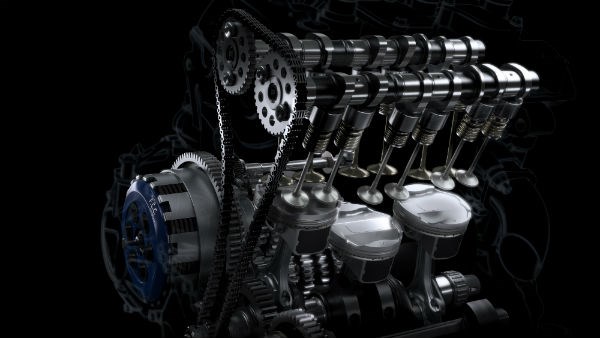 Come 2019, the FIM (Fédération Internationale de Motocyclisme) Moto2 World Championship motorycles will be powered by engines made by Triumph Motorcycles.

The British bike maker has signed a three-year contract with Dorna – the commercial rights holder of MotoGP – to supply race-spec 765cc, three-cylinder engines for Moto2 bikes. This motor is based on the one found in the 2017 Triumph Street Triple RS.

The Moto2-spec engine features a few key modifications over the road-legal Street Triple’s powerplant. These include revised inlet and exhaust ports for optimised gas flow, titanium valves and stiffer valve springs which are more durable at high engine speeds, a race-spec ECU (by Magneti Marelli) and slipper-clutch, and a taller first gear.

While the engine makes 123PS and 77Nm of peak power and torque in the Street Triple, the aforementioned modifications will result in a significant bump in outputs in the Moto2 bikes.

Speaking about the contract with Dorna, Paul Stroud, Chief Commercial Officer for Triumph Motorcycles, said; “This is a significant moment for Triumph that brings an exciting new chapter to our 110-year racing history and builds on our celebrated TT and Supersports race winning triple engines.
We look forward to a long and thrilling relationship with Dorna and the Moto2TM teams, riders and fans.”

Carmelo Ezpeleta, Chief Executive Officer of Dorna added; “We are very excited to be working with one of the world’s most iconic motorcycle brands. We are looking forward to the 2019 season and the beginning of a new generation of Moto2TM in partnership with Triumph.”