Toyota claims its fourth straight Le Mans win, with the No. GR010 Hybrid clinching victory ahead of the sister car. 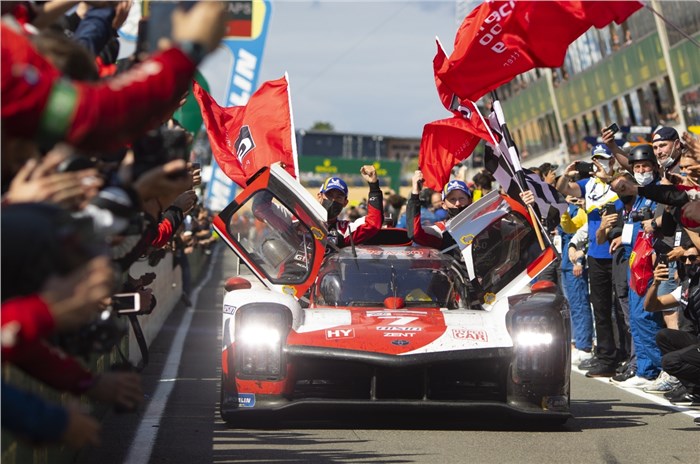 The No. 7 Toyota crew of Kamui Kobayashi, Mike Conway and Jose Maria Lopez won the 2021 edition of the 24 Hours Le Mans to become the first Hypercar winners at the Circuit de la Sarthe. While this is Toyota’s fourth consecutive triumph at the iconic endurance event, it is the No. 7 crew’s first Le Mans win, after several heartbreaking near misses in the past.

Despite securing a strong 1-2 finish, it wasn’t smooth sailing for Toyota. Sebastian Buemi in the No.8 GR010 Hybrid had to stop for a system reset after making contact with Olivier Pla in the No. 708 Glickenhaus on the opening lap itself. Both Toyota cars also lost time due to refueling issues as the race progressed.

But the team was able to control these problems and the No. 7 car crossed the finish line two laps ahead of the No. 8 Toyota of Buemi, Brendon Hartley and Kazuki Nakajima. Starting from pole position, the No. 7 crew was in the lead for a majority of the race, completing a total of 371 laps.

With this, Toyota has managed to further extend its lead in the 2021 World Endurance Championship with two rounds to go.

“This was a very hard race and a real team victory, in difficult circumstances. We asked a lot from our drivers and I am amazed by their skill to implement our solution without any time loss. It was a true team effort; we never gave up and the whole team tried everything to achieve the victory,” said Team President Hisatake Murata.

The No. 36 Alpine A480 Gibson driven by Andre Negrao, Nicolas Lapierre and Matthieu Vaxiviere secured the final podium spot, finishing four laps behind the race-winning Toyota. 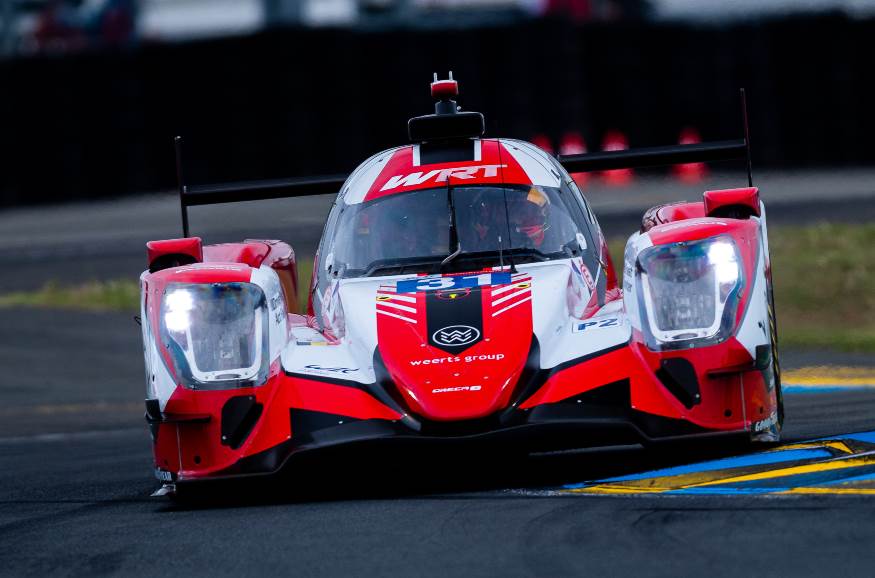 Team WRT also ended up with a victory in the LMP2 class with the No. 31 squad of Robin Frijns, Ferdinand Habsburg and Charles Milesi. But it was a bittersweet win for the Belgian squad.

They looked set to secure a 1-2 finish in the class with the No. 41 car of Louis Deletraz, Robert Kubica and Ye Yifei leading the way. But Yifei stopped on the final lap of the 24-hour race after reportedly suffering a complete loss of power. This handed the No. 31 crew victory after a close battle with the charging No. 28 JOTA belonging to Stoffel Vandoorne, Tom Blomqvist and Sean Gelael. The latter had to settle for 2nd place, finishing just 0.7secs adrift. 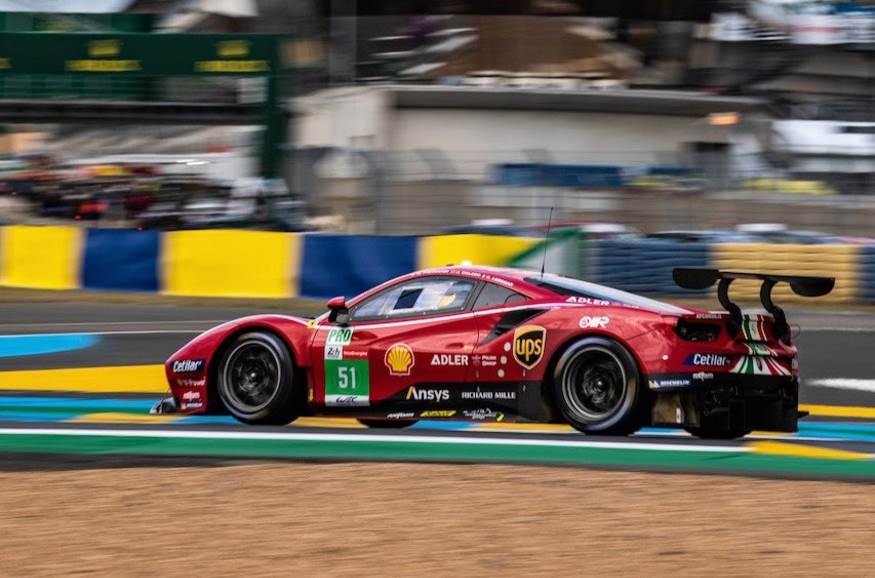 The AF Corse Ferrari team won in both LMGTE classes. In the GTE Pro category, the No. 51 AF Corse Ferrari 488 GTE Evo secured a dominant win with drivers James Calado, Alessandro Pierguidi and Come Ledogar. The No. 63 Corvette C8.R crew of Antonio Garcia, Jordan Taylor and Nicky Catsburg made some smart strategic choices to stay in the battle, but had to settle for 2nd place.

AF Corse also won in the LMGTE Am category, with the No. 83 squad of Francois Perrodo, Nicklas Nielsen and Alessio Rovera sealing a controlled and dominant win.