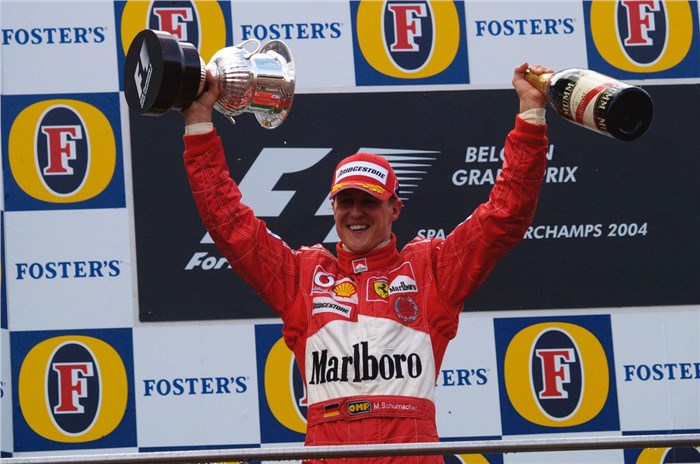 A new documentary about Michael Schumacher will be released on Netflix on September 15. Titled ‘Schumacher’, the documentary is the first one to be made in full co-operation with the Schumacher family and will offer a rare, behind-the-scenes look at the life of the fiercely private F1 legend.

Schumacher documentary supported by his family

The Schumacher documentary will trace the German racer’s path from his humble beginnings to becoming one of the most successful F1 drivers of all time, collecting seven world championships and 91 race wins. But it won’t just cover his career; the documentary promises to unfold “the many facets of his multi-layered personality” using rare interviews and never-before-seen archive material.

The Schumacher family has always protected its privacy, and more so in the aftermath of the skiing accident in 2013 that left Michael severely injured. The documentary will see his father, brother Ralf, wife Corinna and his two children – Mick and Gina – take to the screen.

The film’s director Vanessa Nocker explains it was a challenge to find a “balance between independent reporting and consideration for the family.”

“Corinna Schumacher herself was our greatest support in this. She herself wanted to make an authentic film, to show Michael as he is, with all his ups and downs, without any sugar-coating,” Nocker added.

‘Schumacher’ will be released worldwide on Netflix on September 15, to celebrate the 30th anniversary of his F1 debut.

Kehm described the documentary as “his family's gift to their beloved husband and father.” "Michael Schumacher has redefined the professional image of a racing driver and has set new standards. In his quest for perfection, he spared neither himself nor his team, driving them to the greatest successes. He is admired all over the world for his leadership qualities. He found the strength for this task and the balance to recharge at home, with his family, whom he loves idolatrously. In order to preserve his private sphere as a source of strength, he has always rigorously and consistently separated his private from his public life. This film tells of both worlds,” she said.