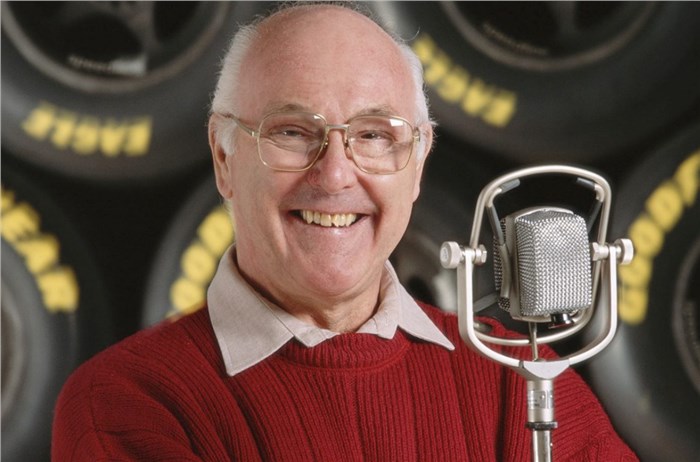 Legendary motorsport commentator Murray Walker, who became a household name for an entire generation of racing fans as the lead commentator for F1, has passed away. He was 97.

Known for his excited, enthusiastic commentary style, Walker served as the lead voice of F1 in the UK for nearly three decades. He also provided memorable commentary for the British Touring Car Championship, rallycross and numerous other motorsport categories.

Walker became one of the world's most famous commentators due to his infectious style, witty observations - and mixed the odd error made in sheer excitement (who can forget his iconic “Unless I’m very much mistaken – which I am!”).

Born in Birmingham in 1923, he developed a passion for motorsport through his father Graham, who was a works rider for Norton Motorcycles. Walker joined the Army during World War Two, during which he commanded a tank and eventually rose to the rank of captain. After the war Walker briefly competed in motorcycle races and trials, while also building a successful career in advertising.

Walker's commentary career began at Shelsley Walsh in 1948, and he was one of the BBC radio commentators for the 1949 British Grand Prix. He also commentated on motorcycle races, including the Isle of Man TT, and worked for the BBC alongside his father. Following his father's death in 1962 Walker became the BBC's lead motorcycle commentator, while also working on occasional Formula 1 races.

He became the BBC's lead F1 commentator from 1976 until ITV secured the TV rights in 1997. He joined the commercial broadcaster, before finally retiring from full-time commentary at the 2001 United States Grand Prix.

Martin Brundle, who commentated alongside Walker for the BBC and ITV, tweeted: “Wonderful man in every respect. National treasure, communication genius, Formula 1 legend.”

Damon Hill, whose 1996 F1 World Championship win was marked by Walker memorably admitting "and I've got to stop, because I've got a lump in my throat", said, "God's Speed Murray and thanks for so much. The Legend will never die."

Formula 1 issued a statement, saying, “His passion and love of the sport inspired millions of fans around the world. He will forever be a part of our history, and will be dearly missed.”

Seven-time F1 world champion Lewis Hamilton echoed the sentiments of fans around the world who grew up listening to Walker’s commentary, saying, “So sad to hear of Murray’s passing. I remember growing up hearing your voice over the races. You made the sport so much more exciting and captivating. The iconic voice of our sport and a great man, thank you for all you did, you will never be forgotten. Rest in peace.”