MRF on podium at European Rally Championship Round 5

MRF Tyres secured a second place result in the Azores Rallye with WRC driver Dani Sordo behind the wheel of a Hyundai i20 R5. 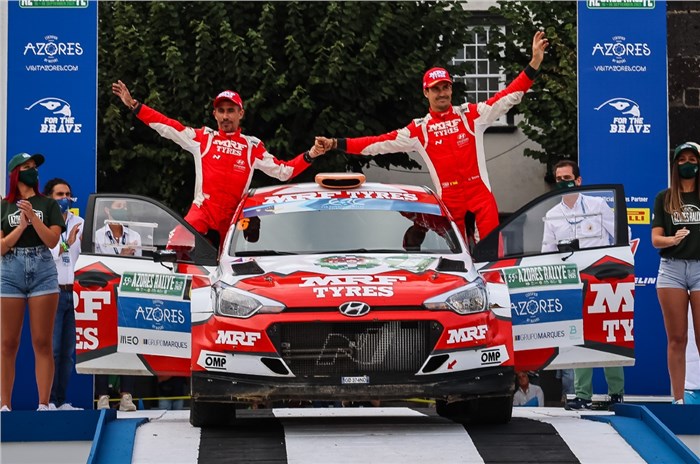 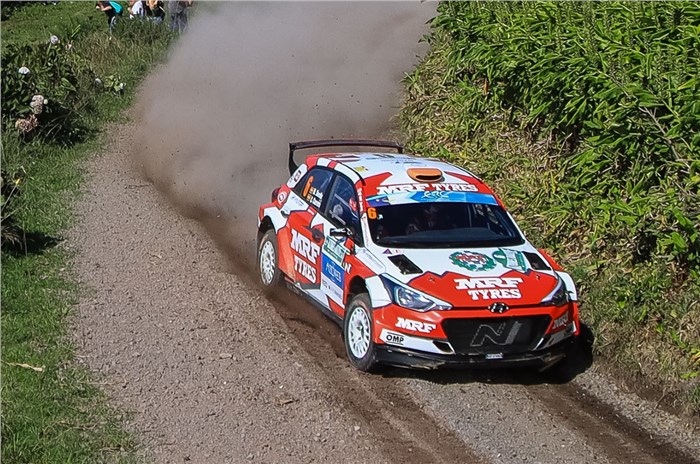 Team MRF Tyres finished second in the Azores Rallye Round 5 of the 2021 European Rally Championship. World Rally Championship (WRC) driver Dani Sordo joined the Indian manufacturer for this round, driving a Hyundai i20 R5 to the podium result.

At one point, the duo were at the lead, but it was a tight battle throughout. After the first day of action, the top three contenders were separated by just 4.5 seconds.

MRF opted for an aggressive strategy while keeping an eye on its overarching tyre development goals.

Sordo and Carrera locked in a close battle with Toksport WRT’s Andreas Mikkelsen and Elliott Edmondson in the final three stages. MRF ultimately had to settle for second place, just 14.8 secs behind Mikkelsen.

“The second place finish is a great result. We did very well to lead the rally, and take three stage wins throughout the weekend," said Sordo. We beat our expectations and I am happy with this second place. Azores is an amazing rally with amazing stages. To win a legendary stage Sete Cidades was great for me and MRF Tyres.”

The European Rally Championship will continue in Portugal, with the Rally Serras de Fafe e Felgueiras slated for October 1-3. This will be the last gravel rally of the season. MRF will also be gunning for victory in the Finnish Rally Championship this weekend, with drivers Emil Lindholm and Reeta Hämäläinen.