Ducati rider Andrea Dovizioso had to undergo surgery after crashing during a motocross race in Italy. 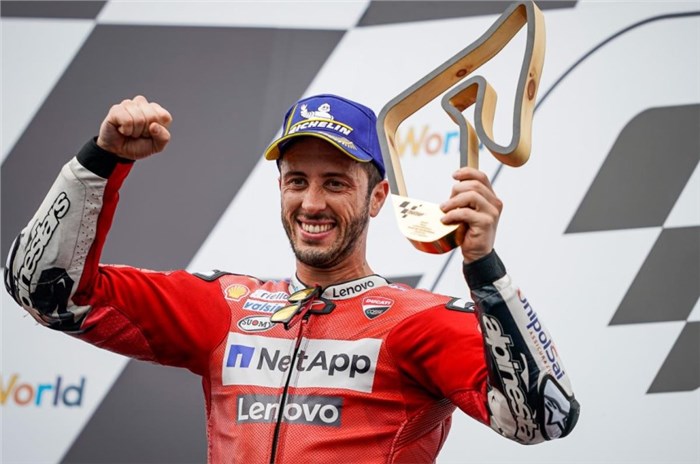 Ducati MotoGP rider Andrea Dovizioso suffered a broken collarbone after crashing during a motocross race in Faenza, Italy. With just three weeks to go for the 2020 MotoGP season to get underway (it'll start on July 19), Ducati has confirmed that the he will be undergoing surgery in order to be fit in time for the season.

It is understood that Ducati had given Dovizioso permission to compete in the race as part of his training for the upcoming season. Both parties are currently negotiating a contract extension for the Italian rider, who has raced for Ducati since 2013.

Can Dovizioso recover in time for the 2020 MotoGP season?

Reports suggest that under normal circumstances such an injury would be allowed to heal by itself, but Dovizioso and Ducati decided to go ahead with the surgery to ensure he’d be able to compete in the season opener in Jerez.

While three weeks may seem like a short time, past examples all point towards Dovizioso being part of the grid on July 19. In 2013, Jorge Lorenzo managed to compete in the Assen GP just 48 hours after suffering a broken left collarbone during a crash in free practice.

The 2020 MotoGP season will kick off with a double header in Jerez on July 19 and 26. So far, the series’ governing body, the FIM (Fédération Internationale de Motocyclisme), has confirmed a 13-race European calendar. The possibility of holding rounds outside Europe will be assessed and confirmed before July 31.