Mini returns to the WRC 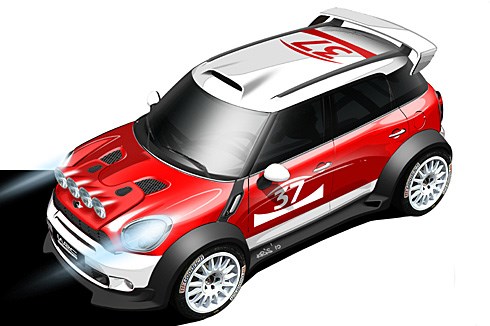 Mini has confirmed that it is returning to world championship rallying next year, with a Countryman WRC developed and run by Prodrive.

The deal, which has been rumored for several months, includes a limited programme in 2011 with the Countryman WRC - designed to the World Rally Championship's new turbocharged 1600cc, four-wheel-drive regulations. A full campaign will then follow in 2012.

Mini says "the involvement is planned for several years”; the firm is said to be keen to exploit its brand’s history in rallying, including its famous victories on the Monte Carlo Rally.

Testing of the car will begin in the autumn, but Mini has yet to specify a date for a competitive debut. Rallying insiders say that next's year's Rally Sardinia is the most likely event. The firm has not confirmed any drivers either, although multiple world champion Marcus Gronholm has been linked with the campaign. Britain's Intercontinental Rally Challenge title-holder Kris Meeke is also said to have had discussions about a drive.

Ian Robertson, BMW Group's sales and marketing boss, said, "I am delighted Mini will be represented on one of the most popular stages in international motorsport. "The deal is a coup for Prodrive, which has been absent from the World Rally Championship since Subaru's withdrawal at the end of the 2008 season.

Mini has revealed that the firm has been working on the Countryman WRC since early 2009.The firm's chairman David Richards said, "This is a very exciting new motorsport programme. I believe our new Mini will become a firm favourite of the latest generation of rally fans."