Mahindra Racing to partner Suter for 2013

Mahindra will partner the Swiss company to produce an all-new Moto3 machine for the 2013 season. 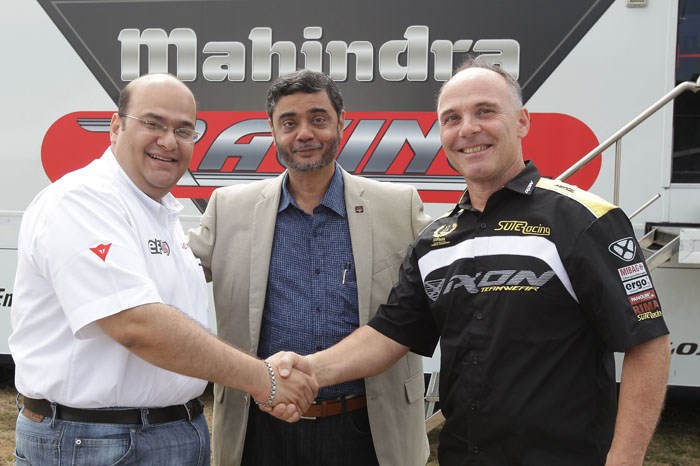 Mahindra entered the MotoGP in 2010 and put in a creditable performance in the outgoing 125cc two-stroke class. The switch to the four-stroke, 250cc single-cylinder Moto3 class for 2012, however, has seen the team struggle with engine performance since the onset of the season.

S.P. Shukla, Mahindra’s President of Group Strategy and Member of the Group Executive Board said, “We have said this before and we reiterate that Mahindra is committed to succeeding in MotoGP.

“We have been impressed by Suter Racing Technology - its track record, facilities and expertise and its Moto3 bike design."

Eskil Suter, CEO of Suter Racing Technology AG, added, “It is very motivating for us to be working with Mahindra Racing. With such an important global group behind the team which has huge potential.

"Mahindra’s presence in MotoGP is important for the future of the sport and I am proud that our company has been chosen to help them achieve their goals.”