Mahindra Adventure pulls out of 2019 INRC

Following the unfortunate incident that claimed three lives last month in Jodhpur, Mahindra Adventure will not be competing in the remaining rounds of the 2019 INRC. 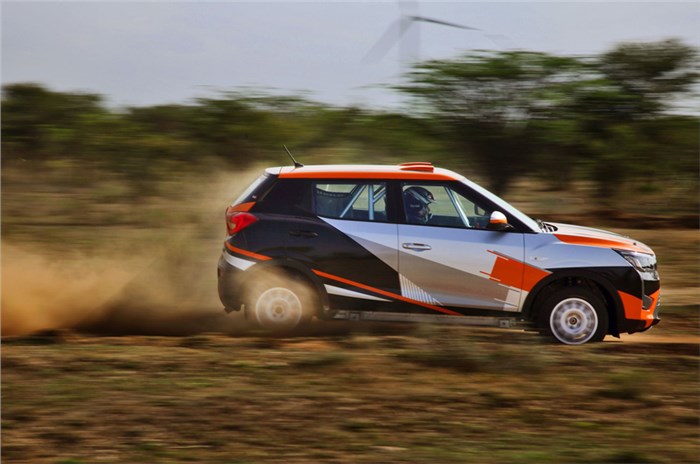 Mahindra Adventure has decided to pull out of the remaining three rounds of the 2019 Indian National Rally Championship (INRC), as Autocar India understands.

The decision follows the unfortunate incident that claimed three lives at the championship’s third round in Jodhpur last month, after a collision of Arjuna awardee Gaurav Gill’s car with a bike that strayed onto an active rally stage, despite the stretch being cordoned off and closed to the public. The rally was cancelled following the incident.

Mahindra Adventure competed in the first two rounds in Chennai and Coimbatore. Gill and Amittrajit Ghosh piloted the new rally-spec Super XUV300, as the team looked to further fine-tune its new rally machine after replacing the erstwhile Super XUV500. However, as it stands, the team will not be competing in the rest of the season, missing the final three rounds in Kochi, Bangalore and Chikamagalur. According to sources, Mahindra is hesitant to participate in the remaining rounds of the championship after taking into account the manner in which the incident in Jodhpur was handled by organisers and the Federation of Motor Sports Clubs of India (FMSCI).

Mahindra Adventure has been an INRC stalwart for several years, with the team, along with Gill, winning the championship thrice – in 2014, 2017 and 2018. The absence of such a major manufacturer is bound to be a big blow, not just to the INRC but to Indian motorsport in general.

Following the incident, reports emerged stating that Gill and his navigator Musa Sherif had been booked for culpable homicide not amounting to murder (Section 304 in the Indian Penal Code). Furthermore, with Gill having recently won the Arjuna Award, this incident drew some unfair scrutiny of his achievements.  However, we have since learned that Gill has in fact been booked under Act 304A for ‘causing death by negligence’ – which carries a lighter penalty. While this does offer some respite, it is yet important to remember that Gill wasn’t driving rashly on a public road; he was simply doing his job of driving a rally car as fast as possible – the very thing he won an Arjuna Award for.

Thousands of people lose their lives on railway tracks all over India knocked down by trains, but should the train driver be responsible for this tragic loss of life? Absolutely not. In fact, it’s the other way around. Unauthorised trespassing on railway tracks is a punishable offence under Section 147 of the Railways Act, 1989. Autocar India firmly believes that Gaurav Gill should be acquitted of all charges – and hopefully the law will take the right course and overturn the 304A penalty he has been slapped with.

What happened in Jodhpur was tragic and it serves as yet another reminder that ultimately motorsport is dangerous. This must be used as an opportunity to re-evaluate safety measures and how to effectively communicate the dangers of motorsport to not just participants, but also its spectators.