Group Lotus has become title sponsor of and a major shareholder in the rebranded Lotus Renault GP Team. 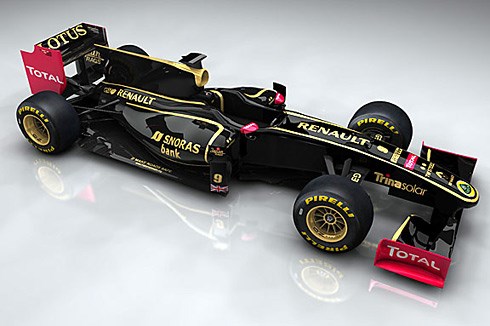 Group Lotus has ramped up its involvement in Formula 1 by becoming title sponsor and a major shareholder in the rebranded Lotus Renault GP Team.

Renault has revised its F1 strategy by selling the stake it had in its F1 team back to co-owners Genii Capital and will now focus on being just an engine supplier. That move has allowed Genii to sell a stake to Group Lotus - which has led to a renaming of the outfit and a move for the team's colours to be in iconic black and gold next year.

The title sponsorship deal with Group Lotus is due to run until the end of the 2017 season, with Renault committing to supply engines to the team for a number of years.

Gerard Lopez, chairman of Renault F1 Team, said about the deal: "We are delighted that we can now go public with the news that we will be racing as Lotus Renault GP in 2011. It is extremely exciting to begin a new era for the team in partnership with Group Lotus, and we will continue to enjoy a strong relationship with Renault over the coming seasons."

The announcement of Group Lotus' plans for 2011 comes despite Tony Fernandes pushing on with his plans to race as Team Lotus next year - with his outfit now also having Renault engines and set to run in black and gold colours.

Group Lotus CEO Dany Bahar, who has been pushing aggressively for his company's return to motorsport, added: "I can think of no better platform for automotive brand communications than motorsport and F1 is the very pinnacle of open-wheel racing.

"We're well aware that there has been a lot of controversy around the usage of our brand in F1 and I'm delighted to be able to formally clarify our position once and for all: we are Lotus and we are back."