While none of the frontrunners opted to pit, a number of those running in the back did, among the Daruvala – who had started the race in 15th. 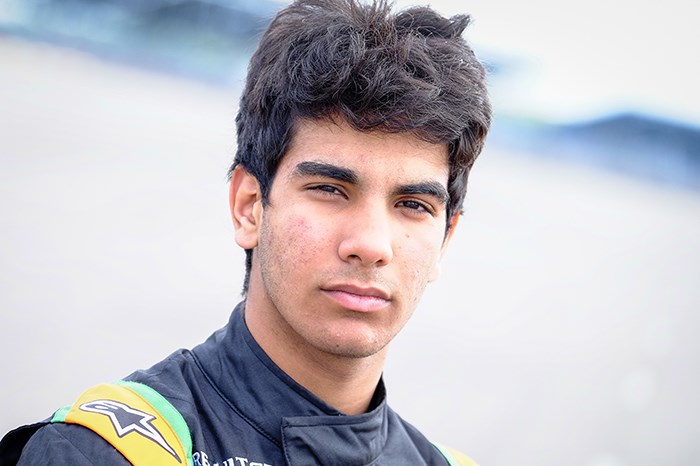 Daruvala, who had claimed four podiums in his debut Formula Renault season in 2015 but remained winless, correctly gambled on the wet compound to steal victory away in the 20-lap race.

Despite rain hitting the track at the start, the drivers started on slicks and pole-sitter Lando Norris put on dominant pace, besting the field by more than a second each lap.

As the rain fell harder, several drivers pitted to switch to rain tyres and were immediately quicker by five seconds a lap on an average.

While none of the frontrunners opted to pit, a number of those running in the back did, among the Daruvala – who had started the race in 15th.

Although they had the advantage in terms of pace, the gambling group’s chances of a victory were not certain given the spectacular pace Norris continued to show. But on lap 12, the Briton’s massive lead vanished with the appearance of the safety car.

At the restart, chaos ensued, and Daruvala seized the opportunity to go from seventh to first.

Another safety car appearance followed and, after two laps of coasting, the race was red-flagged for good.

Daruvala was confirmed as the winner, making him the second Indian to win at Toyota Racing Series after Arjun Maini last year.

The rest of the podium spots went to Ferdinand Habsburg and Markelov, who both worked their way around Norris right before the race was suspended.