India Baja rally to kick off on April 7

The second edition of the rally will be held in Jaisalmer; will be first Indian event in the Dakar Challenge Series. 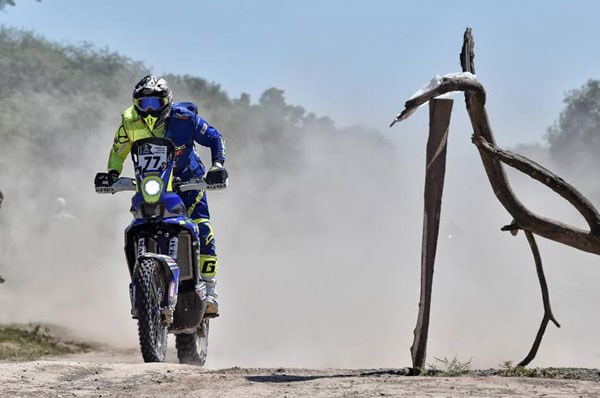 Jaisalmer will play host to the second edition of the India Baja from April 7-9. This year’s Baja will mark the first time that an Indian venue is part of the Dakar Challenge series, which also features the Sonora Rally in South Africa and the Afriquia Merzouga Rally in Morocco.

On the other hand, the winner in the four-wheeler category will get a free entry in the 2018 edition of Maruti Suzuki Desert Storm.

The rally will be conducted over two legs, divided into six stages covering a total distance of 430km.

Some of the prominent racers set to participate in the race include Portuguese rider Joaquim Rodriguez, representing Hero Motorsports Team Rally; and French rider Adrien Metge, along with Aravind K.P., representing TVS Racing. Unfortunately, India’s top rally-raid rider C.S. Santosh of Hero Motorsports and winner of the first edition of India Baja in 2016 will have to sit out the rally as he is still recovering from the neck injury he suffered during the Desert Storm rally in January. The other notable names at the circuit will be national champions R. Nataraj and Abdul Wahid Tanveer of TVS Racing.

The India Baja 2017 rally will be flagged off from Jaisalmer on April 7 and will conclude on April 9. The rally will see the participation of over 100 competitors.

Marc Coma, sporting director of the Dakar Rally and five-time Dakar winner in the moto class said, “As a former rider, I'm very excited to see the promotion of the discipline in India. Now onwards, riders have a relevant platform to discover and practice road book and navigation, a stepping stone to attend Dakar Series events or even the Dakar itself.”