Honda India to participate in 2018 ARRC 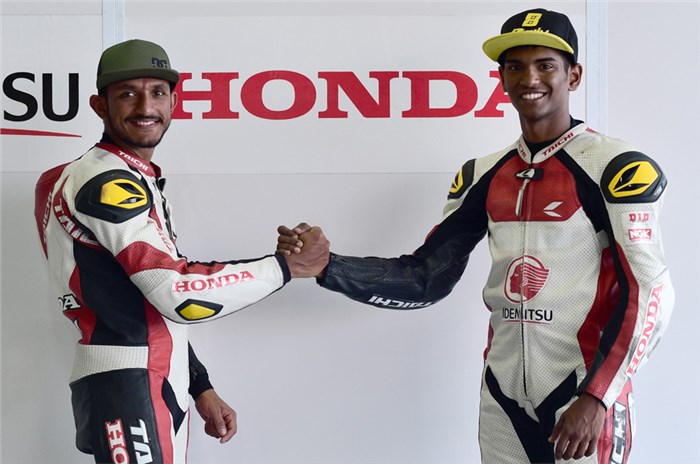 Bearing good news for Indian motor sport fans, Honda Motorcycle & Scooter India Pvt. Ltd (HMSI) announced that they will be making an official entry in the 23rd season of the Asia Road Racing Championship (ARRC). The Indian team has been christened ‘Idemitsu Honda Racing India by T Pro Ten10’ and it will be competing in the Asia Production 250cc and in SuperSports 600cc categories.

The team will be managed by HMSI, while rider management will be taken care of by Ten 10 Racing; T Pro will provide technical support. Indian riders, Rajiv Sethu and rookie Anish D, will compete in the 250cc class while Japanese rider Taiga Hada will battle against 21 other racers in the 600cc class. Hada is a seasoned campaigner and had finished the 2017 season in third place.

Honda entered the Indian two-wheeler racing arena in 2008, with a focus on nurturing, developing and providing professional platforms for Indian racing enthusiasts. Now the Japanese two-wheeler giant has taken the next big step to give Indian riders more exposure to international racing, which will help them improve their riding skills and represent the country at international events.

Round 1 of the 2018 ARRC was held in Thailand at Chang International Circuit over the weekend, but it wasn’t a good one for the India team. Rajiv Sethu finished in 18th place in both the races while Anish D failed to finish Race 1 and managed to cross the line in 20th position in Race 2. Hada managed to finish Race 1 in eighth place and followed it with a ninth-place finish in the Race 2 in his debut race for Idemitsu Honda Racing India team by T Pro Ten10.

Speaking about the new team, Minoru Kato, president and CEO - HMSI, said, “Honda 2Wheelers India is proud to announce that, for the first time, an Indian team will be participating solo in the 23rd season of Asia Road Racing Championship (ARRC) 2018. It is our next step towards realising the dream to develop iconic Indian riders for both, national and international racing championships. My best wishes to the ‘Idemitsu Honda Racing India’ by T Pro Ten10 and the two riders Rajiv Sethu and Anish D. Shetty. The motorsport excitement will continue in 2018. Honda will announce a slew of new programmes to promote and expand professional motorsport in India.”

The next race of ARRC 2018 will be held in Adelaide, Australia, from April 19 to 22. Japan’s iconic Suzuka circuit will be the third battleground from June 1 to 3. The second-half of the season will see the Indian contingent race on home ground as ARRC will return to MMRT, Chennai, from August 3 to 5. This will be followed by penultimate round at Indonesia (October 12 to 14) and the season finale will be held in Thailand from November 30 to December 2, 2018.