Apart from the new NSF250R series, Honda will also be entering the Pro-Stock 165cc and 200-300cc classes of the Indian National Motorcycle Racing Championship. 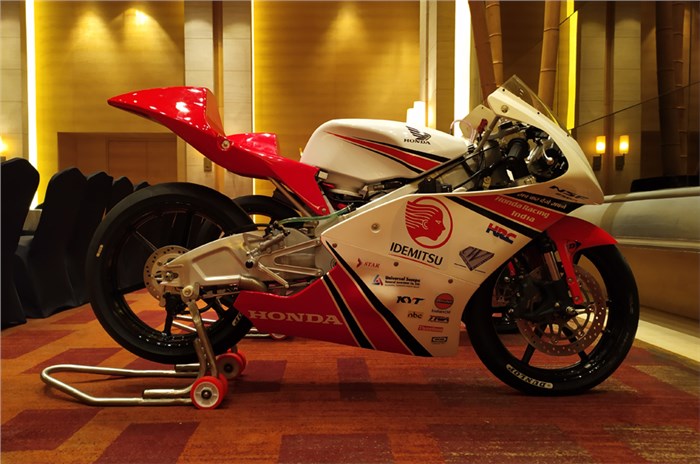 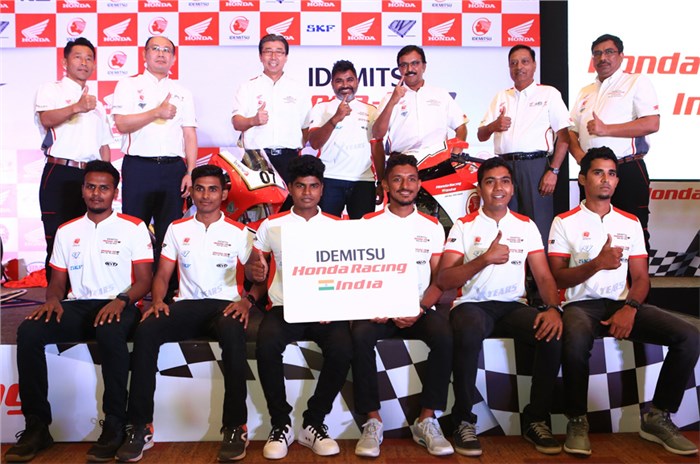 Honda India has announced its motorsport plans for 2019, at a press conference held in Chennai, with the highlight being the introduction of the NSF250R Honda Talent Cup. The four-race series will see eight riders (aged between 12 and 19), who were shortlisted from a group of 132, compete on the Honda championship-winning NSF250R Moto3 racer.

The NSF250R is the motorcycle that Honda won the 2015 Moto3 constructor's championship with and it produces an impressive 48.3hp at 13,000rpm and 28Nm of torque at 10,500rpm. The introduction of the NSF250R Honda Talent Cup is a great opportunity for budding racers to experience and compete on an international race-spec bike. The eight seelcted riders are Sarthak Shrikant Chava, Kavin Samaar Quintal, Geoffrey, Mohammed Mikhail, S Varoon, Mohsin, Charan T and Kritik Habib. Two of the eight riders – 15-year-old Mohammed Mikail and 19-year-old Kritik Habib – currently race the NSF250R in the Thai Talent Cup, and will be looking to utilise their experience with it in the opening round. The youngest of the lot is 12-year-old Sarthak, who also has a motocross title under his belt.

Prabhu Nagaraj, vice president, brand and communications, HMSI, told us that Honda has an entire roadmap in place for the future of these riders, and that it's looking to get as many Indian riders as possible onto the international racing scene.

Domestically, Honda also announced that it will enter the Pro-stock 200-300cc class of the Indian National Motorcycle Racing Championship with Sarath Kumar, Anish Shetty and Abishek Vasudev – all of whom will also share responsibility in coaching the Honda Talent Cup riders. The manufacturer will continue to participate in the Pro-Stock 165cc category of the championship with B. Aravind, Yashas R.L and K. Kannan.

To further increase their reach to developing riders, Honda will also conduct the IDEMITSU Honda Talent Hunt for riders between the ages of 13 and 17, in five cities this year. The selected riders will be trained on, and participate in the IDEMITSU Honda India Talent Cup 2019 on the CBR 150R.