The manufacturer has also announced three new teams which will compete in Moto2, Moto3, the Suzuka 8 Hours Endurance Race and All Japan Road Race Championship. 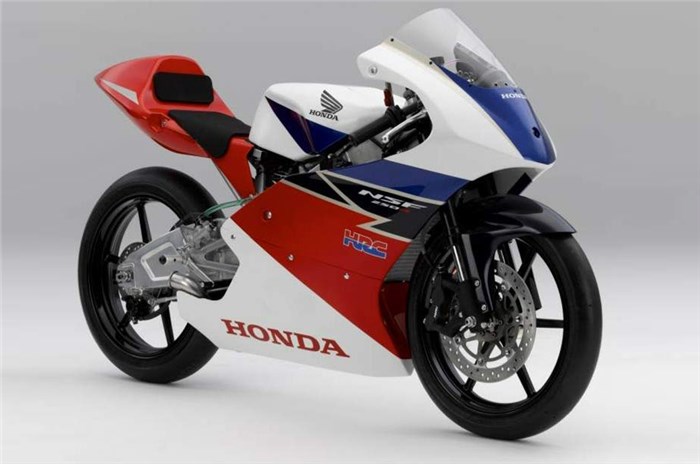 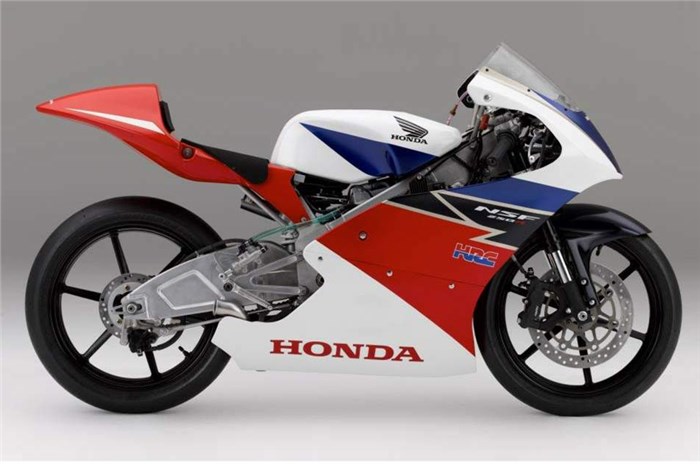 As part of a renewed effort to promote Indian racing talent, Honda 2Wheeler India will be launching a new motorcycle racing series in 2019. Set to run parallel to existing national championships, the one-make championship will see participants compete on the Honda NSF 250R Moto3 racer – a bike which helped Honda clinch the Moto3 constructors’ title in 2015.

Developed by Honda Racing Corporation in 2011 as a replacement for the two-stroke Honda RS125R, the four-stroke NSF 250R is powered by a 249cc engine assisted by a ram-air intake system. Commenting on the introduction of the Moto3 racer in India, Prabhu Nagaraj, Vice President, Brand and Communications, Honda Motorcycle & Scooter India Pvt Ltd. said, “Setting a new benchmark, the highly successful NSF 250R starts a new chapter in Indian motorsports. Acknowledged globally as a stepping stone for budding champions, NSF 250R will be a huge step up for Indian riders. Riding experience on purpose built racing motorcycle will help them gain competitive edge bringing them at par with international racing at an early stage of their career.”

The NSF 250R is a very serious race bike that has competed at the highest international level for this engine class. It’s a highly commendable move for Honda to introduce this motorcycle to Indian racing. It will help take the talent pool a step forward towards preparedness for competing internationally.

Honda 2Wheeler India has also announced three new teams exclusively for Asian riders in international racing championships. The first of these will be the Honda Asia Dream Racing team, which will compete in the Suzuka 8 Hours Endurance Race and the JSB1000 class of the All-Japan Road Race Championship. The IDEMITSU Honda Team Asia and Honda Team Asia teams will compete in the Moto2 and Moto3 class of the FIM Road Racing Championship respectively – both classes serving as important stepping stones to the premiere MotoGP class.

“It is my dream to see an iconic Indian compete in Grand Prix level racing. With a clear development path and structured approach to nurture riders in place, we now want to take Indian motorsports to the next level. Honda will introduce the Moto3 machine NSF 250R as competition bike in India next year. India’s best racers from Honda India Talent Cup and national championship will be racing on NSF 250R in a separate series running parallel to existing national championships. Motorsports has a bright future in India and Honda will continue to take such steps to support racing talent,” said Minoru Kato, President and CEO, Honda Motorcycle and Scooter India Pvt Ltd.