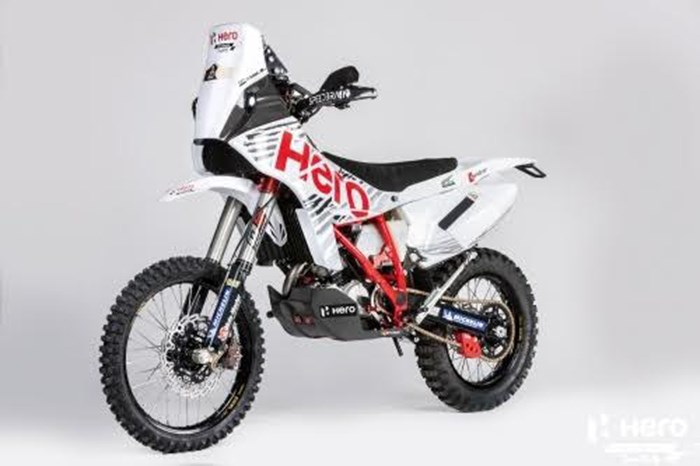 Hero MotoCorp, the world’s largest two-wheeler manufacturer, has annouced its foray into the world of motorcycle rallying with a strategic partnership with Speedbrain GmbH, a German off-road racing team.

The newly instated Hero MotoSports Team Rally’ will make its debut at the Merzouga Rally in Morocco later this month, with an upgraded version of the Speedbrain 450 rally bike, from May 21 to 27. Several rallies are in the pipeline enroute the 2017 edition of the Dakar.

Indian rider CS Santosh will be in the saddle of one of the motorcycles, making it the first Indian team/rider combo to take on the Dakar. Santosh has participated in two editions of the Dakar already, with KTM and Suzuki respectively.

The move makes Hero MotoCorp the second homegrown manufacturer to participate in the gruelling Dakar Rally after TVS, who has been participating in the Dakar under a similar partnership with French manufacturer Sherco for the last two editions.

Santosh's teammate Joaquim Rodrigues ala ‘J-Rod’ from Portugal is a motocross and supercross factory rider, albiet new to the rallying genre.

The Hero MotoSports Team Rally will be headed by Mr. Wolfgang Fischer, Managing Director, Speedbrain and will be under the direct supervision of Dr. Markus Braunsperger, Chief Technology Officer (CTO), Hero MotoCorp, and will work in close collaboration with his team at the Hero Centre of Innovation and Technology.