Bottas denied Hamilton victory in Austin, but a 2nd-place finish was enough for Hamilton to secure his sixth F1 title. 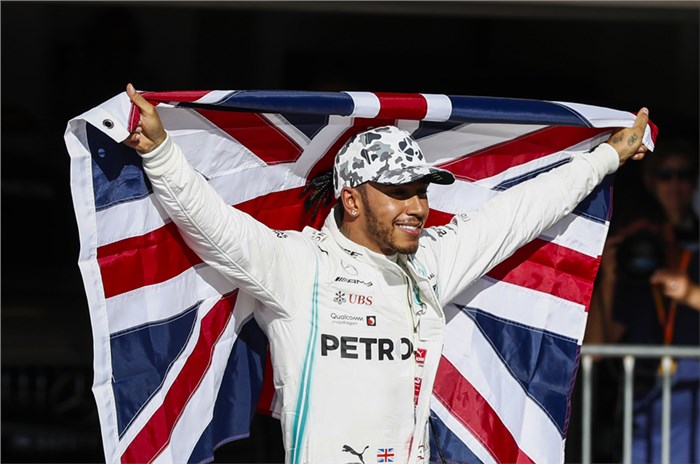 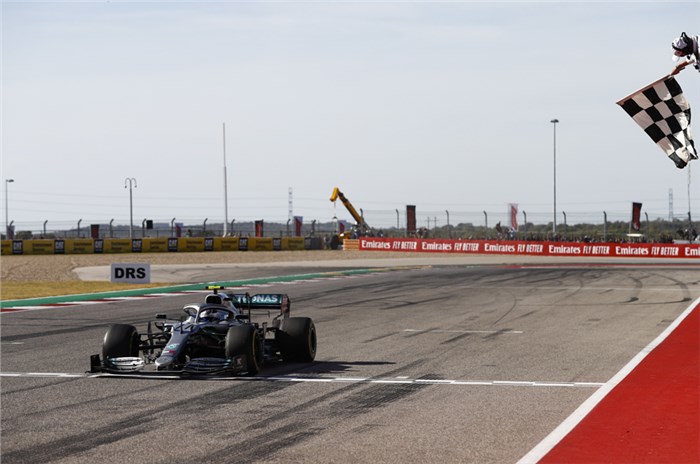 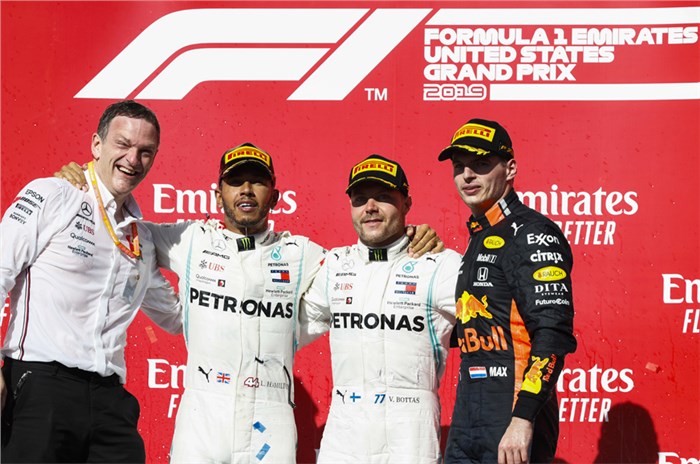 Lewis Hamilton successfully wrapped up the 2019 F1 drivers’ championship at the US Grand Prix with a 2nd-place finish, while his teammate Valtteri Bottas crossed the finish line in 1st place. With a sixth F1 title now under his belt, Hamilton joins Michael Schumacher as only the second driver to win as many as six F1 drivers’ championships. Meanwhile, Mercedes has also created history by becoming the first-ever F1 team to secure six consecutive double F1 titles.

As Bottas pulled out at front, a chaotic start saw Carlos Sainz and Alexander Albon make contact, forcing the latter’s Red Bull up into the air. Ferrari’s race victory hopes faded fairly early on with Sebastian Vettel retiring due to a suspension failure and Charles Leclerc enduring a rather difficult day too. Vettel spent several laps complaining about understeer and was running down in 7th place when his car suffered a right-rear suspension failure on Lap 8 after running over the exit kerb of Turn 9.

Out at front, Max Verstappen and Bottas committed to a two-stop strategy with Verstappen pitting for a set of hard tyres on Lap 14 and Bottas following suit a lap later. Leclerc couldn’t quite match the pace of the Mercedes drivers – and even Verstappen. A slow pit stop on Lap 21 dropped him out of victory contention entirely. Meanwhile, as Hamilton continued his extended first stint, Bottas starting showing some blistering pace on his fresh tyres and was able to catch up with and overtake his teammate to regain the race lead.

Hamilton finally pitted on Lap 25, while Verstappen and Bottas took their second pit stops around 10 laps later. This slotted Hamilton into the lead with Bottas 10sec adrift and Verstappen just behind him. With Hamilton only needing to outscore his teammate by four points to clinch the title, Mercedes suggested that he could stop again and settle for a 2nd place finish, but Hamilton was determined to make the one-stop strategy work.

With just five laps to go, Bottas was right on Hamilton’s tail and despite being unable to make a move stick then, he was pulled off a race-winning overtake on the next lap, taking the lead down the back straight. The Finnish driver finally crossed the finish line 4sec ahead of Hamilton to secure his fourth win of the year. Verstappen was on a late charge, but ultimately ran out of time to attack Hamilton and had to settle for 3rd place.

Leclerc finished a distant 4th, while Albon pulled off an impressive recovery drive following his opening lap tussle with Sainz to finish 5th. Daniel Ricciardo followed him in 6th place, ahead of the McLaren duo of Lando Norris and Sainz. Behind them, Nico Hulkenberg bagged 9th place after a late-race charge, while Daniil Kvyat passed Sergio Perez for 10th place on the very last lap, the two making contact in the process. After the race, Kvyat was handed a penalty for the incident, dropping him to 12th place and promoting Perez to the final points scoring position.