Verstappen took a dominant victory, with Bottas and Raikkonen completing the podium. 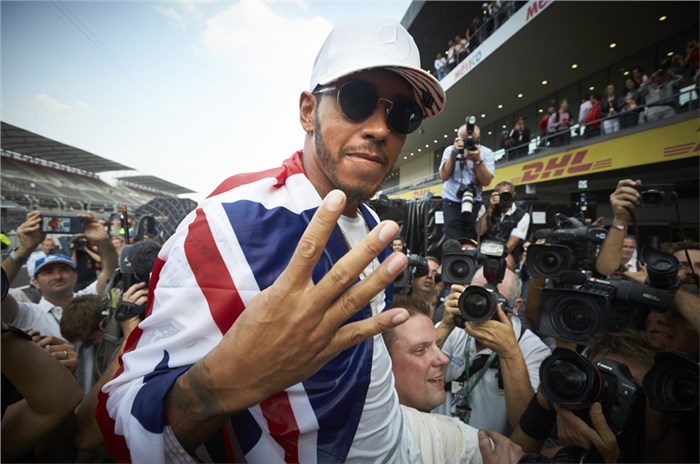 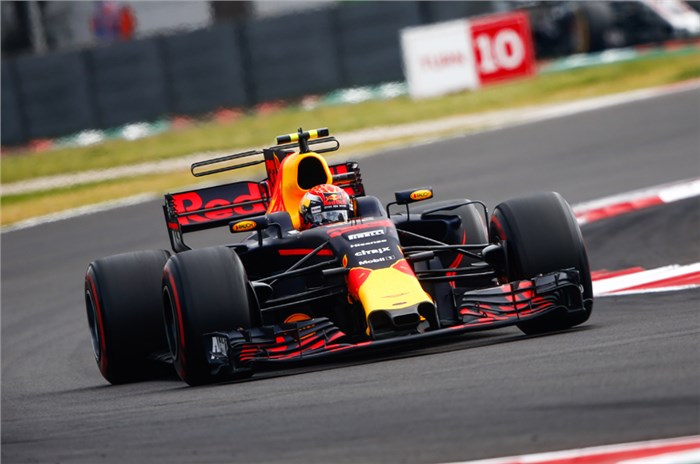 The Red Bull driver boldly passed pole-sitter Vettel into Turn 1 at the start, escaping contact with the Ferrari driver to continue and dominate the race at Mexico City. But behind him, Vettel had suffered minor front wing damage, and Hamilton got ahead of the Ferrari through Turn 2. Vettel then tagged the right-rear tyre of Hamilton on the exit of Turn 3, further damaging his own wing and giving Hamilton a puncture.

That forced both drivers to limp back to the pits, leaving Verstappen clear to defeat the second Mercedes of Valtteri Bottas by 19.6sec to take his third F1 win. Though Vettel recovered to fourth place to cut Hamilton's championship lead to 56 points, there are only 50 remaining in the final two races, meaning Hamilton won the championship despite only battling back to ninth.

While Hamilton struggled to close back up to the pack, Vettel made quick progress through the field, climbing up to seventh before the race was neutralised by the virtual safety car when Brendon Hartley's retired with an engine problem.

While Hamilton struggled to close back up to the pack, Vettel made quick progress through the field, climbing up to seventh before the race was neutralised by the virtual safety car when Brendon Hartley's retired with an engine problem. The trio rejoined in the same positions, with Vettel and Hamilton also pitting for fresh rubber and taking ultra-softs and super-softs, respectively, with a little over half of the race to go.

Vettel then lunged down the inside of Perez to take sixth at Turn 4 and made short work of Stroll into Turn 1 to snatch fifth, before setting off in pursuit of Ocon. The Ferrari driver caught the Force India one quickly and used DRS to blast past Ocon into Turn 1 for fourth, with teammate Raikkonen a further 24sec up the road with 14 laps to go.

Hamilton, who came out on top in a brilliant tussle with Fernando Alonso late on to take ninth, joins Vettel and Alain Prost on four world titles, with only Michael Schumacher and Juan Manuel Fangio ahead on the all-time list with seven and five, respectively.

Ocon equalled his best-ever F1 result with fifth, ahead of Stroll, Perez and Magnussen.

Daniel Ricciardo recovered from starting 16th – following grid penalties for engine component changes, to run seventh early on, but his race lasted just five laps as he suffered yet more problems with his Renault engine.

Marcus Ericsson spent the early part of the race just inside the points, but retired in the closing stages after reporting a brake-by-wire failure and retiring the car.

Renault suffered a double retirement, with Carlos Sainz Jr stopping late on after reporting his car was pulling on the straights.